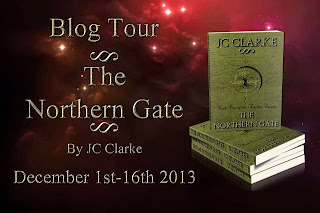 On December 6, 2013 the first of four volumes of The Edelyn Legacy  releases on Amazon.

The Northern Gate
by J.C. Clarke

Add it on Goodreads HERE 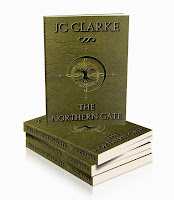 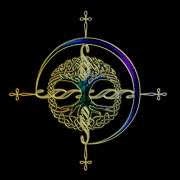 *DISCLOSURE: I did the primary edits for this novel; therefore my opinion may be considered biased.*

The prisoner; the wandering man; Natanael; Nathan . . . all one in the same.

Prepare to be taken on an adventure that begins in a small, rural village where everyday things like bicycling and ballet classes are commonplace and ends in a new world, that is to say, another dimension. Clarke is putting a refreshing spin on the age old tale of creation and you aren’t going to want to miss out!

Picture, if you will, existing in the dark, surrounded by a lack of anything warm . . . heat, light, goodness. Yet, you don’t give up. Even when this is all you know for centuries, you still do not despair, because you have a purpose; one that will affect the survival of not one, but two worlds.

Oh, but wait, there’s more—because of who you are and from whom you have descended, you have control over the elements. All of them: earth, wind, air, and fire. This means you are a power to be reckoned with; feared if you choose the dark, yet revered when on the path of light. You are special, but not nearly as special as Tabitha Morgan . . . a normal seventeen year old girl.

Or so she thinks.

Book one of The Edelyn Legacy introduces us to Tabitha, Nathan, and a plethora of unique characters who come together with one purpose: protecting the girl. For Tabitha to learn who she really is, they just have to keep her alive long enough to get through The Northern Gate.

Buy it on Amazon

J.C. Clarke lives in the heart of the New Forest in England with her husband and four children. Never a dull moment, her full house provides no shortage of inspiration which fuels her writing. She loves reading and writing a variety of genres in addition to dabbling with graphic art to create book covers, swag and more.