Have you read any of the books from Lorenz Font?
Let us introduce you to this amazing new author! 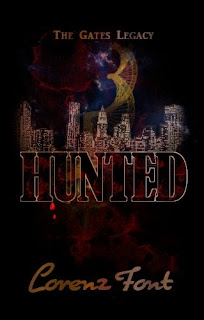 Deep in the heart of New York City’s underworld, a horrible disease is ravaging the vampire community. The Vampire Council is on a crusade to obliterate those infected, and Harrow Gates is target Number One. The unwitting source of the plague, he suffers from the same nightmarish symptoms as his victims. The world he'd been thrust into was cold, cruel, and intent on eradicating him, and the legions of afflicted vampires he created with his bite. A bounty hanging over his head, satisfying his hunger has become an enormous challenge for Harrow. The less he feeds, the more hideous and painful his lesions become. Constantly running for his life and learning new tricks to survive, Harrow is in no position to refuse when Pritchard Tack offers him a unique opportunity. Pritchard not only gives Harrow a new beginning, but also a purpose and a chance to rectify the chaos he created in the vampire world. However, the multi-billionaire has an agenda of his own.Jordan is a reluctant new vampire and a woman on a mission. After the demise of her family and her own transformation at the hands of Goran, the ruthless leader of the Vampire Council, her only focus is revenge. Constantly faced with one frustrating dead-end after another, a stroke of luck leads her to an underground facility that she suspects is the lair of the monster for whom she is looking. Upon learning more about the truth behind the secret bunker, Jordan must fight against her growing feelings of friendship and concern for the facility’s inhabitants. One man in particular threatens to pull her heart away from her sworn mission. There is something behind Harrow’s dark lenses that unsettles the hardened female. Once again, she trembles and hungers for something other than red-stained revenge. Is love strong enough to override her hate-fueled thirst for vengeance? 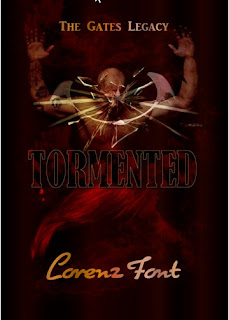 Tor Burns is a non-infected vampire who has taken refuge in the Tack Enterprises underground facility. Having survived a vicious attack with his fellow vampire Harrow, he now has a new purpose. Vampires afflicted with Gates Syndrome are still being hunted, and Tor is committed to saving them from the clutches of the Vampire Council. With a semi-cure within their grasp, Tor is reluctant to accept his new assignment: bodyguard to Allison Tack, the daughter of their fallen leader. Armed with an abrasive personality and fierce loyalty, Tor approaches this new responsibility with serious determination despite his reservations. Vampire Allison Tack is the beautiful and timid co-heir of the Tack fortune. Infected and hunted by the Council, those lucky enough to have known her father are determined to keep her safe. A walking target wherever she goes, Allison wants to learn how to protect herself, but no one is listening. Sick of being the helpless one in the company of trained fighters around her, Allison vows to prove that she can fight alongside the best of them. Meanwhile, the harem leader, Melissa, is hell-bent on unraveling any clue about her son Demetrius’s fate. He disappeared without a word, and time has made her desperate. Stepping up her efforts, she seeks the help of Demetrius’s son, Zane. With the additional manpower, Melissa finds the lair of the suspected vampires and wages war against them. Thrown together by necessity, Tor and Allison can’t continue to deny their attraction to each other. Tor wants to give in to his feelings for her, but old demons resurface. He must confront the past to prevent losing the best thing that ever happened to him. A life must be given for a life taken. Will Tor have to sacrifice himself before Allison pays the price? 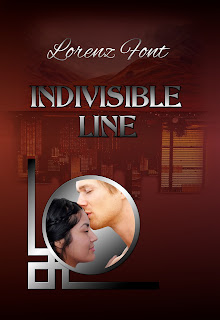 Pre-med student Sarah Jones is back in Beaver, Alaska, for summer vacation. A loyal member of the Gwich’in tribe, she accepts the rules set by her father, the leader of their small town. Raised in a strict household, she learned early on to do what is expected of her and has agreed to an arranged marriage. Despite her reluctance to marry without love, Sarah is unwilling to defy her father’s wishes. She hopes to help usher in an era of independence and stability for the town, but for now, her focus is finishing med school so she can become Beaver’s resident doctor. Business owner Greg Andrews wants to escape his philandering wife and his life in general. Leaving New York City to join a hunting expedition in Alaska, Greg’s plans are turned upside down when he is shot on Gwich’in land and ends up on Sarah’s operating table. In the absence of a qualified doctor, Sarah must operate to save his life. She refuses to wait for the consent of their tribal leader, and her father banishes her from the tribal land in punishment.Grateful for his life, Greg concocts a scheme to help. Plagued by the side effects of her unconventional operation, he convinces Sarah to become his live-in nurse. Without the means to support herself, Sarah agrees to the questionable arrangement, but she soon finds herself in even more trouble. Her new problem is that she is falling in love with this infuriating man, and the choices she now must make are must more difficult than the simple act of saving a man’s life.Together, Sarah and Greg must both decide whether they can overcome the vast differences between them, or if the indivisible line that separates their worlds will ultimately pull them apart. 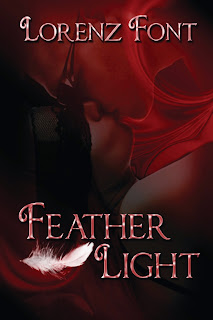 Parker Davis has conquered three major American cities and is the new ‘it’ man in massage. He earned the nickname “Feather Light” for his sensual touches, tender caresses, and soft voice eliciting an almost orgasmic release. Clients from all over clamor for his services, and his clientele is growing by the minute. Business is at its peak, which makes Parker a busy man who has no time to deal with problems, let alone dwell on his blindness. With his declining vision, Parker has to accept his limitations and the changes brought forth by this disease, but he is not ready to relinquish the last control he has left. He is still the master in his bedroom. Kelly Storm, a Hollywood actress, will do whatever it takes to get some much-deserved peace. Being famous has its perks, except the little privacy her popularity afforded her is slowly eating at her. With the paparazzi hounding her every minute of the day and her personal life under constant scrutiny, Kelly wants a semblance of normalcy wherever she can get it. Under the urging of a close friend, she agrees give Parker a try. Their first meeting is nothing she expects. Kelly finds comfort in his gentle probing and the spellbinding experience guaranteed to keep her coming back for more. Parker knows the woman on his table is special. He feels her vulnerability with his fingertips, and her smooth curves leave a burning ache inside him. One night of steamy passion is all it takes to know that they wanted each other in more ways than one. Kelly hides in heavy disguises, making it impossible for Parker to know her true identity. What secret is Kelly keeping, and will she trust Parker enough to tell him the truth? Will Parker see beyond Kelly’s lies to show her what a future with him holds?

Buy Links for ALL books 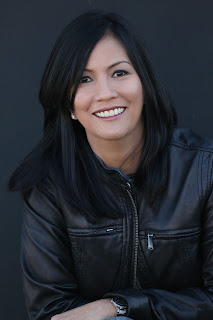 About the author
Lorenz Font discovered her love of writing after reading a celebrated novel that inspired one idea after another. She is currently enjoying the buzz from her debut novel Hunted, the first book of The Gates Legacy Trilogy and Indivisible Line, a romantic thriller. Her newest novel, Tormented, the second installment of The Gates Legacy, is now available for vampire lovers everywhere.


Writing is a therapy for Lorenz, and a perfect day consists of writing and playing with her characters while listening to her ever-growing music collection. She enjoys dabbling in different genres with an intense focus on angst and the redemption of flawed characters. Her fascination with romantic twists is a mainstay in all her stories.