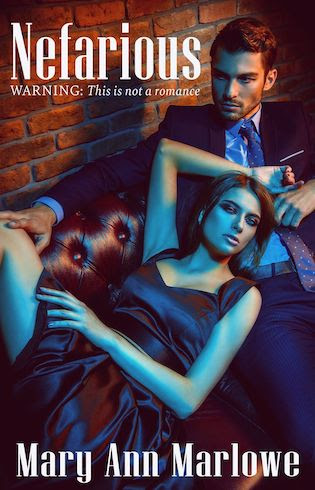 Warning: What you’re about to read is not a romance . . .

Diabolical Wall Street traders, Dane Russ and Val Montgomery, vaulted into fame and fortune as the power duo of financial technology. But after they lost the internet trading company they built from the ground up to ruthless Geraldo Valencia, they had to tuck tail and run to a Midwestern firm. Dane deals with the boredom by leaning into his playboy ways. Meanwhile Val plays the role of a scrupulous mentor, while secretly playing mind games with everyone at the office.

When Geraldo’s daughter shows up as an intern in Val’s summer training program, Val sees the perfect opportunity for her longed-for revenge—she’ll teach the girl nefarious business practices and send her home ethically compromised. But Dane’s not interested because he’s stumbled across his own opportunity for vengeance—a chance to seduce Noelle, the new CEO, and the woman who spurned him years ago.

As Val and Dane play cat-and-mouse with everyone else, their long-simmering history of unresolved romantic injuries with one another begins to burn beyond their control. While Dane doesn’t notice that a jealous Val has set him on a path to ruin Noelle, Val’s blind to the traps Dane has laid to bring her down. Although they’re adept at using everyone around them like chess pieces, their interpersonal game has no rules and can only end with their mutual destruction. If they don’t agree to a cease fire, Val’s reputation will be destroyed and Dane will lose his heart before he even realizes he’s risked it.

Val scanned the other interns, chess pieces on her board, sizing up their value to her. So far, the only one with the chutzpah to approach her sat at the far corner of the table. Anthony. He stood out in the way he sat. Leaning back in his chair, one foot crossed on his knee. Val raised an eyebrow at him, and he straightened up and put his forearms on the table. Now they were all a neat row of matching pawns.

The door swung open, and Dane waltzed in. Fifteen intern heads swiveled away from Val and gawked at him. Anthony vacated his chair with alacrity, as though he feared someone else might beat him to it. He gestured for Dane to sit, but Dane’s lip curled up on one side in disdain, and he simply leaned against the back wall, languidly pushing a stir stick around his Styrofoam coffee cup. Dane never sat at meetings. These kids will learn.

Anthony sheepishly pulled his chair back and returned to his place at the table.

As Val waited for order to return, she let her gaze linger on Dane, draped against the wall in all his languorous beauty. She knew he’d spent a fortune to look like he did, but knowing it didn’t make her appreciate it less. Of course, she’d seen him before he’d learned to groom himself so handsomely. She’d taught him after all. But he’d been born with those dark sultry eyes and that decadent luscious mouth. Fully aware she was drinking in her fill, he puckered his lips like he might blow her a kiss.

She inhaled, searching for a hint of his scent. If it wouldn’t be considered unseemly, she might be tempted to cross the room and take him up on his implied offer.

Instead she turned her attention to the interns, now waiting for her lead.

“This company,” she continued, “was founded by Martin Fleetwood in 1957 with a specialization in mortgage trading.” Val clicked through the slides, expanding on the historical events that nobody wanted or needed to know. The subject of the slides moved on to the current state of the company. “Have any of you researched the company’s stock position?”

Anthony raised his hand. “Yes, ma’am. Stocks are trading at thirty-eight as of this morning.”

Val glanced at Dane. “Are we up or down?”

Anthony opened his mouth, but Dane’s voice commanded the room’s attention. “The market’s hot, and our stock is rising.”

Val controlled her expression, but the corner of her mouth rose slightly. “What do you make of our throughput?”

Dane lifted his shoulders from the wall, engaged now. “I like our position with regard to market penetration.”

The interns had stopped taking notes, and their heads followed the volley as though they were spectators at a tennis match.

Val set up the shot. “And the projected yield?”

“Coming together.” Dane crumpled the Styrofoam and tossed it into the trash bin.

Val exhaled. “Our stockholders will be very satisfied.”

Dane reached in his pocket and produced a single cigarette. He toyed with it for a heartbeat before walking out the door.

Val bit the end of her pen. My most valuable chess piece moves in every direction.

Except into her bed.

No, she wouldn’t cede that game until she knew how they could both win.

With all the eyes back on Val, she proceeded to lecture them on expectations of ethics and compliance, chuckling to herself as they diligently took notes. 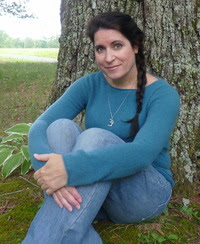 Some Kind of Magic is Mary Ann Marlowe's first novel. When not writing, she works by day as a computer programmer/DBA. She spent ten years as a university-level French professor, and her resume includes stints as an au pair in Calais, a hotel intern in Paris, a German tutor, a college radio disc jockey, and a webmaster for several online musician fandoms, plus she has a second-degree black belt. She has lived in twelve states and three countries and loves to travel. She now lives in central Virginia where she is hard at work on her second novel.

She loves to hear from readers and can be reached through her website at www.maryannmarlowe.com, on Facebook, www.facebook.com/marlowemaryann/, and at twitter.com/maryannmarlowe.