BOOK BLITZ: What He Wants by Jessie Gussman #GIVEAWAY 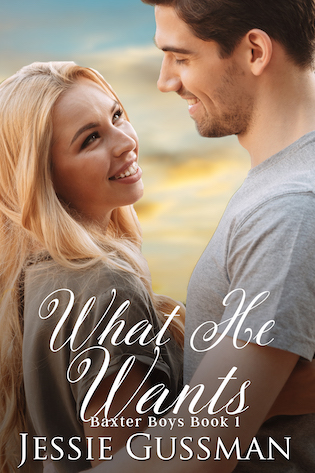 One night changed everything…
Cassidy Kimbell killed a man when she was only nineteen.
Torque Baxter took the blame, serving ten years for her crime.
He told her to flee the scene of the accident. He told her to run. He told her to keep her mouth shut, so that’s what she’d done. She’d let a boy with a crush become an innocent man behind bars.
Today, that man is being released.
Cassidy expects Torque to hate her. She knows nothing she has done to atone all these years can compare to what he’s lost. But she hopes becoming his sponsor on the outside, especially since she’s a lawyer now, might help.
Little does she know, Torque doesn’t want her to owe him.
He wants her to love him.
But to do that Cassidy would have to give up the life she’s built for the last ten years. She’d have to sacrifice it all, just like he did.

Goodreads / Amazon
—
EXCERPT:
“Are you okay?” His voice whispered across her face, and she shivered.
“I’m fine,” she said. “You’re wet. Are you hurt?”
“I’m glad I’m wet. I wouldn’t want you to think I planned this.” He stood to his feet, the water splashing around them. “Glad it’s been a little dry this year and the creek’s low. It would have softened the landing, but you’d have gotten wet if the water had been higher.” He splashed out of the creek and set her down. She didn’t let go of his neck right away, and they ended up pressed together, his hands on her hips.
“Why would I have thought you planned it?” she asked, a little breathlessly. Neither of them was hurt, and it had been fun, even after the rope broke. For her at least. She wasn’t wet.
“So I could hold you.” His hands tightened on her waist, and his head bent so his cheek rested against her temple so his words hit her ear then drove straight to her heart.
“You don’t have to make up elaborate schemes with frayed ropes and water in order to hold me.”
His body stiffened. His chest heaved in and out. It took him so long to answer that she wasn’t sure he was going to. “This was almost as good as driving with you.”
They could have been teenagers again, with no worries and few cares, driving down the back roads, free and easy.
“I miss your old pickup.”
He stepped back, and she let her arms drop, missing his heat immediately. “I’d rather have gone driving, but I need to put a truck together first.”
He grabbed her hand, and she laughed. “You’re the only person I’ve ever met that doesn’t ‘buy’ a truck, but ‘puts one together.’”
His chuckle drifted back as he led her out from under the bridge. “I’d fall in that dang creek a hundred times to hear you laugh. You need to do it more often.”
Her smile froze on her face. “It’s good to hear you laugh too. It’s actually good just to hear you at all.” She didn’t mean to slam him for not talking to her after he went to prison, but it had hurt. She’d thought she meant something to him, but he’d completely shut her out.
He paused, one foot on the bank, ready to climb up. “I’m sorry.” He turned, searched her face.
“Why?” she asked, even though it wasn’t the first time, and he’d refused to answer her.
She could hardly contain her surprise when he put a hand in his pocket and shifted, opening his mouth. 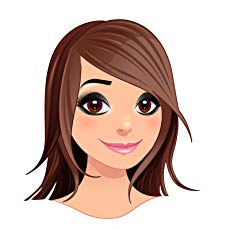 Jessie Gussman is the award-winning author of The Baxter Boys series and The Sweet Haven Farm series - soul-stirring, SWEET, small town romance with humor and heart.
Jessie lives in central Pennsylvania with a lot of other people. Some of them claim to be related to her. She has five dogs, nine nice cows plus one that tries to kill her every day, and twenty thousand chickens. Some of the people in her home claim a cat lives there, too, but those reports have not been substantiated.
Jessie cooks for a crowd every day (except when she can get out of it) and does as little cleaning as possible.
Jessie is allergic to social media, but she does send out a newsletter once or twice a week to a thriving community of several thousand readers. Anyone can subscribe, as long as Jessie doesn't have to cook for them. Her newsletter includes snippets from her life and books, along with special deals, offers and sneak peaks of soon-to-be released novels. Sign up here and get a FREE sweet romance novella delivered to your inbox: https://dl.bookfunnel.com/qx71qtunbm