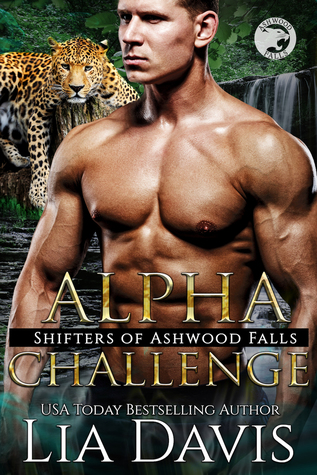 Words that describe a rogue, not a den mother.

Rhea Scott has crawled out of the darkness lingering in the deepest part of her soul. Keeping her grounded are her pack, the kids she protects and cares for, and a partner she keeps at a distance. Mating with Alec would be a fatal mistake—he’d crash and burn with her if the darkness ever won.

Nothing will stop Ashwood leopard Marshal, Alec Andrews, from claiming Rhea. The stubborn female thinks she's protecting him by denying the mating pull, but she’s wrong. He’ll tear down the walls she’s built around her heart and show her they belong together.

The war is supposed to be over, but a new enemy has risen from the fallen Onyx Pack's ashes. After children are kidnapped, Rhea's wolf goes into maternal protection mode and she won't rest until the kids are home safe. No one is going to stop her, especially that hotheaded, sexy, alpha male, Alec Andrews.

Goodreads / Amazon / Barnes & Noble / iBooks / Kobo
—
EXCERPT:
Standing, she stretched and picked up her cup. Just as she thought, cold. She crossed the living room to her kitchen. She placed the cup in the microwave and push the quick start button to warm her cocoa. A knock sounded on her front door.
Glancing at the clock and noting it was still early—7:00. The knock sounded again and she went to answer it. Alec’s handsome, cocky smile greeted her when she opened the door.
Damn if all her lady parts didn’t spark to life seeing him. Her wolf nudged her move closer, take a bite. Stepping aside, she motioned him inside. “Come in.”
He stuck his hands in his pockets as he moved farther into the living room. “I came by earlier, but you weren’t home.”
“I went for a run.” She closed the distance between them.
He looked into her eyes and she could see his cat looking back at her. Damn, he smelled good. “Why are you here, Alec?”
His gaze narrowed and he tilted his head slightly. “Come to see you.”
There was something else beside him just stopping by. No matter how much he’d chased her, he never showed up out of the blue. He’d call first. “You saw me earlier.”
Okay, that might have been uncalled for, but she was tired and amped up at the same time. She didn’t have the energy to fend him off.
He opened his mouth then closed it. After several more attempts he finally formed words. “We need talk.”
She raised a brow. “We do?”
Frowning, he stepped closer so the heat from his body washed over her. His scent enveloped her, tearing down her resistance against him. It’s been too long since she’d had sex. She couldn’t do it with anyone as long as her mate was in the Pack.
“You should leave.” She turned to put some space between them.
Alec grabbed her upper arm and pulled her into his body. She whimpered and internally cursed herself for the weakness. He pressed his lips to her neck and her pussy ached and pulsed. Damn him.
“I want you so bad it hurts. I’m tired of waiting, Rhea.” His breath was hot against her flesh.
When his words sank in, her heart danced and her blood heated. Her wolf howled. “What…wait.”
Pausing, he studied her with brows drawn. “Don’t run from me, from us. If I’m not your mate tell me, and I’ll leave.”
Leave? Her heart hammered and her stomached soured at the thought of Alec not being in her life every day. He couldn’t leave the Pack because he was the Marshal, which meant she’d have to be the one to leave. She’d known he was her mate from the moment she met him thirty years ago. However, she was in mourning and still messed up from the head job Royce did on her. Becoming the den mother had helped her heal and focus. Alec had become a friend.
When he finally admitted she was his, she tried to deny it. She ran and pushed him away because he didn’t deserve someone as broken as she was. Someone with a past like hers. 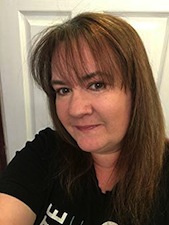 In 2008, Lia Davis ventured into the world of writing and publishing and never looked back. She has published more than twenty books, including the bestselling A Tiger's Claim, book one in her fan favorite Ashwood Falls series. Her novels feature compassionate yet strong alpha heroes who know how to please their women and her leading ladies are each strong in their own way. No matter what obstacle she throws at them, they come out better in the end.
While writing was initially a way escape from real world drama, Lia now makes her living creating worlds filled with magic, mystery, romance, and adventure so that others can leave real life behind for a few hours at a time.
Lia's favorite things are spending time with family, traveling, reading, writing, chocolate, coffee, nature and hanging out with her kitties. She and her family live in Northeast Florida battling hurricanes and very humid summers, but it's her home and she loves it!