BOOK BLITZ: Crazy For You by Sophia Henry #GIVEAWAY 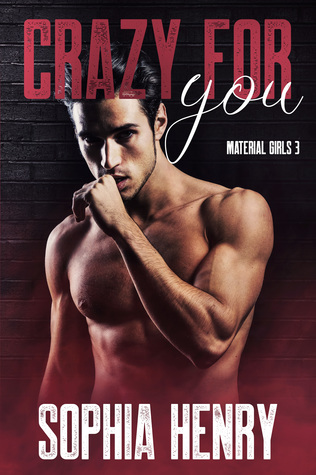 I’m gonna kill my brother.
I should be in the office keeping our tattoo ink distribution company together. Instead, I’m stuck dealing with a 22-year-old, tatted-up tinkerbell. Em Vicious is a walking, talking contradiction: a sassy, goth fairy with a body inked in flowers, stars, and jewels.
While she’s promoting Ambassador Ink, the flirtatious, free spirit needs a babysitter. And thanks to my brother and his wife who’s about to drop twins, I’m the one who has to accompany her during her tour as a guest artist at tattoo shops across the country over the next four weeks.
Sharing the same space with an immature artist is hard enough, yet something about her has me thinking about my own past.
When the barbs become banter, and desire flourishes from frustration, I should tell her to turn and walk away. I see too much of myself in her–and it scares me. I’m afraid the pressure of money and fame might lead her to the same place it lead me–the peak of a suspension bridge and ready to jump.
CRAZY FOR YOU is a full-length standalone novel in the Material Girls series. Happily Ever After guaranteed. WARNING: Be ready for playful banter, forced proximity, enemies to lovers, and a sexy May-December romance.

Normally, being face-down, ass-up, and waiting to be hand-cuffed would be a welcome Friday night activity.
Too bad it’s Tuesday, and an actual officer of the law is the one doing the cuffing.
Before all the commotion, I’d just fallen into an amazing tranquil lull of relaxation. I barely smoke weed anymore, so I can normally get pretty high off a hit or two, but Fozzie’s water bong has a nasty, dark, film of resin on the inside of the base, which means he barely cleans the thing. I needed four hard hits to get any sensation. A part of me wonders if I’m inhaling black mold instead of marijuana.
Though his couch is probably coated with more disgusting fluids than a motel comforter, I’m sprawled out with my hands clasped behind my head. If I allowed myself to think about how much shit has been spilled and jacked onto this dirty-ass piece of furniture, I’d never even come over, let alone lay on it. But Fozzie’s my oldest friend, and sometimes you suck it up and forget about housekeeping habits for people you love.
Fozzie, or Franklin Thomas the Fourth, which is how our teacher introduced him when he joined our class midway through our third-grade year, sits on the floor sorting packets and counting cash.
“When are you going to stop selling that shit, Foz?” I ask.
“When North Carolina legalizes it,” he responds, holding up a thick stack of bills. “Wanna spread it out on my bed and roll around in it?”
“Nah, we did that last Tuesday,” I tease.
For the record, I have never rolled around in drug money. I may have done it after being paid in cash for the first major back piece I tattooed, but it was totally a joke.
I really wish he’d stop selling weed, but I know he needs the money to make ends meet while his band, Drowned World, carves their place in the music scene. I’ve offered to loan him cash on multiple occasions, but he always turns me down. Stupid male ego shit. Thankfully, they’re climbing the charts fast and getting recognized by more people every day, so he should be able to leave his dealing days behind soon.
I’m not hating on it, because I totally get the hustle. I almost resorted to selling weed back when I first left my parent’s house. But as much as I wanted to piss them off at the time, I knew I’d ruin their reputation if I got busted for something like that and I just couldn’t have that on my conscious. I don’t hate them, I just don’t want to be a part of their lifestyle.
“If you need to use the bathroom, use the one upstairs, okay?” He lifts his head, a shock of bleach blond hair falls, covering one eye. The rest of his head is shaved, except a patch on top that’s been bleached, gelled, and sprayed to stay in place.
“Got it.” I don’t think anything about his request. Fozzie lives with two other guys —and none of them take any steps to keep any of their rooms clean. The bathrooms, especially, are always disgusting.
The electronic, 80’s vibe of Missio’s “Rad Drugz” fills the air, slowing bringing me to another level of relaxation. I’ve almost fallen into a wonderfully hazy state of mind when a booming bang on the door startles me out of my dazed haze. A muffled voice announcing themselves as “the police” calls for us to open the door.
Everything is a blur from there. Probably because my mind immediately switched from a luxurious relaxed state to ultra-paranoid within seconds.
“Fuck!” Fozzie jumps to his feet, kicking the bags of weed under the couch before heading to the door. He glances at me over his shoulder, waiting as I shove the bong between two couch cushions and tug an afghan over it before he opens the door. 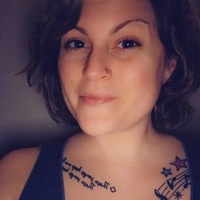 Award-Winning Author, Sophia Henry, is a proud Detroit native who fell in love with reading, writing, and hockey all before she became a teenager. She did not, however, fall in love with snow. So after graduating with an English degree from Central Michigan University, she moved to the warmth of North Carolina for the remainder of her winters.
She spends her days writing books and tweeting too much. When she's not writing, she's chasing adventure with her two high-energy sons, watching her beloved Detroit Red Wings, and rocking out at as many concerts as she can possibly attend.