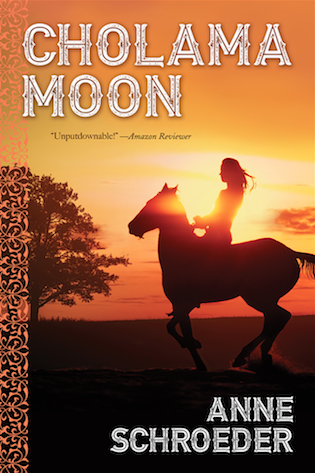 Young Virginia Nugent’s privileged life ends with the death of her mother and her father’s guilt-ridden descent into addiction. She is torn between her love of the ranch and her desire to escape, until a Southern friend of her late mother makes an offer that can change her life. Four years later, she returns from boarding school in Santa Cruz, the gorgeous image of her mother. She has become a lady, but she must make a life amid the earthquakes, banditos, remoteness and human failing of her beloved Cholama Valley. A faithful story of early California with real places, people and events, and a lot of imagination. 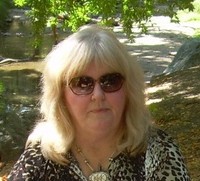 Anne Schroeder describes herself as a calorically-challenged Aphrodite with an unmistakable fervor for life. Second of seven children, she was born in Ventura County, California, the subject of her first memoir, BRANCHES ON THE CONEJO: Leaving the Soil after Five Generations.
In 1971 she graduated from Cal Poly, SLO, in the first wave of the Social and Sexual Revolution with a degree in Social Science, a husband, toddler and part-time job. Her memoir ORDINARY APHRODITE is an adventure tale about a life of small steps in the Boomer women's experience. Her fiction and memoir have won numerous awards.
She served as 2015 President of Women Writing the West, 2016 WILLA Literary Competition Chair and is a member of Western Writers of America. Her Central Coast Series features well researched, character-driven novels about the history of Central California in the Mission California era. CHOLAMA MOON is the first in the series, a western romance with gritty attitude. MARIA INES was released in October 2016. It follows a Mission Indian girl through the Spanish, Mexican and Yanqui conquests of California.
In this era of publishing it is hard for a writer to distinguish herself from the herd. I so appreciate my reader/fans and their valuable input. I strive to be an inspirational voice for people of the land, both modern and historical. For me, joy in writing comes from finding forgotten research books. I love combining facts with storytelling to create an unforgettable saga that remains in the heart long after the last page is read. For a bit more here's a link to a recent interview by a fellow author: