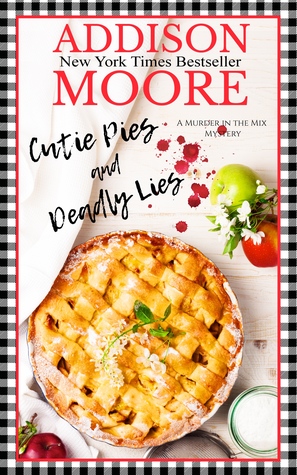 A HILARIOUS cozy mystery from the New York Times bestselling author Addison Moore
My name is Lottie Lemon and I see dead people.Okay, so I rarely see dead people, mostly I see creatures of the dearly departed variety, aka dead pets. And for some reason those sweet, fluffy albeit paranormal cuties always seem to act as a not-so-great harbinger of deadly things to come for their previous owner. So when I saw that sweet orange tabby twirling around my landlord’s ankles, I figured Merilee was in for trouble. Personally, I was hoping for a skinned knee—what I got was a top spot in an open homicide investigation. Throw in a hot judge and an ornery detective that oozes testosterone and that pretty much sums up my life right about now. Have I mentioned how cute that detective is?
Lottie Lemon has a bakery to tend to, a budding romance with perhaps one too many suitors and she has the supernatural ability to see dead pets—which are always harbingers for ominous things to come. Throw in the occasional ghost of the human variety, a string of murders and her insatiable thirst for justice and you’ll have more chaos than you know what to do with.
Living in the small town of Honey Hollow can be murder. 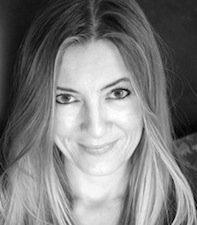 Addison Moore is a New York Times, USA Today, and Wall Street Journal bestselling author who writes contemporary and paranormal romance. Her work has been featured in Cosmopolitan magazine. Previously she worked as a therapist on a locked psychiatric unit for nearly a decade. She resides on the West Coast with her husband, four wonderful children and two dogs where she eats too much chocolate and stays up way too late. When she's not writing, she's reading.
Website / Goodreads / Facebook / Twitter