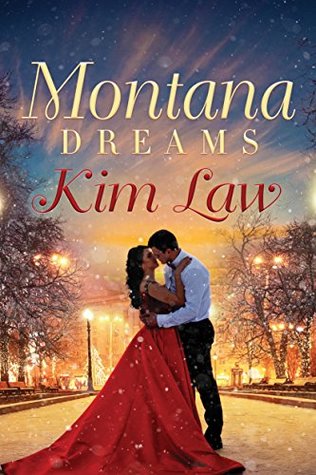 Sometimes dreams change…and sometimes it takes a dream reader to make it happen.
When Jaden Wilde’s girlfriend turns down his marriage proposal just months before he receives his master’s in counseling, he’s convinced that it’s cold feet. Until he learns that her no came at the advice of a new age “dream reader.” But Arsula’s hardly the woo-woo hippie his scholarly mind imagined. She’s charming, smart, and uncannily perceptive. And before long, he’s drawn to her—despite his ongoing skepticism for how her practice works.
Arsula’s intuitions led her to Birch Bay not to guide Jaden’s girlfriend—but to guide him to his best life possible. As the odd one out in an unsupportive family, Arsula can relate to the struggle to find one’s path, and she wants to see Jaden with the woman of his dreams. Although she’s cautious of being the rebound girl, what she’s starting to feel for him is too real to ignore.
When Jaden’s own volatile family issues come to a head and his doubts are made resoundingly clear, Arsula worries she’s misread the signs. Maybe they’re all wrong for each other. Maybe he should be with his ex. She’s supported him, but if he can’t believe in her, how will they ever find out if they’re truly meant to be?

Goodreads / Amazon
—
EXCERPT:
The ringing of a bell interrupted her thoughts, and when she realized it was coming from directly below the open door, she rose and crossed the room. Standing at the bottom of the stairs, with a light now shining in the stairwell, was Jaden, dressed in a pair of black slacks she hadn’t seen before—split at the knee to accommodate the cast—a white button-down shirt, and no expression on his face whatsoever.
The bell kept ringing.
“I take it you need something?” She rested her shoulder against the doorframe and shot him a sarcastic look.
“I do.”
“Is that so?” She highly doubted it. She made a show of angling her head in both directions as if checking to see that nothing looked out of place. “You don’t look to be in pain of any sort.”
He rang the bell harder, but his lack of expression didn’t change.
“Jaden,” she finally yelled out, and his hand quit moving. “I’m busy up here.” She thought about the website and had the idea to show it to him. Would that help him to see that she wasn’t just a flake?
Did she really care what he thought about her?
She did.
And for some reason, the idea of showing it to him excited her.
The bell started up again, before she could make up her mind to grab the laptop and take it down to him, and as the noise clanged louder, Jaden’s expression went from nonexistent to one of mulish intent. He clearly intended to keep ringing the blasted thing until she went down there.
“Stop ringing that bell!” Though she hadn’t heard the noise in days, he’d rung it enough the first couple of weeks to make her regret ever giving it to him. And at the moment, she regretted forgetting to take it away.
“Then come down here and see what I want,” he yelled back.
“You don’t need anything!”
The noise stopped so abruptly that she weaved in place, suddenly off balance. “But I do,” he told her, and this time his tone was sincere. 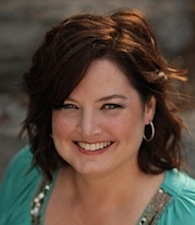 Author Bio:
As a child, award-winning author Kim Law cultivated a love for chocolate, anything purple, and creative writing. She penned her debut work, "The Gigantic Talking Raisin," in the sixth grade and got hooked on the delights of creating stories. Before settling into the writing life, however, she earned a college degree in mathematics and worked as a computer programmer. Now she's pursuing her lifelong dream of writing romance novels. She has won the Romance Writers of America's Golden Heart Award, has been a finalist for the prestigious RWA RITA Award, and has served in varied positions for her local RWA chapter. A native of Kentucky, Kim lives with her husband and an assortment of animals in Middle Tennessee.