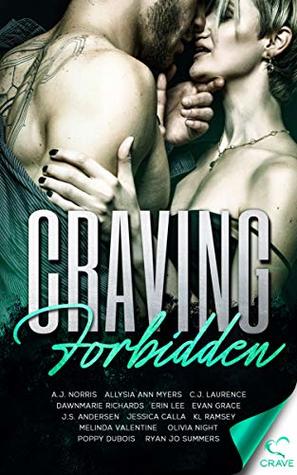 Banned. Prohibited. Not allowed. Off limits.
There’s one word which means something completely different, yet it always seems to go hand in hand with the forbidden…
Temptation.
It follows the untouchable, clings to the taboo, slowly luring you in, only to corrupt the last bits of self-control you might have. Nothing is more enticing or more alluring than the one thing that has forbidden stamped all over it.
Like the beautiful daughter of your mortal enemy. Or the gorgeous best friend of your older brother. There’s also the much older man who makes you want to throw all your inhibitions to the wind. Whatever your vice, this collection is everything you need to indulge.
So, forget the rules. Ignore the warning signs.
Embrace the illicit, and allow yourself a taste of the…
FORBIDDEN 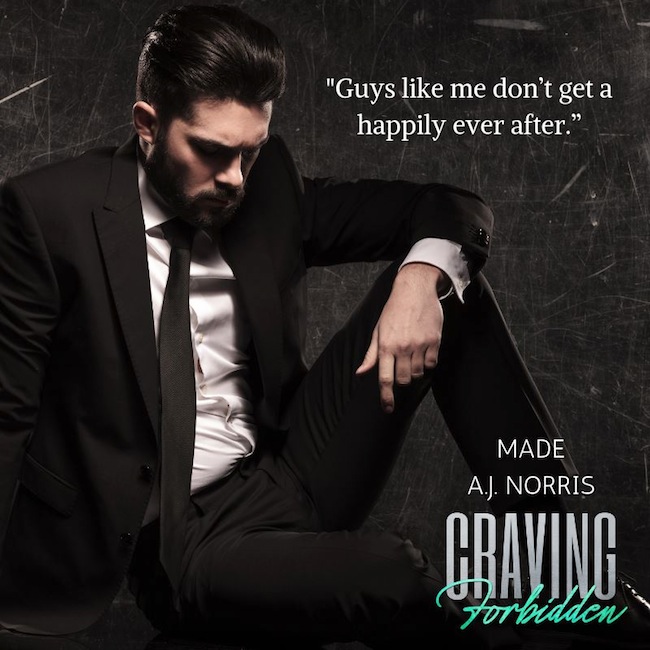 —
SNEAK PEEKS:
“On My Honeymoon” by Evan Grace
We reach my bungalow and the bellhop carries my luggage into the bedroom and then quickly shows me around and telling me where everything is. I hand him a tip and then shut the door behind him.
I kick off my shoes and then walk around the space, I’m in awe at the pure beauty of this place. There are a set of double doors in the bedroom that when I push them open I gasp. The view is breathtaking. It’s blue as far as the eye can see. I move to the end of the deck, a light breezes blows the loose strands of my hair all around me.
I walk to the stairs that lead right into the water, and sit down on the top step. I tilt my head back, and close my eyes, letting the sun beat down on me. When I stand up I find my neighbor standing on his deck as well. It’s the man from the plane. He’s wearing a white linen shirt, khaki shorts and he’s barefoot.
I hurry inside before he catches me gawking at him. For my first night I decide to just stay in, and relax. When I finally slip into the huge tub I sigh because it’s heavenly. While I soak I begin to analyze my relationship with Alex. It wasn’t perfect, but I thought we were happy.
—
“Crossing Jordan” by Ryan Jo Summers
Fifteen minutes later, Jordan stood in the produce section of Cimarron Shores’ grocery store, studying tomatoes. A salad sounded good with her dinner. Beefsteak or cherry? Selecting two ripe beefsteak, she moved on to lettuce. Romaine or iceberg? A movement two rows over caught her eye, then a smile crossed her face as her heart skipped a couple of beats and warmth pulsed through her.
Will pushed a cart slowly along the apple and pear aisle, a confused look on his face. She had to admit, it looked cute on him. So did the tight, gray ARMY t-shirt under his untucked flannel shirt and painted-on blue jeans. Umm-umm. If they used him in their recruitment posters, ladies would be flocking to enlist in the Army.
“Hey, Will,” she greeted as their carts almost bumped. “Fancy meeting you here.”
Please don’t let him be scared off by Derek too. She found she was holding her breath.
A blush touched his stubble-roughened cheeks and he waved a long list clutched in his hand. “Hi. I’m trying to help Grams and Mom with their weekly shopping. Grams gave me a detailed list.” He shook the paper again. “But she left a lot of the details out.”
Jordan couldn’t help but smile at his clear confusion. Poor guy probably didn’t shop much—at least not for a café like The White Orchid. She liked his sheepish grin, enjoying how it made her toes curl and butterflies to take off in her stomach. She sucked in a deep breath to steady herself and gripped the cart handle. Then she moved around the cart so they stood hip to hip. She breathed in his woodsy aftershave. He smelled so masculine. And sexy.
“Maybe I can help. I’m pretty good at shopping.” She eyed his cart. He didn’t have anything in there but a loaf of bread. He extended the list, relief on his face.
“Granny Smith apples. Six pounds,” she read. “What detail did she leave out for that?”
Will shook his head. “Grams isn’t a Smith. She was a Mead before she married Gramps and became a Larkin. So who is Granny Smith and what does she have to do with apples?”
Jordan swallowed her giggle, hiding behind brushing her knuckles over her chin. “That’s a type of apple, usually used for baking because they have a tart flavor.” She waved her hand to the signs over the apple bins. The light flickered above Will’s head as he scanned the names.
“I’ll be,” he said slowly, more color flushing his cheeks. He turned back to Jordan, that sexy boyish grin playing over his lips. “You must think I’m a real dunce.”
She thought he was real cute, and a strong desire to kiss him stole over her. 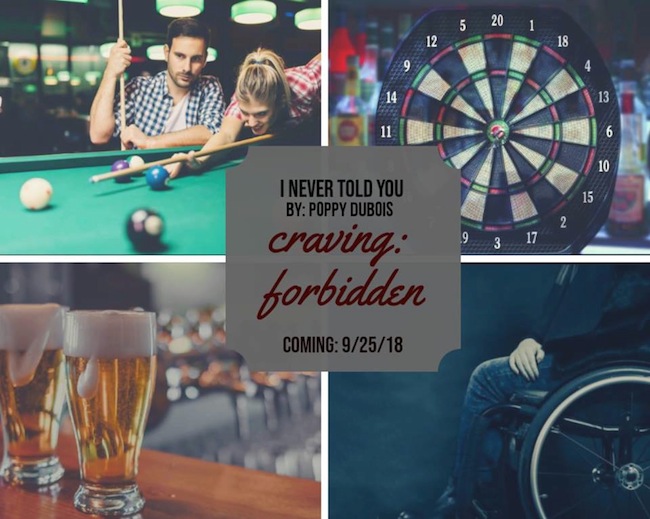