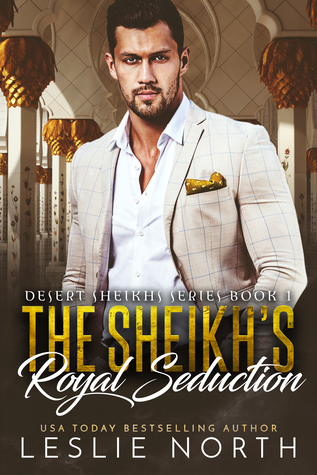 An exotic prince, a sharp-tongued vet, a passion neither can ignore…
Desperate to save his favorite lioness, Sala, from a deadly disease, Prince Zatar summons exotic wildlife veterinarian Alex Seaton to the palace. But when a stunning woman clad in western clothing arrives at the palace, he’s convinced there must be a mistake. The sharp-tongued, defiant woman couldn’t possibly be skilled enough to save Sala. However, as she works to heal his beloved pet, a dark passion simmers between them. To take her to his bed would be scandalous, but how can he resist such sweet temptation?
Alexis Seaton is all too aware of the practiced seduction of royalty. As a renowned animal healer, she’s spent time in countless luxurious gardens with some of the most exotic big cats in the world. To maintain her professional status, she must resist the prince’s sultry, searching eyes and sensual promises. Only a fool would give up her life’s passion for one night in the arms of a man who would forget her by morning. But under Zatar’s watchful gaze, her resolve shifts like the sands of Arabia, and even she may not be able to resist the sheikh’s royal seduction forever…

Goodreads / Amazon
—
EXCERPT:
Timak unlocked the gate and ushered her inside. Alex stepped carefully, feeling a somber air inside this enclosure. Zatar stirred as they approached, his eyes shrinking to slits.
Alex’s mouth fell open as she took him in. Gorgeous was an understatement. The man was made from magazine models, it seemed; piercing hazel eyes under dark brows and luscious black hair. He scrambled to grab his keffiyah and place it on top of his head, then rolled smoothly to his feet.
“Who are you?” His husky voice cut through the air, shaking her from the reverie. She blinked a few times, glancing back at Timak.
“I’m Alexis.” She offered a hand, smiling tightly as he approached. “The veterinarian.”
Zatar stopped a few feet away, his manly presence sinking into her. Broad shouldered and with a certain quality that made her feel like she was meeting a longtime favorite celebrity. Butterflies erupted against her will. He frowned down at her hand.
“There’s been a mistake. We called for a male doctor.”
She blinked, lowering her hand. “Um, no. There’s no mistake. I’m Alex. Alex Seaton.”
His eyes narrowed as he took her in, his jaw working back and forth. She’d worked with enough rich guys to know they preferred things to go their way. And if he’d been under the illusion that she was a man this whole time… She didn’t want to test his adaptability. Royals were notoriously rigid.
“This is nonsense.” He huffed, turning his back on her. “Timak, where’s the real vet?”
Alex’s eyes widened as though he’d slapped her. “Excuse me?”
“Sir, this is the real vet,” Timak said timidly from outside the enclosure. Maybe he’d stayed out there for this reason. Knowing his employer would throw a royal-grade hissy fit about the mistaken gender identity.
“Mr. Balizar,” Alex began.
“Prince Zatar,” Zatar snapped. “Your highness, to be accurate.”
She cleared her throat. “Your highness.” Yep. He was a pretty baby, just like all the rest of the golden-spoon rich guys. Wasting all those good looks on immaturity. She drew a deep breath, drawing on her well-stocked reserve of patience. “I am a highly qualified veterinarian, and your people called me.”
He scoffed, flinging his hand in the air.
Her nostrils flared. Her patience was officially worn out. “Okay then. I’ll just excuse myself, since you clearly don’t want my help.”
She headed back toward the enclosure gates, where a stricken Timak stood clutching the bars. She had just reached the gate when a hand grabbed her shoulder, spinning her around.
Zatar stood behind her, chest heaving, his hazel eyes full of torment. “Wait.”

Leslie North is the pen name for a critically-acclaimed author of women's contemporary romance and fiction. The anonymity gives her the perfect opportunity to paint with her full artistic palette, especially in the romance and erotic fantasy genres.
The truth of the matter is she loves her fictional persona, Leslie North, more than her normal, day-to-day persona! Her bestselling books focus on strong characters and particularly women who aren't afraid to challenge an alpha male. Inspired after years of travel, her stories are set all over the world, from the tough streets of Russia to the beautiful beaches of the middle east.
Leslie fell in love with romance when she first picked up a scrappy, dog-eared romance book from her local library. She began writing soon after and the rest, as they say, was history. She now lives in a cozy cottage on the British coast and enjoys taking long walks with her two Dalmatians, George and Fergie.
She LOVES reader feedback, and if you have any comments, don't hesitate to contact her via e-mail: leslie@leslienorthbooks.com.
Website / Goodreads / Facebook / Twitter