This week, Lissa Bryan is giving us a sneak peek at the fourth installment in the End of All Things series!

It started with a virus...

A generation has passed since the pandemic known only as the Infection ended the world as we know it. The world in which Taylor struggles to survive is a harsh and brutal place.

Here is a sample of the first chapter, and the beginning of a new journey.


She woke to the sound of screams and gunfire.

Taylor sat up, looking around her darkened room, holding her breath as she listened. For a moment, all she heard was the pounding of her own heart and then there was another shriek, this one not far away. Taylor rolled out of her bed and crouched low, heading for the window. She used the side of her fist to rub away some of the grime that coated the glass on the inside, though the outside was still clouded and all she could see an ominous orange glow and wavering shadows.

Feet pounded down the sidewalk in front of her room and the shadowy outline of human forms darted past her windows. Someone was crying, horrible sharp sobs.

Taylor crept to the other side of the window where a hole had been broken out of one of the panes long ago. She slowly pulled out the rag stuffed in the gap and peered out.  A body lay in the parking lot outside her window and she smothered a gasp by pressing a hand to her mouth. The bloodied head was turned away from her, but she recognized that tangle of blonde curls and the green sweat pants the body wore. It was Grace, and she was dead.

Tears burned in Taylor’s eyes, but she forced them down, swallowing hard. A loud bang drew her gaze, and she saw a man with a rifle kick in the door of a room on the opposite side of the parking lot. He charged in and emerged seconds later, dragging a woman by her hair.

Time to go. Taylor didn’t know what was going on, but she could figure that out later.
She crawled over to her bed, keeping low, and reached beneath the mattress. Years ago, a large hole had been gouged out of the underside. It made a perfect cavity for stashing her bag to keep it safe from thieves.

She heard a bang next door and a louder scream and ran for the bathroom. As her hand touched the knob, she glanced back at the dresser.

Shadows flickered outside her window.

After a moment of hesitation, Taylor bit her lip and darted back to the dresser. The pulls had long ago been stolen or broken off, and she had to scratch with her fingers at the sides of the drawer to get a grip. She finally managed to yank it open and scooped out the small box inside, tucking it below her arm as she ran for the bathroom. She shut the door behind her, flipping its pathetically flimsy lock.

She hoisted herself up onto the toilet tank and pushed the transom window up. The glass had been broken out long ago and was now covered with pieces of plastic she easily pushed from the frame.

She peeked outside but didn’t see anyone. Smoke stung her nose and the sky was orange with the reflected flames, getting brighter with every moment. There was the loud retort of a gunshot and a scream cut off with horrifying abruptness. Taylor shoved the small box into her bag and looped it over her shoulder.

With a small grunt of effort, Taylor hauled herself up and crammed her body through the window, not taking time to care about the scrapes and scratches from the metal frame. She fell with a thud to the pavement below and winced as she wobbled to her feet.

She should make for the woods, she decided. Run like hell and don’t look back until she knew she was safe, but to get there, she had to pass through the end of town, and she already saw signs of chaos down the street.

Copper, the owner of the bar on the corner, knelt in the middle of the street while a man with a machete stood over him, watching as others carried out boxes of bottles from the building to a waiting wagon. The flames glinted off his ginger hair and Taylor saw that Copper was crying, his shoulders shaking as he wept.

Not that way, then.

Taylor crept along the back wall of the motel, crouched low, keeping her head down. She reached the corner and peeked around the edge.

A man stood there, grinning. “Hands up.”

There weren’t any options at the moment. Taylor complied. “Please, don’t hurt me.”

“I got another one!” the man shouted back over his shoulder. “Come here.”

Taylor nodded. She started to stand up, but lost her balance and toppled over. With an exhalation of impatience, the man stuck a hand out to grab her. Taylor felt a strange zing of energy bolt through her.

She grabbed the back of his hand and before he could react, twisted it hard, cupping her other hand over his elbow and forcing it flat, against the bend. Before he could react to being thrown off balance, she rammed her foot down on the side of his kneecap. His roar of pain downed out the crunching of bone. He collapsed to the ground and Taylor swept up the baseball bat he’d dropped. She brought it down on the side of his head as hard as she could and spun around, looking to see if his scream had drawn anyone’s attention.

No one appeared in the gap between buildings.

Panting, she wiped her sweaty face and looked back down at the man’s body again, sprawled at her feet. He was wearing a t-shirt, and on his right forearm were a crudely tattooed series of numbers, a zero, at the wrist, a nine above it and an eight in the center of his forearm. Each number below the eight had several vertical lines through it.

“Oh my God, it’s the Nine,” Taylor whispered. For a moment, her knees felt wobbly.

Taking several quick breaths, she reminded herself she didn’t have time to panic. She looked around again to see if she’d been spotted and then ran toward an old, rusted dumpster behind the next building.

Her own breathing was the loudest sound and she struggled to get it under control. Her hands were shaking so hard it was difficult to grip the bat. She could see the entire roof of the motel was now covered in a sheet of flame, and from the columns of smoke, it wasn’t the only building on fire.

She had to get to the gap in the fence so she could make it to the woods. She would be safe there. She could hide there.

The first three books in the End of All Things series are now available in a single volume set for only $9.99. 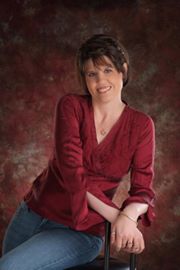 Lissa Bryan is an astronaut, renowned Kabuki actress, Olympic pole vault gold medalist, Iron Chef champion, and scientist who recently discovered the cure for athlete's foot.... though only in her head. Real life isn't so interesting, which is why she spends most of her time writing.