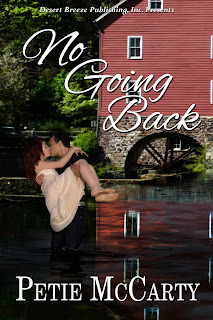 Kellen Brand's inheritance turns out to be a whopper -- one dilapidated farm in West Virginia and one guardian angel! Since Kellen is convinced no sane woman would choose to live in Riverside, she vows to sell her farm and quick. Her handsome and reclusive neighbor Luke Kenyon must block the farm sale or risk exposure of his family's secrets. While Kellen has located one potential buyer, she faces a town full of objectors. Someone is trying to frighten her off, and Luke is forced to step in and rescue her more than once. Unfortunately, Kellen can't seem to stay out of trouble. She stumbles onto a clandestine hazardous-waste-dumping operation next to her farm, and she prays Luke has one more rescue up his sleeve. It's her only hope of staying alive. Unless her mother really did leave her a guardian angel…

ANGEL TO THE RESCUE (Book 2) 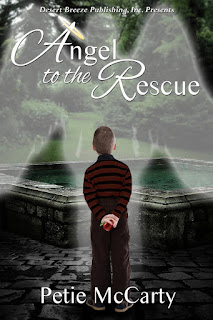 Child psychologist Rachel Kelly isn't quite sure how to handle the situation with her newest client -- a six-year-old boy who says he can talk to angels and one is coming to help Rachel. She already has her hands full of trouble this Christmas season, and things quickly take a turn for the worse when a stalker crashes Rachel's Christmas party and takes her young clients hostage.
Police negotiator, Lt. Jake Dillon, walked away from his fiancée Rachel when she suddenly balked at having kids. His kids. Yet when the hostage crisis erupts, Rachel calls Jake first. Now he has a choice to make -- stand back and wait for the cavalry to save Rachel or step in and try to save her himself. Time is running out, and Jake may be their only chance for rescue.
Unless Rachel's little angel-spying client is telling the truth… 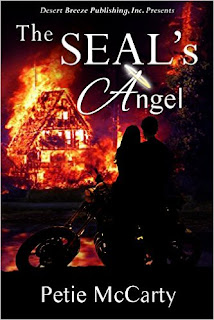 Petie earned a Bachelor's degree in Zoology from the University of Central Florida, which was no help at all when she decided to write romance novels as a second career. Her particular background did afford her the luxury of many unique assignments during her career as an aquatic biologist, including aquatic plant surveys in Florida lakes and streams by airboat. Many of those off-the-wall assignments provided background for her stories.
Petie spent most of her career working as a biologist at the Walt Disney World Resort, "The Most Magical Place on Earth." What could be more magical than driving by Cinderella's Castle on your way to work every day? Living in the heart of the theme park entertainment industry constantly tweaked her imagination and made her want to write. She had the fun of working in the land of fairy tales by day and creating her own romantic fairy tales by night. She eventually said good-bye to her wonderful "day" job to write her stories full-time.
These days, Petie shares her home on the beautiful Cumberland Plateau with her horticulturist husband, a spoiled-rotten English springer spaniel addicted to green olives stuffed with pimento, and a talkative Nanday conure named Sassy who makes a cameo appearance in Angel to the Rescue. She loves golf, running, and reads voraciously. That's Petie, not the conure.
AMAZON ✯ WEBSITE ✯ FACEBOOK ✯ GOODREADS ✯ TWITTER ✯ PINTEREST ✯ YOUTUBE