If This is Wrong by K.L. Platt FALL FIRES BLOG TOUR

Summary:
As children, Thomas and Caleb formed an unlikely friendship, which has continued through tragedies and celebrations and into manhood. They have grown together over the years, but now their relationship is changing into something more. Can their bond survive the challenges that life will bring them? Is it wrong to risk everything for the chance of something more?


Add it on GOODREADS
Fall Fires (full anthology) on Goodreads

Excerpt from If This is Wrong:


“Why would you say that? I’m here ‘cause you’re my friend. It’s not like you did it on purpose.” Thomas couldn’t look at his friend. What would he think if he knew he had kind of done it on purpose? All he had wanted to do was get muddy so he could change his stupid clothes; now he had spoiled everything.
“Tommy?” Caleb enquired.
“I’m sorry, it’s all my fault; I just didn’t want you to see me like this.” He winced, pulling on his now dusty clothes.
Caleb didn’t understand what Thomas was saying. See him like what? “Tommy?”
“Look at me, Caleb, I’m dressed like I’m going to church, not a picnic. I want to be in jean shorts, like you, and baseball shirts,” he whispered, so his father couldn’t hear him. “I don’t want this stupid Brylcreem in my hair...I want it messy.” Thomas slammed his good hand onto the car seat, sending a shockwave through his injured one.
“Tommy, I don’t care what you wear. I’m not your friend for your dress sense; I’m your friend because you're funny and smart.” Caleb looked towards Benjamin and he swore he saw his mouth turn up at the corner.


Two hours later, they arrived at the park, with Thomas sporting a very smart blue cast on his arm. His father hadn’t argued when he was asked whether he wanted a plain one or a coloured one. Polly fussed over her son, saying she wished they had indeed used a plain one. Benjamin winked at his son and they laughed.

Knowing Platt was going to be stopping by during her tour, I posed her with the following:
Having known you in the Twilight fandom for a few years now, I know that publishing has been a long-time dream of yours. Now that it's happened, what's the next dream you plan to tackle?

Wow where to start, I have a number of projects on the go at the moment in the same genre of writing a compilation of short stories about love and loss names Love and other endings.
I am attempting my first fantasy story named Nephlim, I am enjoying allowing my imagination to take flight in this one, building cities and characters of another world is amazing.
I am re writing one of my favourite fanfics and making it into a full book.
Eventually I wish to move into young adult fiction with an idea of an academy of tween witches, a number of fantasy fiction has been aimed at I feel towards the mid to late teens and with the help of my niece I shall be writing for the lower teens.
I would love to finish writing my fanfics, after all as you said this is what brought me to where I am today and I feel I owe my readers to finish their favourite stories.


Excerpt from Nephlim:
Taking my final look at the place I had called my home for eons, a place I was now being exiled from; merely for loving someone and her bearing my child. In front of me Soryan glows in its early morning magnificence. The lush greenery of the hills that stretch out to the outer realms of the kingdom, the temperate forest of Lei with its golden leaves and amber tree barks looked ethereal in the sunrise. The gossamer river that flowed through the centre of Soryan sparkled like a jewelled ribbon as it curved its course through the village.
“It is time,” Bradox barked behind me causing me to tense as he grabbed my wings roughly, closing my eyes I took a long breath then exhaled.
“Let’s get it over with,” I responded curtly “He’s safe? Jayden my son you promised.”
“We said he would be, we do not break our promises.” Bradox chided as he pushed me to my knees.
Bending my head I waited for the first cut of the sharp blade that was to relinquish me of my wings, rendering me human, able to grow old, become sick and eventually pass on.
The first cut felt like a hot blade searing my skin causing me to cry out and fall forward grasping the dew covered grass with my hands. White feathers billowed around me and I closed my eyes to the sight.
Panting I held still while they finished their work, cauterising the roots so stop infection. Faces flooded my mind of Alexa her raven coloured hair blowing in the warm evening breeze as we strolled through Central Park, next the expression on her face as she came apart in my arms, these were soon replaced by the horror of red, thick liquid that drained from my golden beauty.
I started as a hand clapped my shoulder and another pulled me from the ground. 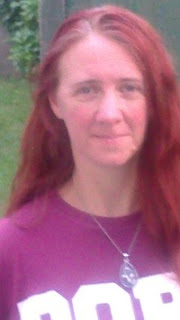 K. L. Platt lives with her family in the Devonshire countryside in the UK. She is a nanny, but her dream is to be a full time author. She can’t remember a time when she didn’t have a pencil, pen, or book in her hand. It was, however, the likes of J K Rowling and Stephenie Meyer that gave her the fire to drive herself to where she is today.
Always encouraged to follow her dream as a child by her own parents and grandparents, her grandma told her, “If you believe you can do it, then you can.” Her uncle was also a writer but sadly never got to have any of his stories published. 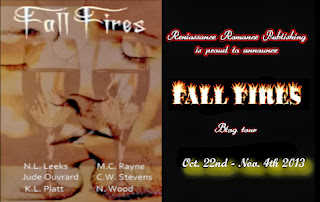