Summary:
Treez McDuffy is a single woman who’s recently retired from a  forty-year-long-lifeless job. She’s now faced with facing herself.  The wounds from her childhood  re-open, having never really healed. They’re responsible for her unwillingness and inability to have formed any type of meaningful relationship. She is alone without any sense of purpose or belonging and consoles herself with endless cigarettes, liter-boxes of Merlot and micro-waved frozen dinners.


Something happens that ignites a transformation.  One morning she hears the sound of Canada geese flying over her apartment on their way home. They’re calling her to join them. She rushes out onto her balcony and is overwhelmed by the momentous display of this huge flock of geese flying overhead.   It stirs something inside her which has lain dormant for years – hope to change her life. But to change, she has to change everything.

She terminates the lease on her the rent-controlled apartment she’s had for thirty years, cashes in her retirement savings, buys a new car, adopts a dog, aptly named, Guido, from the local pound and sets out to travel the Trans Canada Highway on a tentatively planned journey to the Badlands of South Dakota.

On day of her departure, she suffers an extreme anxiety attack after travelling only a few blocks from her old apartment. Somehow the realization of what she’s done has remained safe in her imagination but now it’s reality. She fears she’s made a very reckless and foolish decision but it’s too late to turn back.

What starts off as a trip to the Badlands veers dramatically off course as she encounters people and events, both natural and supernatural that steer her in a whole new direction.She is challenged in ways she has never experienced before. She is on an odyssey of rebirth and self-discovery. 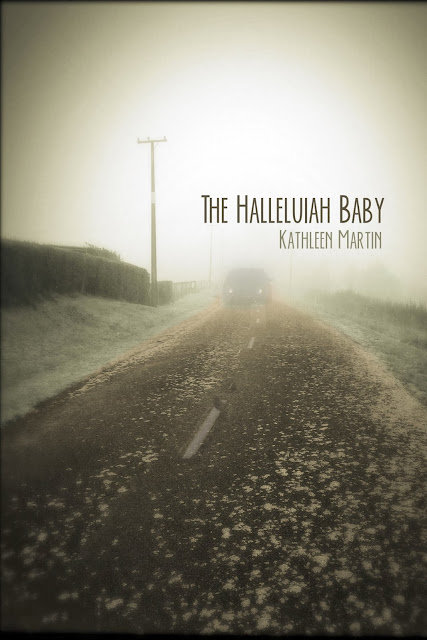 Author Bio and Links:
Kathleen Martin is a Gemini-nominated writer for film, novelist and playwright. Her first book “Penny Maybe” was published in Canada and in Germany. She lives in Phoenix, Arizona with her husband and a little herd of little dogs.