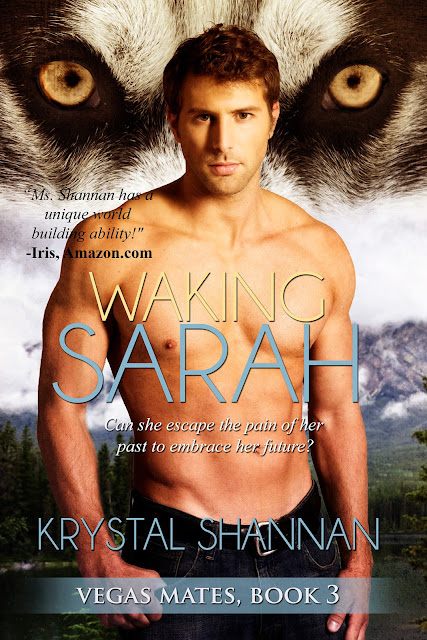 Heartbroken over the death of her fiancé and tortured by a voice in her mind that’s haunted her since childhood, Sarah McLain learns her true ancestry after attending her best friend Margaret’s wedding. Can the pack save Sarah from the darkness that threatens to overwhelm her? Or will the wolf inside drive her over the edge before they can show her being a supernatural being is a good thing?

Chris Michaels is in charge of training the new latent werewolves at the O’Hearn mountain inn, now known as Woodhaven. His focus is tested when he finds out the beautiful but sad redhead, Sarah McLain, is his trainee.  The connection he feels to her is strong but not magickal, and his wolf claims it foolish to listen to his human instincts.  Can Chris heal her broken heart in time, or will he lose the woman he knows is perfect for him.

Sarah’s mind drifted as her friend Margaret recited her vows and became Scott O’Hearn’s wife. She stood silently holding the bridal bouquet. They were calla lilies. She would have been carrying calla lilies two weeks from today. They were her favorite and Brad always got some for her on her birthday.
Her thoughts moved to the unworn wedding dress hanging in the back of her mother’s closet. When she glanced up at Scott, the look of adoration he had for Margaret nearly broke her heart all over again. Brad would have looked at her like that.
Margaret had practically begged her to stand as her maid of honor. Sarah wanted to be here for her friend’s wedding. She really did. But neither Margaret nor Sam knew she’d been engaged to Brad. None of them knew she and Brad had picked out a wedding date. Or that it was two weeks from today. September twenty-second. They hadn’t had the time to tell anyone…
She shook her head and sniffed quietly, clearing the image from her mind.
Now, he was dead. That future they’d both been so excited to share with their friends had been stolen.
Nearly six months had passed since she’d gotten a life-altering knock on the door from two Houston police detectives. Sorry to inform you, but life-as-you-know-it has just ended. That’s not what they’d said, but it might as well have been.
She’d dropped out of college and come home to Vegas to find one Sam already married and Margaret in a rapidly-becoming-serious relationship and now married as of today. Margaret had told her earlier that day she’d wanted to get married in May, but somehow her big bear of a fiancé convinced her September would be better weather. Of course, Margaret had also shared they’d had a few snafus getting the inn up and running again, too. It was an older building. So the extra time had been needed to accommodate the repairs needed to house everyone.
Sure.
She’d listened to Margaret ramble on, but most of it had fallen on deaf ears.
The happiness in the room was suffocating. She should be happy for her friends, but she wasn’t. Then she felt guilty. Their lives weren’t perfect. Both Sam and Margaret had both recently lost their fathers. She couldn’t imagine losing her Dad, but right now the only thing her mind kept circling back to was that they both had their soul mates.
Hers was gone.
The forests outside the inn called to her soul. Dark thoughts of disappearing into the forest forever crossed through her mind. It was a big mountain. Her dreams over the last few days here had tortured her sleep and she’d doubled up on her prescription just to make it through the night. The pills helped silence the voice, but no treatment or therapy had ever successfully gotten rid of it.
She was so tired of the pain.
~~~~~~~~~~~~~~~~~~~~~~~~~~~~~~~
SPECIAL OFFER
Anyone who comments and leaves their email gets a free copy of
CHASING SAM, Book 1
~~~~~~~~~~~~~~~~~~~~~~~~~~~~~~~

Meet the Author:
Paranormal Romance author, Krystal Shannan, lives in Texas and is married to the love-of-her-life. They have a spunky young daughter who believes in fairies. Krystal professes to loving shoes, but avoids wearing them at all costs. She teaches in the public schools and writes as much as she can in her free time. If any more spare time can be squeezed from her day, she enjoys reading romance in all genres, but especially paranormal. If it has a 'Happily Ever After', she's on board! 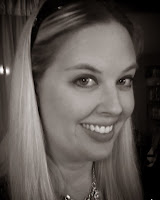