COVER REVEAL: Tales From the End by Lissa Bryan 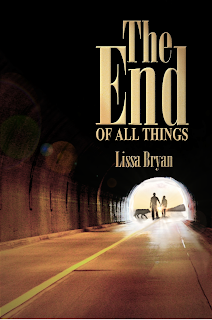 From the author of The End of All Things comes a collection of short stories about the Infection that swept around the globe, decimating the population, and leaving behind a small number of survivors, unprepared to deal with the brutal new world which had replaced the one they'd known.

The End of All Things told the story of Carly Daniels, a young woman in Juneau, Alaska, left in a state of shock after the virus ravaged her home town. She ekes out a meager existence by scavenging for herself and Sam, the wolf puppy she found starving in the streets. Sam gives her a reason to keep going when giving up seems like the more attractive option.

Carly is discovered by Justin, an ex-soldier who is intent on making his way to a warmer climate before the winter sets in. Justin coaxes her out of her hiding place and convinces her to join him on his journey. They travel across a shattered nation in search of a safe place to settle, but it's also a journey into love. There is still hope, a light among the shadows. If the old world is gone, it is up to the survivors to build a new one.

Carly finds strength in her faith that things can be even better than they were before, that compassion and charity are not luxuries; they are what make us human. Life endures, and so does love. The End of All Things is only a beginning.

And now, Lissa Bryan gives us three new stories in Tales from the End.
Three of them introduce us to new characters you will meet in the upcoming sequel to The End of All Things, and the fourth, "Birthday" is a visit with old friends. 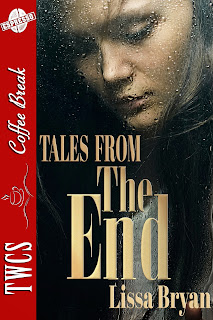 The Horsemen
L.A.'s mayor has declared quarantine to try to halt the spread of the Infection. Pearl sets off across the city to buy supplies, but already the world is changing. Something strange is in the air. The Horsemen are coming ...

Veronica
When Veronica's mother doesn't come home from work and no one answers the phone when she calls for help, a nine-year-old girl is thrown into the chaos of a world coming to an end. The television shows her nothing but confusing images she doesn't understand. Veronica decides it's up to her to find her family. "Veronica" is the story of a little girl's courage in the face of the end of all things.

"I Wandered Lonely As A Cloud"
They called her Shadowfax-- the mare Carly and Justin found on their travels. But before she was found by Carly, the retired dressage horse was known as Cloud. An unusual tale of the end, told through the eyes of a confused and lonely horse, left in her pasture.

Birthday
A previously-published bonus story. Carly knows Justin has never celebrated his birthday, and after society crumbled, no one knows what date it is, anyway. But she wants to do something special for him. Celebrating the little things helps them keep hope alive, and as a blizzard rages outside, a small gesture of love warms their home.

Tales of courage, tales of survival... Tales from the End.

Lissa Bryan is an astronaut, renowned Kabuki actress, Olympic pole vault gold medalist, Iron Chef champion, and scientist who recently discovered the cure for athlete's foot ... though only in her head. Real life isn't so interesting, which is why she spends most of her time writing.


Her first novel, Ghostwriter, is available through The Writer's Coffee Shop (which is the least expensive option), Amazon, iTunes, and Kobo. Her second novel, The End of All Things, was released on January 24, 2013, and is available through TWCS, Amazon, and iTunes. She also has a short story in the Romantic Interludes anthology, available from TWCS, Amazon and iTunes. Her third novel, Under These Restless Skies, is scheduled for release in spring of 2014. 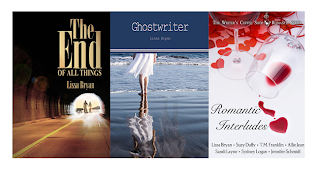