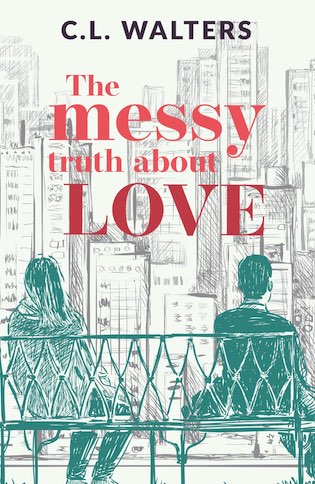 A fresh start is exactly what Hannah Fleming needs after getting dumped by her cheating ex-boyfriend. While getting rejected was awful, nine weeks removed she’s recognizing the benefits, seeing that relationship for what it was: unhealthy. Then, Hannah bumps into her high school crush, Seth Peters, and is offered a second chance to see if what was in the past can once again be magical in the present. But when her past threatens her second chance, she must determine how hard she’s willing to fight for her future.

A fresh start is exactly what Seth Peters needs. New place. New people. New opportunities. Except, he runs straight into one of the greatest unresolved moments of his past, Hannah Fleming. Suddenly life is offering a second chance with her, but can he hold onto all he’s learned over the last few years to make a future with Hannah work? Or will he backslide into old ways of being to hide the truth of his darker past?

I rush through the first set of doors at Hammill, my eyes unfocused, replaying where I went wrong in the conversation with Sebastian, and bump into someone hurrying out. The books in my arms flop out, falling to the ground in a syncopated succession of thuds. “Oh. I’m so sorry,” I say and bend down to pick up the books, which I don’t want to get wet.

Shoot. Shoot. I’m so late. Matilda is going to string me up by my nails.

“So sorry,” a deep voice says at the same time. “My fault. I wasn’t–” A familiar voice, stalled now on his last word.

I look up into a face I recognize. Warm amber eyes. A dimpled smile. My heart remembers jumping around in my chest with that familiar rhythm before my eyes and mind put that recognition together.

“Seth?” A smile spreads across my face and every nagging thought evaporates. “What are you doing here?” My smile won’t stop and communicates with the rest of my body that it needs to get involved in the joy. My heart hammers against my ribs. My face heats.

The last time I saw him–
My heart trips over the memory and won’t let me visit it out of self-preservation.
He looks like high school Seth, but different. Older. His nose is still slightly crooked. His mouth, with perfectly proportional lips, still cuts adorable dimples into his cheeks when he smiles, which he does, causing his amber eyes to sparkle. His brown hair is darker now, effortlessly styled so that wavy locks stray across his forehead. He’s still taller than me. His face is wider, and it makes me wonder about the rest of him hiding underneath the jacket.

My heart adds a hot hum of awareness in my chest.

He’s a friend—I tell myself—one I haven’t seen in a long time.

He bends down to help me with the books. “Wow. I’m sorry. I wasn’t looking where I was going. And it’s you!” We’re crouched down together in the entryway of Hammill between the sets of doors.

Someone opens the outer door, and a burst of cold finds its way under the hem of my coat and drifts up my back. I shiver.

“What are you doing here?” I don’t know why I glance around, but I do, as if he’s materialized from

thin air and will disappear again when the spell wears off. “How are you? It’s been, what?”

He grabs the last book.

He holds the book out to me, and his eyes grasp ahold of mine. “Since that summer after senior year.” July. The beach. I remember.

I tilt my head, surprised.

I know the last time I saw him. The memory played on repeat in my mind, my dreams, my inner-overthinking-monologue far too long after it happened. I try to play it cool. “Yeah! I think it was on the 4th of July get-together at the beach. After graduation.” I can’t stop smiling, and my cheeks are starting to ache.

I wonder what he remembers about that night. We texted some after. Then he moved away, and the chats became fewer and farther between until they stopped altogether.

Someone opens the door from the library on their way out.

I step to the side and grasp the sleeve of Seth’s coat to draw him to the side with me. The girl walking past glances at Seth and does a double take. Not surprising. He’s always captured the girls’ attention. I refocus on his smile. No dimples. 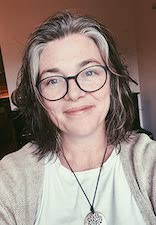 Sign up for her newsletter for news, goodies, and fun (www.clwalters.net)