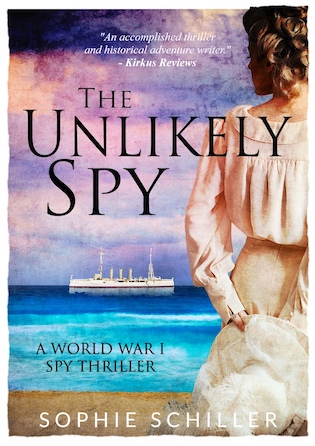 Casablanca meets Notorious in a Hitchcock-style thriller of espionage, romance, adventure, and intrigue.

1917. Emma Christensen is a young widow who returns to the Danish West Indies to reclaim the life and the villa she left behind. When she discovers her husband has disinherited her in favor of his young heir—an illegitimate son—she turns to the one thing she knows, gambling, and soon finds herself deeply in debt.

Emma is approached by Cornelius Smith, a representative of an American shipping line, who offers an alternative: infiltrate the suspicious Hamburg-American Line and spy on its nefarious leader, Julius Luckner, to gain valuable business intelligence for his firm.

It doesn’t take long for Emma to realize that both Smith and Luckner are not as they seem. Close to the Allies but even closer to the enemy, Emma bravely engages in missions that could blow her cover at any moment. But with the Panama Canal at stake, how far will she go to help the Allies?

A gripping and suspenseful World War I spy thriller from an accomplished thriller and historical adventure writer.

Smith took her arm and led her outside. They walked in relative silence as they headed to the park beside the Grand Hotel where they settled on a bench beneath the rustling trees.

“Tell me about your husband,” he said. “Why did he cut you out of his will?”

She rubbed her arms, trying to comfort herself. Slowly she told him about her life, how Axel had started drinking, how their marriage had crumbled. She related her shock at discovering that Axel had had an affair with the housekeeper. And how he had an illegitimate son to whom he’d left his entire estate. She told him how she hoped to get her house, but it seemed as if the only way to achieve that goal was by gambling.

Smith listened all the time, never taking his eyes off her. When she had finished, he emitted a low whistle. “If you continue gambling, you’ll lose a lot more than your shirt. You could end up in serious debt. You’re a smart woman. You should know how risky it is.”

“But what are my options?” she said.

Smith lit a cigarette and took a few puffs. “You’re one of the most capable, determined people I’ve ever met. You’re a problem-solver by nature, a tactical thinker. I see it in your eyes. I see it in the way you play cards. You can do whatever you set your mind to it. But if you continue down this path of self-destruction, you’ll end up like your father.”

“That’s easy for you to say. I’ve got nothing to fall back on. Gambling is the only thing I know. I feel like I’m caught in a vicious trap.”

“Emma, listen to me,” he grabbed her by the shoulders. “You have to quit this gambling before it ruins your life.”

“What do you care so much?” she asked. “That’s the one thing I don’t understand.”

“Because I think you can help me.”

“Can you be more specific?”

“I’ve been watching you these past few days. You’re smart, you think fast on your feet. You have a good memory, and you’re highly observant. But above all, you don’t quit. You go after what you want and let nothing get in your way. You have all the right qualities for a job I have in mind.”

“What kind of job? And even if you had a job, it couldn’t possibly pay me enough to buy my house back.”

He looked at her inquisitively. “How badly do you want your house back?”

“Then I have a proposition for you. If you’ll agree to work for me, I’ll buy your house back. I’ll pay you enough money to give you a second chance at life. You’ll never have to gamble again. You’ll have everything you want.”

She eyed him skeptically. “Why would you do that for me?”

“Because I need your help.”

She thought for a moment. “You still haven’t told me about this job of yours. I have to know what it entails. Of course, there are some things I will never do.”

His face turned serious. “It’s a job that requires discretion, trustworthiness, and first-rate observational skills, all the qualities I’ve seen in you. It also requires extreme caution. But the person I hire must also be courageous. You have to have nerves of steel.”

She got up to leave. “Something about your job sounds suspicious and I’m not sure I can trust you. Besides, I want my freedom. I don’t want to have to answer to anybody. Can you understand that?”

“You think I’m just a hopeless gambler like him.”

The look on his face startled her. She knew he was serious.

She backed away from him, shaking her head. “I’m sorry to have taken your time, Mr. Smith, but I’m not interested. Now, if you’ll excuse me, it’s getting late and I’ve had too much to drink.”

Emma hurried through the park, back to her villa on Norre Gade, far away from Mr. Smith and his intrusive meddling. She had no intention of working for him or anyone else. She would make it on her own. She didn’t need his job to get her house back.

She didn’t know how wrong she was. 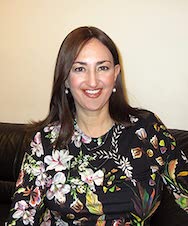 Sophie Schiller is an author of historical fiction and spy thrillers. She loves stories that carry the reader back in time to exotic and far-flung locations. Kirkus Reviews has called her "an accomplished thriller and historical adventure writer." Publishers Weekly called her novel, ISLAND ON FIRE, "a memorable romantic thriller", her novel RACE TO TIBET, “a thrilling yarn,” and her TRANSFER DAY, “a page-turner with emotional resonance.” Kirkus Reviews called her latest novel, THE LOST DIARY OF ALEXANDER HAMILTON, "an engaging coming-of-age story of heartbreak, bravery, honor, and triumph." Her latest novel is THE UNLIKELY SPY, a historical spy thriller set during WWI. She graduated from American University, Washington, DC and lives in Brooklyn, NY.