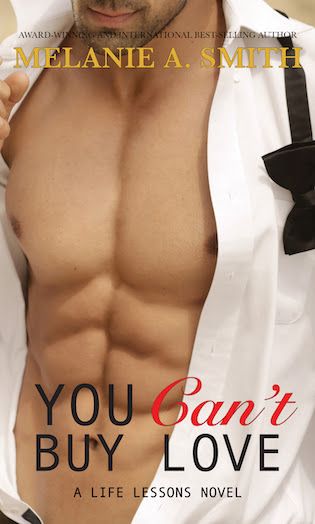 From award-winning and international best-selling author Melanie A. Smith comes the third book in a new series of steamy contemporary medical romance standalone novels about life lessons that break all the rules.

Money can’t buy happiness, but neither can pride …

Julianna Magnusson is tired of working her tail off at her thankless job as a nurse practitioner for the cardiac unit at Rutherford Hospital. Tired of having little to no time for her own life. But most of all, she’s tired of pretending that she’s happy about it all. So when her boss insists she attend the annual hospital charity gala, spending a ton of money on a dress to impress a bunch of stuck-up snobs doesn’t exactly sound like her idea of a good time.

Still, ever the dutiful employee, she makes an appearance. Only to meet a handsome stranger named Noah who stops her from drunkenly confronting the man who owns the hospital about all the issues at work. Then Noah does so much more, giving her a night of passion that she’ll never forget. Still, Jules has no intentions of taking it further. As timely as meeting him was, Noah is many things she’d never want in a man: Clearly elitist, arrogant, and bossy, he’s nothing more than a one-night stand.

Which was a great plan until he turns up at her hospital with a mind to shake things up in a way that could affect her career and her decision to write him off, igniting an epic battle between them as the chemistry that sparked the initial attraction transforms into a battle of wills. Their clash could jeopardize everything Jules has worked for — or, if she can look past her own pride, it might lead to everything she needs. In the fight between what we think we want and what life has in store for us, what wins?

I look up, and my head swims a little at the motion from the effects of the alcohol. That’s what I get for being a hundred and twenty pounds and downing it so fast on an empty stomach.

But if I thought that was dizzying, it’s nothing compared to the man fixing me with the most gorgeous smile I’ve ever seen. On an equally gorgeous face framed by well-styled medium brown hair, with deep-set light brown eyes that remind me of golden honey. His full lips are parted ever so slightly as his eyes slide down my body, sending shivers up my spine.

“Thanks,” I manage as my eyes travel over his well-tailored classic black tux. Even in heels, he’s just a bit taller than me, with broad shoulders and a strong build. My tummy flip-flops. I tell myself it’s the alcohol. Or I try to tell myself that. But being a little tipsy … well, I don’t want to listen.

“Julianna,” I reply, slipping my hand in his. Instead of shaking it, he raises it to his lips, placing a kiss on the back. And I swear, I’ve never understood what the word “swoon” really meant in a romantic sense until this moment.

“That’s a beautiful name,” he replies.

I don’t even care how cheesy his line is, every deep, spine-tingling word out of his mouth fans the flames of my attraction to him.

“You can call me Jules,” I counter.

He cocks an eyebrow and gives me a devilish smile as he lets go of my hand. “Duly noted. Sorry, I don’t have a nickname. It’s just Noah.” His grin widens. 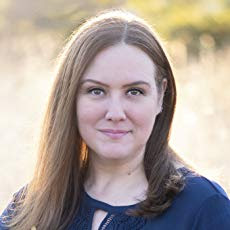 Melanie A. Smith is the best-selling author of The Safeguarded Heart Series and other contemporary romance fiction. Originally from upstate New York, she spent most of her childhood in the San Francisco Bay Area before moving to Los Angeles for college. After that, she spent almost fifteen years in the Seattle Area, and now lives in the Dallas-Fort Worth area of Texas with her family.

​A voracious reader and lifelong writer, Melanie’s writing began at a young age with short stories and poetry. Having completed a bachelor of science in electrical engineering at the University of California, Los Angeles, and a master’s in business administration at the University of Washington, her writing abilities were mainly utilized for technical documents as a lead engineer for the Boeing Company, where she worked for ten years.

After shifting careers to domestic engineering and property management in 2015, she eventually found a balance where she was able to return to writing fiction.

Melanie is also a Mensan and enjoys spending time with her family, cooking, and driving with the windows down and the stereo cranked up loud.