B@@K REVEAL: The Pain they Feel by Lynda Throsby #PreORDER 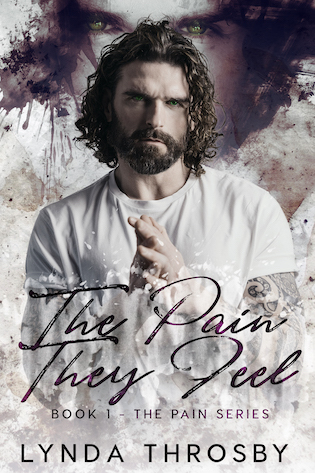 Blaine has never stopped thinking about her. All those years ago when he saved her life, they had a connection. He didn’t know as a ten-year-old what that was, but those blue eyes of hers have helped him throughout his life, coming to mind during his darkest moments. He only hoped he would one day see her again.

He knew he wasn’t normal, whatever normal was. Though he didn’t physically feel pain, he suffered years of abuse with his mama telling him he was a freak. This made him think about pain to the point of obsession.

Needing to understand the pain they feel.

Primrose has never stopped thinking about the boy with the greenest eyes and the messiest black hair. Her knight in shining armor, the boy who saved her life when she was young.

She’d suffered two major losses in her life before she was eight years old. Living with a sister who hated her and made her life hell, the only solace she found was when she was sketching and painting the boy with the greenest eyes.

She knew they had a connection but didn’t understand it. She hoped she would one day see him again. 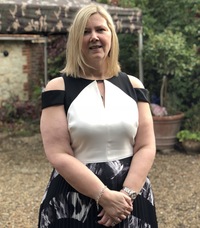 Lynda lives in Cheshire in the UK. She runs a successful financial business with her husband.
As a young teenager Lynda used to read horror books with a love for everything Stephen King and James Herbert. She has always wanted to write and even wrote horror stories at age 13/14. A little later she started reading Jackie Collins and Jilly Cooper and has always had a love of books. This then exploded with Twilight and Fifty Shades as it did with most people, oh, and the introduction of E-Readers.
In her spare time, she has a season ticket for Manchester City Football Club and goes to all the home games. Loves going to concerts and the theatre. She goes to the cinema at least once a week. Then when the weather is nice you can see her gliding down the road on her Harley Davidson 1200T motorbike.
Travelling is also high on the agenda and her dream is to visit every state in the USA.
She would love to hear from you.