BOOK BLITZ: To The Bone by J.R. Johansson #GIVEAWAY 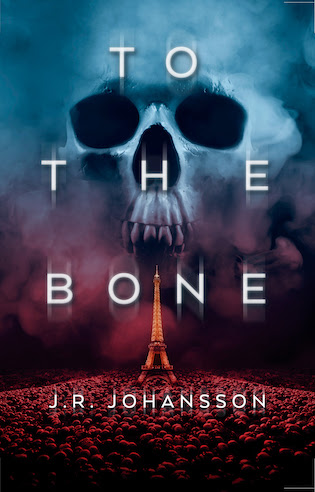 Seventeen-year-old Harley Martin has been obsessed with Paris for years. Between her passion for studying architecture and wanting to spend time with her cousin, Gretchen, there’s nowhere on Earth that she’d rather go. So when Harley’s parents feel guilty enough about their constant fighting to offer to send Harley to visit her cousin, Gretchen, she doesn’t hesitate.
But Gretchen and Harley have both changed in the years they’ve been apart. In an effort to rekindle their friendship, Harley agrees to Gretchen’s suggested activity, even though it’s outside her comfort zone: a tour with Gretchen and her friends through the off-limits section of the Paris Catacombs. Miles and miles of tunnels deep under the city, filled with the remains of more than six million people.
When a cave-in kills their guide and leaves the group injured, terrified, and lost with limited supplies, they must search for a way out from the endless maze beneath the city of light. But surrounded by shadows, it’s hard to tell friends from enemies. Harley doesn’t know if she can trust anyone, including her own cousin. If they ever want to get back to the surface, they’ll have to fight for everything they hold dear–for their sanity, their humanity, their very lives–in a place that only embraces death.

“Harley has skills.” Gretchen finally gives up on her phone and puts it on the table. “She can look at any building and tell you what period of style influenced it. Tell me when that wouldn’t come in handy.”

I shoot her a mock glare. “I can also tell which beam I should knock down to collapse a building on top of you.”

“Ooh, à la Wicked Witch of the West?” Henri laughs at the dismay on Gretchen’s face.

“East, dummy,” Liv says. “West is her sister that goes after Dorothy.”

I check my watch and realize it’s already past nine o’clock. It takes me almost thirty seconds to do the same math as yesterday to figure out what time it is back home.

Jet lag might not have hit me as hard as I expected, but my brain is definitely dragging a bit today.

Gretchen interrupts my thoughts. “You hear that, Harley?”

I turn to look at her, realizing I missed a significant chunk of conversation in that thirty seconds.

“Paolo set us up with Roland Lambert, one of the most prominent local cataphiles, to give us our tour tonight.”

Anders is the one who answers me. His Finnish accent is strong and I have to listen close to understand. “It’s what they call the people who are obsessed with the Catacombs. They like to go down and explore them.”

“Oh, cool. He sounds like he’ll be perfect.” A thrill of fear and excitement shoots through me. Now that I think about it, I remember cataphiles being mentioned a few times in that Catacombs documentary.

“I heard this creepy story once.” Paolo leans across the table like he’s telling us the most important thing ever. “The guy who was in charge of finding a way to get all the bones into the Catacombs, they say his spirit is still down there, that the owners of the bones he moved won’t let him leave.”

James groans. “Of course he is.”

Maud releases an uncomfortable giggle and swats Paolo on the shoulder. “Come on, ghosts?”

“There are a million stories like that.” Henri leans back, putting his hands behind his head. “I saw this video online from a university student who was recording down there. It’s super creepy. It doesn’t show what he saw, but he looks terrified and drops the camera. The last thing it recorded was his feet running away from whatever he saw. I guess someone found his camera later, but he never came out.”

An involuntary shiver slides down my spine, but when Gretchen starts laughing it fades away.

She holds her fork in front of her, pretending it’s a microphone, and does her best announcer voice. “No idiots were harmed in the making of this film.” 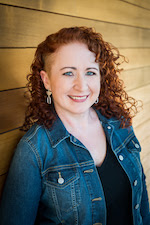 J.R. JOHANSSON is the author of the Night Walkers Series (INSOMNIA, PARANOIA and MANIA) as well as standalone novels, CUT ME FREE and THE ROW. Her books have been published in over a dozen languages and more than twenty countries worldwide. She is the creator and host of the Riveting Reads podcast and the AuthorGamerGirl channel on Twitch. She has a B.S. degree in public relations and a background in marketing. She credits her abnormal psychology minor with inspiring many of her characters. She lives in a valley where the sun shines 300+ days per year with her hot tub named Valentino. Visit her online at www.jrjohansson.com.