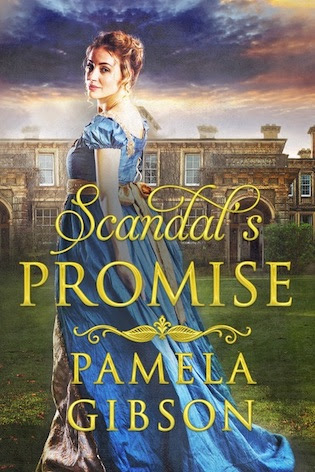 Haunted by questions and her own insecurities, Lady Emily Sinclair longs to discover why her betrothed abandoned her and married another. Seven years have passed, but the pain of his betrayal still lingers, buried beneath layers of humiliation and mistrust. When he returns after the Napoleonic Wars, she vows to avoid him. If only her foolish heart felt the same.

Broken and addicted to his medication, widower Andrew Quimby, Lord Cardmore, rattles around his ancient manor, oblivious to his deteriorating health and state of mind. When he learns the woman he was forced to abandon remains unmarried, he vows to try to win her back, even if it means returning to a society he despises.

But Andrew soon discovers he has a secret enemy. Threatening notes appear and sinister accidents put those in his inner circle in danger. Can he overcome his demons in time to keep them safe or will everyone and everything he loves disappear forever.

A tiny birdlike woman with sharp features stared at him from across the room. Her bonnet and outwear lay neatly on a chair. Next to it was the heavy woolen coat and hat of the young boy with frightened eyes who clutched her hand.

Andrew’s breath hitched as he looked at the child. Blue eyes, glistening with unshed tears, peeked up at him from a narrow face with a defiant chin. His guinea-gold tousled hair was cut short and his clothes were fashionable, albeit wrinkled.

The woman raised her head and glared at him. “I beg your pardon, my lord. I realize the hour is late. My name is Bricker. I was told to deliver Master George to you and then be on my way. I’ve taken a room in the village coaching house for the night, and I will return to London in the morning.”

Andrew forced himself to meet her gaze and speak in a calm voice while turmoil swirled in his gut.

“You can’t leave him here.”

“My employer’s wife has passed on, and he has no interest in the child. Madame was the one who insisted on providing the boy with a home. Master George was the only link she had with her daughter.”

“I’ve been his nurse since his birth at his grandparents’ London home.”

“If you are leaving, who will care for him?”

“With all due respect, that’s your problem, my lord.”

She turned to the child who began to sob. He buried his face in her skirts and fisted his small hands in the folds, his back shaking.

Her body vibrated with hatred. “See what you’ve done. You’ve upset him. He’s only six years old and not accustomed to cold toffs like you.”

Andrew stiffened, repressing the urge to curse. Instead he modulated his tone. “He cannot stay. I have no staff, no nursery. There’s nothing here for him to wear or play with. You must leave and take him back to where you came from.”

“His valise is outside in the hall. It has his belongings. He hasn’t much. As you would know if you’d deigned to take an interest in him.”

He supposed the verbal blow was deserved, despite the circumstances now confronting him, but his patience was at an end.

What the bloody hell am I to do with a child?

“You’re right. I know nothing about children. You can see he’s distressed. Can you not stay? I can pay you.” Panic gripped his throat, threatening to strangle him.

“I have another post. And now I must take my leave. ’Tis cold and wet, and I long for my bed.”

“Give him a bit of soup and a bed. He’ll be right as rain in the morning.”

She disengaged the boy’s hands and bent down to face him. “You mustn’t cry, Master George. This is your home now. I’m sure his lordship must have a horse or two in his stables. You’ll see what a fine house this is when morning comes.”

The woman led the boy to a spindly chair and seated him. The child hid his face in his hands and wailed like his heart was broken. With a final pat, she put on her coat and hat and strode toward the door. “My hired conveyance is waiting. I’ll see myself out.” Footsteps echoed in the hall, fading as the woman reached the outer door.

Ralston stood with his hands behind his back, his eyes wide. The child’s wailing increased, and Andrew cringed. How was he to stop the noise? His valet hovered near the doorway. “Lester. Bring the new housemaid. I believe her name is Matilda. She should be in Mrs. Evans’s quarters or nearby.”

Ralston, who’d been silent during the drama seemed to recover from his stupor and frowned. “Do you even know who this is?”

“Do you mind enlightening me? I admit, this is more entertainment than I’ve had in a decade.”

“His name is George.”

Ralston fell into a nearby chair. “I’m astonished. I’d heard Caroline died in childbirth, but I thought the child was stillborn.” 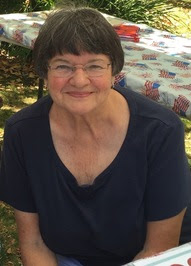 Author of eight books on California history and fifteen romance novels, Pamela Gibson is a former City Manager who lives in the Nevada desert. Having spent the last three years messing about in boats, a hobby that included a five-thousand-mile trip in a 32-foot Nordic Tug, she now spends most of her time indoors happily reading, writing, cooking and keeping up with the antics of Ralph, the Rescue Cat. If you want to learn more about her activities go to https://www.pamelagibsonwrites.com and sign up for her quarterly newsletter and occasional blog. Or follow her in these places: