Jealousy. Betrayal. Murder. And a hunger for vengeance that spans the centuries…

But as Alex begins to discover the dark truth about the asylum’s past, he, Claire, and their friend Marianne find themselves on a nightmarish journey. Each will face the deadly consequences of the evil that began with the construction of the first Belle Vue Manor by an aristocratic French émigré in 1789, as well as the cruelty and satanic practices that continued when it became an asylum for the insane.

As the two strands—past and present—unfold, Alex uncovers a supernatural mystery where revenge is paramount and innocence irrelevant—without being aware of the price he, and those around him, will pay.

Proudly represented by Crystal Lake Publishing—Tales from the Darkest Depths.

Claire and her friend Marianne are driving to see an apartment for sale at Belle Vue Manor, but Marianne has been negative about the property.

“It’s most likely nothing, but I want to tell you a few things about Belle Vue.”

Claire cast a quizzical eye in her direction.

“I’ve been there before,” she said.

“You never mentioned it.”

Marianne ignored the pout in her friend’s voice and continued. “I went there with Debs about eleven or twelve years ago, long before the developers ever got involved.”

As the memories flooded back, she stared unseeing out of the windscreen. “We’d just moved again and on our first day at school, Debs spotted a huge wreck of a building from the top of the bus. For some reason, it fascinated her. She kept bugging me about it and I gave in just to shut her up. I think Belle Vue closed in the fifties and by the time we got there, it was completely derelict.”

Claire pulled up as the lights changed to red. “And?”

“We squeezed through a broken gate. Everything was overgrown, but we found a path that took us to the back of the main building, to a half-open door, its lock ripped off. Of course, Debs said it was as though someone was waiting for us.”

“Sounds like she was winding you up,” Claire said, grinning.

Marianne scowled. “Anyway. We went inside. Two teenagers in an empty old asylum that looked like the set of a horror movie.”

Claire’s grin remained in place. “So, what happened?”

“Debs kept a running commentary like we were on one of those Murder Mystery tours. You know the type of thing, ‘The misery of the lunatics is trapped in these walls forevermore but, on a moonless night, their shadows…’ All the while, I felt like we were being watched. Debra must have felt the same since we stuck to each other like Siamese twins. The place was cold and silent except for our footsteps on the bare floorboards. Every now and then, we’d stop and hold our breaths, straining to catch any sound.

“Then we heard a door slam. Bang! You ought to have seen how high we jumped. We legged it out of there so fast, I got a stitch.”

Pause. Marianne looked across at Claire. “But that wasn’t what bothered me,” she said in a low voice. “Once outside, we followed the path round the main building and saw this chapel. Of course, Debs wanted to go in and, by now, I didn’t. While we were arguing, a woman appeared at the door. The chapel was half-side-on to us, so I couldn’t see if she’d come from inside or walked around it. Talk about a shock. It sure shut us up quick.

“She stared at both of us. From one to the other, as though sizing us up. Then she smiled, which believe it or not, was worse.

“We stood there like two dummies, wondering what on earth she was up to.

“‘What’s your name?” she asked me, and when I told her, she laughed like it was some huge private joke.

“‘I choose you then,’ she said. ‘Your fate is now sealed, Mar-i-anne. Poor you, dying slowly is such hell.’” 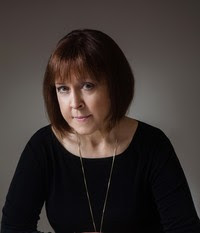 C S Alleyne grew up in Australia and originally trained as a hotel manager in the UK. After several postings in the Caribbean she changed tack and completed her MBA followed several years later by a PhD in Information Systems. She is a management consultant and also lectures in several universities.

With a lifelong love of reading, anything historical and a fascination with the supernatural and death, her vacations usually include visits to such places as the Pere La Chaise cemetery and the catacombs in Paris, the tombs in Egypt, the Popes' crypts in the Vatican and any church yard with gravestones - you get the picture...

Cheryl was inspired to write Belle Vue by her daily journey past a block of luxury apartments that had been converted from an old asylum. Like her protagonist, Alex Palmer, she started to investigate its past and learnt that one of the inmates was murdered there in the late 19th century. The victim's sister was hung for the crime. Cheryl was also thrilled to discover the asylum's overgrown cemetery in her explorations of the area!

Belle Vue is her first, full length novel. Jonathan Myerson (Oscar nominated, Bafta and 4 Time Emmy winner) says he is 'blown away' by Belle Vue - 'I am hugely impressed by this novel - it's ambitious and daring and amazingly imaginative'.

Cheryl has a daughter and son-in-law who live nearby and a partner who, since reading Belle Vue, says he now sleeps with one eye open.

She is represented by Gandolfo Helin and Fountain Literary and Dramatic Rights Management.