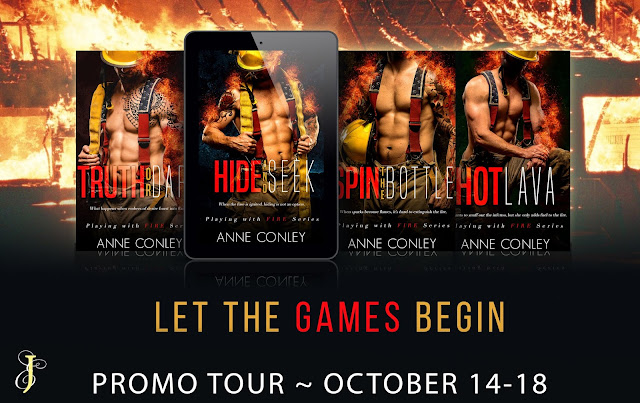 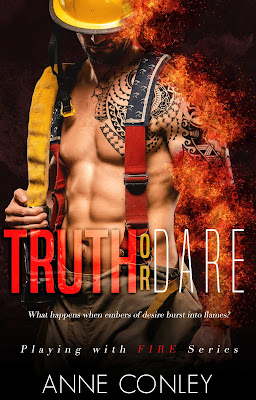 It's just a truth or a dare...right? Some things never go as planned. Nannette’s artistic retreat began with disaster. She’s distracted by a blazing-hot firefighter who thinks she needs a knight in shining armor. And her precious masterpieces have turned into combustible images of her hero. What is she supposed to do? Jude is rethinking everything he’s ever thought about love and desire, and Nannette is the ignition point. The colored swatches of their need are too brilliant to be contained on canvas, and neither of them know how to deal with the embers of desire when they burst into flames. 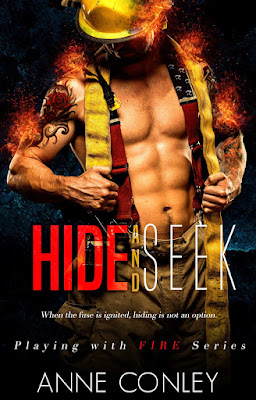 You can always run, but you can't hide. Joey is trapped in a backdraft. His relationship with Simone is going great—until she dumps him. His mother is marrying a younger man, and his station has him in a Santa suit for a fundraiser. Not exactly what he’d call the best lot in life, especially with an arsonist on the loose in Pamona Gulch. Things are heating up to dangerous levels. And then he sees her. Vivian is licking old wounds and trying to protect the precious heart of her four-year-old daughter. Her ex left her world in cinders, and starting something knew and full of promise leaves her wondering what will remain when the smoke clears. 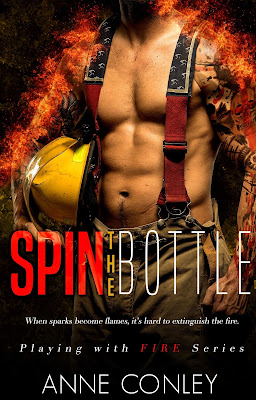 It all started with a kiss. Zane can admit it was a disastrous one. But the odd case of Lettie is one he’s determined to explore. If the stubborn woman would just give him a second chance, she’d see they are explosive together. One kiss tells Lettie exactly how things are going to go in a relationship. The lip-lock with Zane is a non-starter, but he won’t take no for an answer. He even opens his home to the shelter animals as she struggles to clean up the smoke damage from the most recent arson fire. “Have dog, will love” has to count for something, right? But as Lettie fights to extinguish the sizzling attraction, Zane continues to show her just how well he can create an inferno. 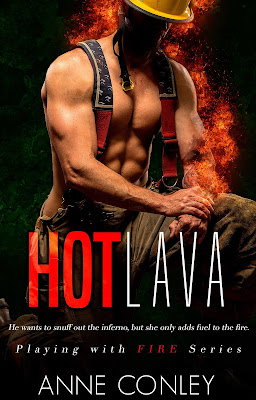 Twice burned is sometimes the key. Logan doesn’t do repeats. Ever. It’s a cardinal rule he must live by. Katie was a mistake—one he never would have made if he knew she lived in Pamona Gulch. It would have saved him the slow and steady burn of his lust for the last two years. The need to take Katie back under hand … and command … is stronger than ever now.
With Logan, Katie learned things about herself she’d never known. How desire could be a precision-cut diamond forged in the hottest temperatures. How guided mastery could lead her to unattainable heights. And now she’s left in the cold, running to find that same high. Into the arms of a dangerous blaze. Desire flares when Logan saves her. What’s between them is undeniable, but with the arsonist caught and anger sparking, will it snuff out what’s growing, or will it only add fuel to the fire?

Anne has written her entire life and has the boxes of angst-filled journals and poetry to prove it. She’s been writing for public consumption for the past several years. Currently, she has five romance series and one in the works. Stories of Serendipity explores real people living real lives in small-town Texas. The Four Winds chronicles God’s four closest archangels—Uriel, Gabriel, Raphael, and Michael—falling in love and becoming human. Pierce Securities is comprised of nine books that follow a crew of misfits who come together to fight crime and also find love along the way. The Book B!tches is all about a group of women in Mystic, Texas, who get into all sorts of shenanigans while trying to dodge the serial killer targeting the town. Playing with Fire is filled with sizzling-hot firemen and plenty of suspense and mystery with an arsonist on the loose. Rocco Securities, a Pierce Securities spinoff, is coming soon. She lives in rural East Texas with her husband and children in her own private oasis, where she prides herself in her complete lack of social skills, choosing instead to live with the people inside her head.