B@@K REVEAL: All of Him {A Single Dad Collection} 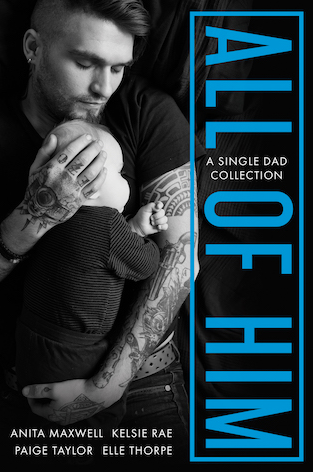 
A broken relationship.
A mother’s death.
A mistake made.


Each of these men are struggling to put their lives back together. Whether it be from the loss of the woman who blessed them with their children or a decision made in the heat of passion that changed everything, all they know is they have to try — for their children and for themselves.
From these amazing authors comes “All of Him: A Single Dad Collection.”

Before Her by Anita Maxwell

When Jenny arrives in River Falls, a sleepy little town in Montana, she sets herself on a mission to find a job and a place to stay for a few weeks. After traveling the west coast for the last couple of months, she is ready to chill and get some cash behind her before she leaves on the next leg of her journey.
Enter the Lonesomes with their gorgeous twin baby boys. The three rugged cowboys steal her breath away and the little boys steal her heart. Before she knows it, she’s agreed to be their nanny for a few weeks while they look for someone permanent.
But something Jenny didn’t know when she first entered River Falls was that the town was built on a polygamous way of life. Once the Lonesome brothers set their sights on Jenny, there is almost nothing that will stop these sexy single dads from making her their own.
This is a Reverse Harem story, light on steam, but heavy on tension and angst.

The Baby Drop Off by Kelsie Rae

I’m not father material. Hell, I’m not boyfriend material, either. I’m looking-for-a-good-time material with a side of no-strings-attached.
But when a baby shows up on my doorstep with a note saying I’m the father, everything changes. With no other options, I reach out to my neighbor.
Tasha is the girl-next-door with a side of sugar who’s nice enough to step in as a nanny while I figure out what to do with a freaking kid. I never thought Tasha was my type until I see her loving on my baby.
As lines start to blur, and rules get broken, some secrets stay hidden that hold me back from creating a life I never knew I wanted until it was tossed into my lap.
I just wish I could convince her to give me a chance, but she won’t even let me try.

Only the Lies by Elle Thorpe

Him: Six foot, four inches. Thor look-alike. Kickass black belt ninja man, and gym owner.
Me: Barely five foot. Resembles an overstuffed dumpling. Semi-decent receptionist of the office across the road.
Match made in heaven? I think so. Which is why I get to work early each morning, and stare longingly out the window, desperate for my daily glimpse of him.
The man doesn’t know I’m alive, and I don’t have the lady balls to do anything about it. Until the postman delivers the gym’s mail to my office. It’s the perfect excuse to strut over there and introduce myself, right?
Wrong.
When he mistakes me for someone else, I’m so blinded by his abs that I don’t correct him. And now he’s calling me someone else’s name, and I don’t know how to turn this around apart from to bolt back to my desk with my ass jiggling behind me.
I never expected he’d follow me.
Or anything that happened next.

Broken Down by Paige Taylor

As a teacher, It’s Savannah Torvel’s duty to make sure every student is given the best possible chance at education. When a little girl starts acting out, and calls to the parent go unanswered, it’s perfectly acceptable to storm the parent’s workplace and confront them, right?
Broken Down follows the story of Savannah and Mason Bell, two people whose lives keep intersecting. Will they embrace fate or risk disrepair? 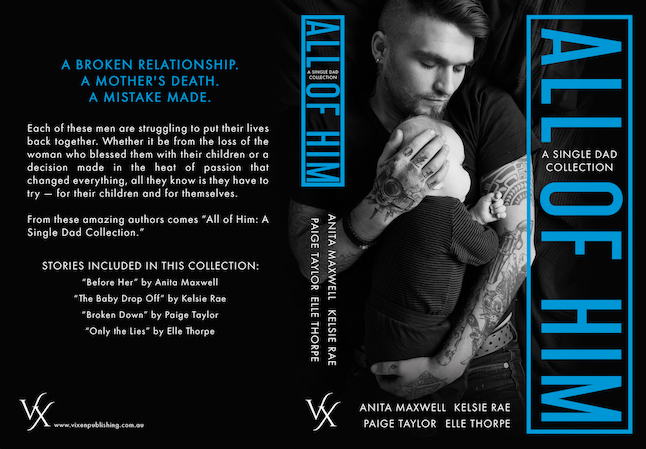