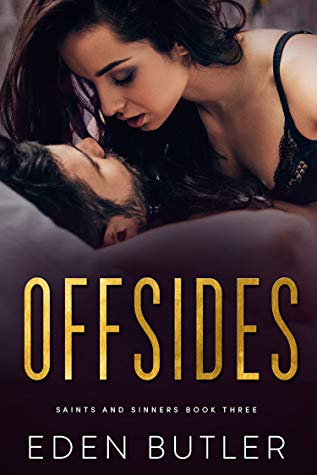 Gia Jilani had rules.
They kept her safe and her head in the game.
As the NFL’s first female general manager, there were risks to be weighed and taken.
Like Kai Pukui, the linebacker helping her team dominate on the field.
The same quiet, beautiful man who stares too long at her and reminds her of how decadent, and risky living life can be.
But when Gia discovers why Kai seems so familiar and why she feels so drawn to him, things like risks and love become secondary to loss and pain.
Gia will have to decide what’s more important – a life worth risking or a love worth losing. 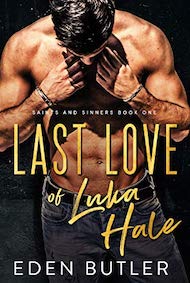 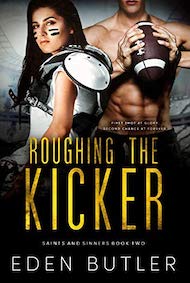 Eden Butler is a writer of contemporary, fantasy and romantic suspense novels and the nine-times great-granddaughter of an honest-to-God English pirate. This could explain her affinity for rule breaking and rum.
When she's not writing or wondering about her possibly Jack Sparrowesque ancestor, Eden patiently waits for her Hogwarts letter, reads, and spends too much time in her garden perfecting her green thumb while waiting for the next New Orleans Saints Superbowl win.
She is currently living under teenage rule alongside her husband in southeast Louisiana.
Please send help.
Website / Facebook / Twitter / Instagram / Newsletter