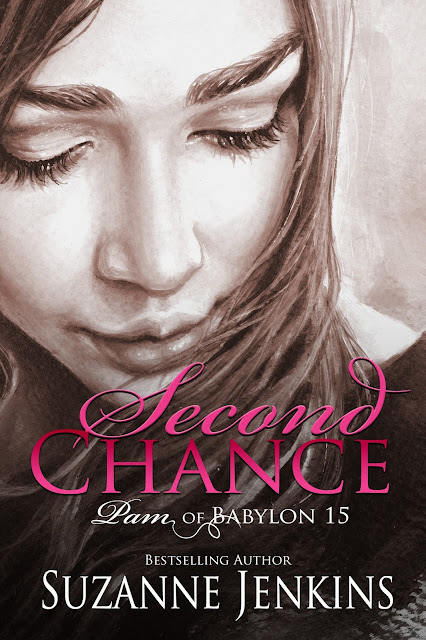 Just when life settles down to a dull roar for those people whom Pam holds closest to her heart, the pendulum swings in the opposite direction and everyone is tossed into the air. Who will they hold on to as they fall back to earth?

Gladys finds the son she gave up at birth forty years ago; he's a single firefighter on Staten Island. At their first meeting, he sees Pam's beautiful daughter, Lisa. Will it be love at first sight? His appearance at the beach coincides with a long laundry list of drama involving Ryan and Maggie Lily, Alison and Ryan.

Who isn’t going a little crazy? Even Dan and Julie, who maintain the most peaceful existence, have a little fire lit under them when Julie’s sister, Angela brings Tamara home for a sleep over.

Cara is offered an ultimatum, and she doesn’t like the choices. But when she takes Lisa’s advice, and chooses what will be best for her son, something wonderful happens.

Pam and Randy take a trip to his cabin out west with sensational consequences.

Big Ed leaves Gladys, his wife of almost forty years for Melody. The unexpected? Gladys falls into the arms of the eligible bachelor, Dave, owner of Organic Bonanza. Will it be a case of I'd don't want her, you can't have her?

Sandra starts up an unusual relationship with her late ex's ex-wife. But history might repeat itself; Sandra can not be trusted.

July. Fire House A-89, in the northeast corner of Staten Island. Early Saturday morning, as the sun rose, fire fighter Dale McGuire stripped off turnout gear and hung it to air out on a hook on the outside of his locker. Coming in from a call for a small brush fire at the side of the highway right before the Verrazano Bridge entrance, Dale looked forward to coffee, something to eat, and bed for a nap, in that order.

Grabbing a towel, he walked to the shower, whistling.

“McGuire is happy this morning,” his colleague, Paul shouted, coming on his shift

“Yeah, because he gets to go home,” another firefighter called out.

Chuckling, Dale nodded. Life was so peaceful, if it weren’t for the fires he fought, the lives occasionally rescued, he’d have to consider getting a hobby just to prevent boredom from setting in. Mind a blank as he lathered up, he thought of getting home to his dog, Tilly. She’d be on the back of the couch, waiting for him.

“Jesus buddy, I’m embarrassed to strip in front of you,” Paul said, pointing to Dale returning from the shower. “Look at this guy’s abs.”

Quickly pulling his towel up higher, Dale laughed. “You’re not my type,” he said over the hilarity. “I won’t watch you if it’ll help.”

Locker room banter took some of the pain the exhaustion the night shift firefighters experienced away. “See you Monday,” Dale said when he was dressed, grabbing his duffle bag.

He lived in the house his late parents’ left him on Todt Hill, within walking distance to the firehouse. Volunteering there during high school, he bypassed college, much to his parents’ chagrin, and took a full time position as a firefighter rather than go away to his father’s alma mater in Philadelphia.

“It’s an honorable position, Douglas,” his mother had said in Dale’s defense. “Don’t make yourself sick with disappointment.”

“I wanted our son to follow in my footsteps. A McGuire at Penn is a tradition.”

Twenty years later, they were both dead, a fatal car wreck snuffing out the lives of Dale’s favorite people. Walking up the hill, he glanced up at the imposing structure in the bright morning sun. It was a grand house, but too big for a single man approaching middle-age.

Parents gone almost three years, he’d taken over the house as his own and couldn’t imagine anyone else living there with him. The scariest part of that; he knew he was becoming so set in his ways that if he didn’t fall in love soon, it might be too late. Feeling a sense of impending adventure in there air, there was definitely excitement looming. Hold it together, buddy, he told himself. You probably just need sleep. 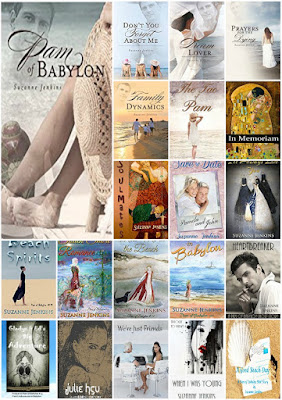 Suzanne Jenkins Bio Suzanne writes page-turning contemporary romance, mystery, and women's fiction with passionately gripping characters that stay with readers long after they turn the last page. The Detroit Detective Stories, beginning with The Greeks of Beaubien Street are a reflection of American fantasy with historical reality. Pam of Babylon books consistently rank in the Top 100 Best Sellers in American Drama with over 500,000 downloads. A retired operating room nurse, Jenkins lives in Southern California.