Jackson and Skylar have their backs against the wall. They’re facing down a vengeful ex, a bias cop, a corrupt CPS Agency and a judge who is threatening to throw Jackson back in jail. The only way out of this mess for the couple depends upon the success of the sting operation the police have set up to catch the crooked social worker and attorney.

They have one shot to get the evidence they need to prove Jackson’s innocence to the judge presiding over their custody case. So much is riding on this one event. If everything goes as planned Jackson will be free from prosecution and they will get Sutton back. However, should they fail, Skylar and Jackson may lose Sutton for the next three years.

What does fate have in store for the three of them? Will Sutton be returned to her parents? Can Jackson and Skylar’s marriage survive this storm? And will Jackson ever be vindicated to the public or will he forever be fighting to clear his name?

His back is to me and he’s naked from the waist up. He’s wearing a pair of black Nike joggers and running shoes. Sweat is running down his back and one hand is resting on his hip. “I can’t believe they are going to fucking do this to me.” He must sense I’m here because he spins around in my direction.

His features are morphed into an angry scowl and it only gets worse when he sees me. Now I’m concerned. Who’s he on the phone with? I watch as he forces himself to relax. He did that for my benefit. “I know,” he says into the phone. “Just do what you can to save the rest.” Ending the call, he puts his phone in his pocket. He doesn’t come closer to me or even speak. A huge valley has opened between us and I’m not sure how to close it. At the moment, I don’t believe there’s any way I can. He stares grows unbearable and it makes me nervous. It’s like he’s contemplating his life. Contemplating his relationship with me.

“Who was that?” I ask timidly. Jackson doesn’t answer me right away. He just keeps staring.

The muscles in his jaws flex. “And I’ve been dropped from some of my endorsements,” he says, pocketing his hands. Shit. That’s not good. This is what I feared. His reputation is suffering. And now, so is his career.

“Which ones?” He looks down at his feet and rubs the tip of one of his shoes into the carpet.

I gasp. Those are huge endorsements for him. This is so unfair. He shouldn’t lose what he’s worked so hard for because of me. “What about your sportswear and shoe line?”

“They got canceled with the Nike deal.”

He looks up at me, his eyes so cold. “Because of the morals clause in my contracts. I have to represent myself at all times in a manner befitting of these companies.”

“Then let’s set the record straight,” I say.

Frowning he ask, “What are you talking about?”

“Doing an interview.” Jackson immediately starts shaking his head before I even finish my proposal.

“No. Out of the question. I already told Katrina, my publicist, that I won’t do any interviews. She’s looking for other ways to fix my image.”

I sigh, exasperated. He’s in one of his stubborn moods and there’ll probably be no changing his mind but I have to try. “Maybe the public will move on. But what about your career? Do you never intend to work again? Are you really going to be okay with being a pariah like O. J. was?” 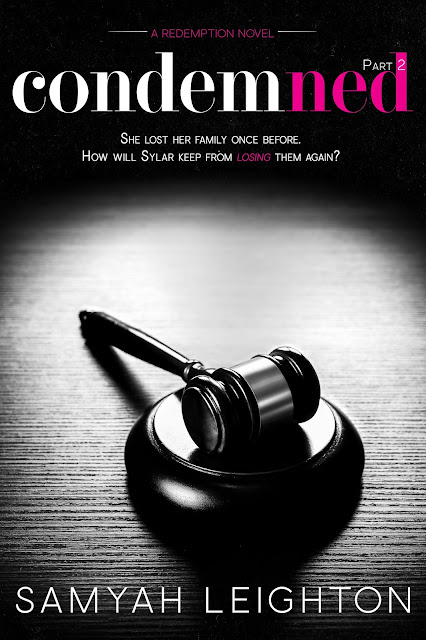 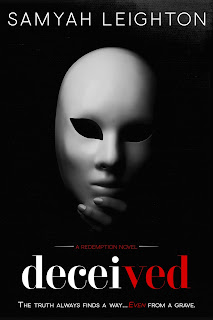 A lie tore them apart… A truth will bring them back together.

Fifteen years ago Jackson Delaney met Skylar Deveraux. It was love at first sight. He adored her. He trusted her. And she betrayed him. Breaking things off, he left her behind and never expected to see her again.

Heartbroken and angry, Jackson forced himself to move on with his life but not before swearing off committed relationships forever. Love had made a fool of him once, he swore never to let it happen again. After graduating from college he got drafted into the NFL.

With the help of time Jackson was able to put the past behind him. Now at thirty-six-years-old he believes he’s living his dream. He’s rich, famous and a celebrated NFL quarterback who can have anyone woman he sets his sights on. His life is perfect until the death of his brother and sister-in-law unearths some devastating secrets from the past that forces him to question everything he thought he knew about his life.

All of the people who were supposed to love him are involved in some duplicitous schemes to conceal the truth from him and Skylar is at the center of the biggest scheme of them all. Now he must find Skylar to get the truth from her.

How will he handling seeing her again after all this time? Will the extreme passion they once shared still burn hot between them? And if so, can he ever forgive her deceptions and be able to reclaim the only woman he has ever loved? 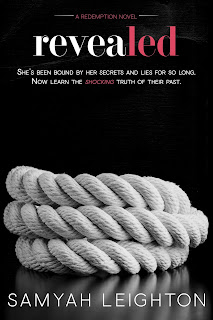 Skylar's ex-husband Chris has discovered her secrets and is using them against her to get what he wants. And what he wants is her. Believing she’s the only woman for him, Chris is desperate to prove to Skylar that he’s the only man for her. He wants his wife back at all cost and he’s willing to do anything to keep her. Even blackmailing her into another marriage.

Skylar is desperate to protect Jackson and Sutton from the truth coming out so she agreed to return to L.A. with Chris. However, she’s struggling with her decision to leave her family behind and is hell bent on getting back to them. She tries her best to stay on Chris’ good side until she can find some leverage to free herself but when Chris sets the date for their wedding it kicks Skylar's quest for freedom into overdrive.

Jackson and Sutton are confused and hurt by Skylar's unexpected departure. Sutton is very suspicious and has doubts about the nature of her mother’s sudden absence but not Jackson. He believes Skylar willingly left them and he’s furious. Skylar's abandonment devastates Jackson and pushes him into the arms of an unlikely companion.

Will Skylar find a way back to her family before Chris get what he wants? Or will there be a wedding in Skylar's immediate future? 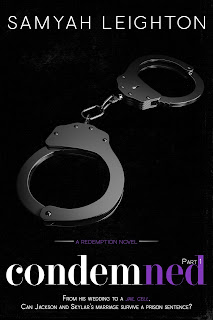 It’s said the truth shall set you free…but does it really?
Only hours after marrying Skylar, Jackson is placed under arrest and is being extradited back to Massachusetts to face the charges against him. His arrest goes viral and the internet gets flooded with rumors and theories about who his victim could be.

With DNA evidence on her side ambitious prosecutor, Adrianne Washington, is offering no deals and is ready to proceed to trial. However, her rush to judgment may have less to do with facts and more to do with a personal vendetta.

Unforeseen problems lurk around every corner and the newly married couple find themselves being tested in ways they never imagined. With the world falling apart around them, Jackson and Skylar are determined to keep their family together. Yet will all their efforts be in vain? Is the damaged that’s been done to their lives beyond repair? Does the truth really set you free or are there some secrets that should stay buried?

Samyah Leighton is a wife and mother of four. She's always had a passion for writing and storytelling. She loves to read. Romance and erotica are her favorites genre. Samyah loves all kinds of animals and movies and music. She loves to cook and bake and window shop. She finds beauty in all types of love. For the most part Samyah enjoys the simple things in life.