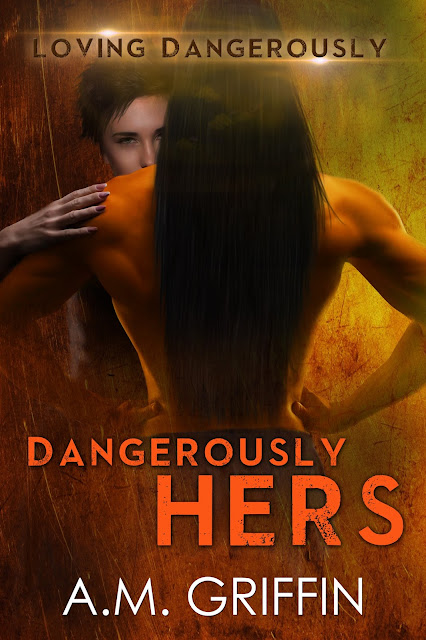 Jess hates aliens. After the invasion that destroyed Earth, the extraterrestrial bastards sold her to a brothel as a sex slave. She may have escaped but the old memories and fears still linger in the dark corners of her mind. Supposedly Sonis is just the place for her—somewhere safe, where she can heal and start fresh. She’s almost hopeful…until she meets Rasha, her new boss.

Rasha, Captain of the Sonis Royal Guard, is a warrior through and through. He’s huge, sinfully sexy and could have any woman on Sonis—but the woman he wants is Jess. He’s very much an alien and Jess knows she should hate him or at least be wary, but whenever he’s around, she loses control. She tells herself it’s only sex—amazing, mind-blowing sex like nothing else she’s ever experienced—but there’s something about Rasha that shakes her soul. The feel of his skin against hers, the look in his eyes as he touches her—they make her want to believe it’s possible to find love and begin again.

The guards turned their way and pointed. There was no mistaking it this time. The guards were coming for them and didn't appear too happy about it either. Jess tensed, locked her jaw and balled her fists. JB moved to her side, partially blocking her view.

The group of three overly large males stopped in front of them. "JB and Jess?" The bass tones of the speaker's voice resonated in her chest.

JB hooked his thumbs in his pants. "Depends on who's asking."

The guards exchanged surprised glances and the speaker widened his stance. "Rasha, Captain of the Sonis Royal Guard." He folded his thick arms across his chest and stared down at JB.

The way he stood, his movements, his speech, all spoke of leadership. He was big, bigger than the others. His muscles bulged and glistened. All the hours he must have spent perfecting that body...
A moan escaped her lips.

Shit. Did I just moan out loud? Her heart skipped a beat as eyes of pure amber locked on hers.

A nerve ticked in her jaw. She squinted. I don't remember him from the brothel. "Asshole," she said under her breath. He was probably one of them just the same.

"Do you have something to say?" the giant asked.

Of course she had something to say. She cocked her head to the side. "Lay off the free weights, Gigantor." JB nudged her but she couldn't stop there. "Or stop the prison-themed workouts."

Why couldn't she stop? Insults spilled from her mouth at will, especially when she felt threatened, which was now.

Before the giant could respond, JB interjected. "Please excuse my ward. What can we do for you?"

Jess snorted at JB's use of the word "ward". As if he actually had some control over her actions. Hell, she couldn't even control them.

The giant continued to watch her as he said, "I was sent to retrieve you both from the transport bay."

"Oh." JB ran a hand through his hair. "Sorry about that. Eva didn't meet us there so we tried to make our own way."

The giant broke eye contact with her and studied JB. "I am sure Eva gave you clear instructions to wait."

As if we're in the habit of following directions.

The giant glared at her again. "Female, if I want to hear you talk I will ask you a question."

She straightened her back. Well now, this might get interesting.

JB grabbed her arm, tightening his grip. "Jess, cool it before you get us jumped," he warned.

Yeah, she would cool it all right. It wasn't her fault Gigantor hadn't met them sooner.

The giant nodded in her direction. "I advise you to keep your female in her place," he said, addressing JB.

Really. "Keep me in place?" Jess side stepped around JB. "What makes you think he can?" She thumbed toward JB. "Or that I'm even his to keep in place?"

"I swear your mouth is going to get us killed one day." JB moved in front of her and pressed his back against her chest. "Jess, I can maybe survive a fight with one, but not three," he whispered over his shoulder.

She should have been afraid. If she were a rational woman she would have cowered behind JB.
But she wasn't.

After aliens invade and conquer Earth, Eva is transported to a distant slave-trading planet. Freedom and escape are her only priorities, but none of her martial arts training could have prepared her for enslavement to the warrior King Taio. Eva finds herself drawn to this sexy alien male who ignites her heart and body.

Taio is disgusted with the idea of owning a slave—until now. From the moment he sees her, he knows Eva is his for the taking. Torn between lust and duty, Taio discovers nothing will stop him from protecting his little warrior.

Kane Epps divides his life into two distinct parts—before the alien invasion and after. Before the invasion, he had a pregnant wife and a high-powered job. After the invasion, he’s left with only himself and his hatred for all things alien. He channels his bitterness by captaining a vessel of renegade humans—space pirates who don’t think twice about taking what they need.

Princess Sa’Mya is on the run. She and a few trusted advisers fled her home planet only to be captured by the sexy, dangerous Captain Epps. He claims to hate aliens but can’t seem to resist touching her or kissing her…everywhere. As Kane introduces Sa’Mya to ever-increasing, unimaginable realms of pleasure, the princess becomes determined to earn his trust. She’s used to getting what she wants. And this time, what she wants is Kane Epps.

A. M. Griffin is a wife who rarely cooks, mother of three, dog owner (and sometimes dog owned), a daughter, sister, aunt and friend. She’s a hard worker whose two favorite outlets are reading and writing. She enjoys reading everything from mystery novels to historical romances and of course fantasy romance. She is a believer in the unbelievable, open to all possibilities from mermaids in our oceans and seas, angels in the skies and intelligent life forms in distant galaxies.