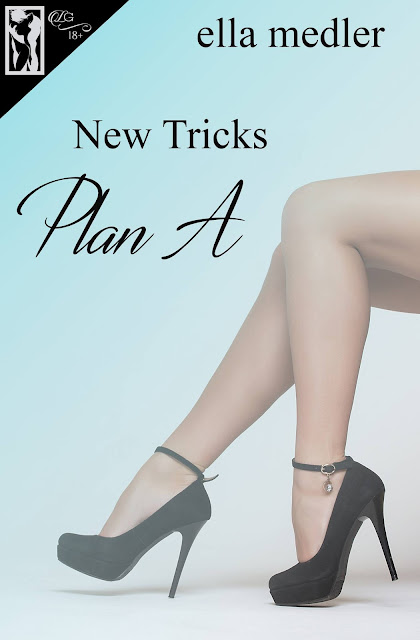 Emma worries her marriage will become humdrum and insipid now that the children have flown the nest. Fretting over it won't make it better, though. Action will.

Jonathan wants to surprise his wife with a romantic getaway now that he's got her all to himself. But judging by her plans for rejuvenating their marriage, it looks like she's considered leaving him—that's her Plan D.

Desperate times call for desperate measures, so Jonathan goes along with Emma's suggestions in order to win back her love. Plan A sounds exciting, and Plans B and C are not bad either. Plan D might never happen… if he survives Plan A first.

"Delicious!" Jonathan said, tacking quickly on the end, "As always."

I was certain that, despite my best efforts, my frown hadn't left my face for close on twenty-four hours now. My dear husband was doing his best to cheer me up over dinner, and it wasn't working. What better wake-up call did we need?

"Honey, please could we talk?"

His eyebrow rose as he pinned me with a concerned gaze, his fingers wrapped around the last of his bread drip-dropping dots of gravy onto the table. He finished the movement, chewed and swallowed, then asked, "Is Ashley pregnant?"

"Did Tyler get someone pregnant?"

"No! Jon, stop with the assumptions. It's not about the kids." Big breath, and then I met his eyes. "It's about us."

His left hand immediately shot over to cradle mine. Anxiety burst forth from him in a wave I could almost feel like a physical slap in the face. I didn't have the heart to keep him waiting.

"It was yesterday when it hit me first… the fact that we've grown… not apart, but maybe… into a team. That's it—we're a team. We work well together and get things done, and hon, I'm grateful for that. But do you realize that with the kids beginning their own lives we won't have any more issues to resolve? We won't have the need to work together…"

"Sweetheart, the kids will need us for a few more years yet…"

"Jon, listen to me! What will happen to us when we have nothing to talk about? What will our subjects of conversation be? Politics? Sports? Your work? Celebrities playing dumb on daytime TV?"
It took a few minutes for the seriousness of my words to get through to him. When it did, it ruptured with a flood of words and half-formed questions. "Emma, are you leaving me? What are you saying? Please, don't do this… Whatever it is, we can sort it out. I will do anything. Anything at all… Emma, please, please let me try—"

"…Because I love you, Emma, and I would flip the whole world upside-down for you, you know that, right?"

I smiled in spite of myself at hearing this promise he'd made me the day he'd first confessed his love for me.

"I love you, too. And I want to make it work. I like what we've had so far and I want it to continue. That is why I want to talk to you. It's best to talk and find a solution, don't you think? Ignoring the fact that we could have a problem is not going to help solve it. Or prevent it from happening."

I watched his shoulders lose some of the tension and then reached across my front with the one free hand to my opposite-side pocket.

"But this may help," I said as I unfolded one-handed the four pieces of paper and smoothed them on the table between us.

Jon's eyes reluctantly left mine and dropped to the paper. "What's this?"

"A plan. Well, four. Plans A, B, C and D. I spent a lot of time thinking it through. Though I only considered the first one in detail for now. One of these is bound to work."

He pulled his hand back and crossed his arms over his chest. I took a deep breath and started. 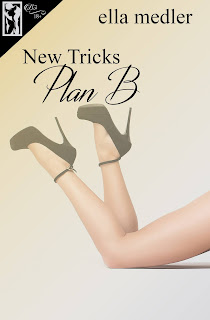 When at first you don't succeed…

Emma and Jonathan are doing all they can to rescue their marriage. After a failed Plan A, they need to come up with better ideas. Jonathan's got it all worked out—a trip away, sun, sea, sex, and most importantly, no distractions. But does Emma have a surprise of her own?

What's in the suspicious-looking box that was delivered in Jonathan's absence? And why does Emma insist she has to be the one to re-pack their suitcase when they raise the interest of Airport Security?

Will the couple manage to rekindle their lost romance or merely embarrass themselves further, and what will that do to their love life?