RELEASE TOUR: Lord of the Jungle by Sheri Fredricks #GIVEAWAY

LORD OF THE JUNGLE
Book 1 of the JUNGLE ISLAND series 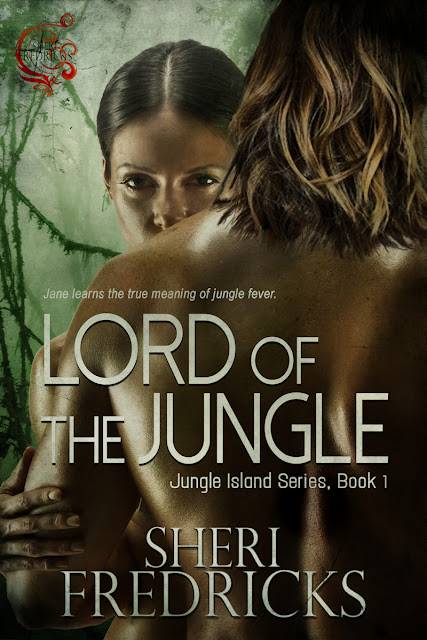 A shipwrecked woman.
The uncharted island.

Jane Porter craves a thrill but when marauders scuttle her ship and she washes ashore onto an island inhabited by animals and one sexy wildman, that’s when the real adventure begins. Dependent upon her vine-swinging rescuer who acts more ape than musclebound man, she places her survival in his rugged hands and relinquishes her desire to his raw sensuality.

For more seasons than he can remember, Tarzan has lived among the tiny island’s gorilla band. Instinct propels him to save the female he finds half-dead in the surf, but gazing into her eyes, his mating tool dances an ancient tribal beat.

While the pirates search for their bounty, Tarzan and Jane are in danger. To survive, they’ll have to hang onto each other as they swing for dear life. Their adrenaline-rush of passion among the canopy of the jungle threatens not only a dizzying fall from a great height, but also into love.

Before the next surge pushed forward to cover the human’s head, he made a quick decision to help the weakling, who floundered like a newborn gorilla caught in the drag of the sea.

Less than two leaps away, a sharp-pointed fin broke the water’s surface. Drawn by the smell of blood, more would appear in a matter of time.

The stranger lifted a hand out of the water, weaker now, vainly reaching for a source to save him. The arm bore a reddish skin cover sprinkled with tiny yellow flowers that ended below the crook of a delicately boned arm. Colored rocks circled the wrist and a shiny type of silver metal circled the middle finger.

The fin turned with a splash from the meat-eater’s tail. If the human were to survive, Tarzan had to act now.

Avoiding the human’s injured palm, he grasped the small wrist and hoped the bones beneath his tight grip wouldn’t break. Instead of pulling the limp body up, out of the surf, he waited for the next wave to lift the dead weight. Carefully stepping horizontally across the rock and sharp barnacles, he moved away from the dangerous part of the shore. Only when the soles of his feet touched coarse pebbles of shallow water did he move backward to where the sand lay warm and dry.

Safe from the fish that tore meat from the bone, he dropped the thin arm lacking necessary muscle to survive. He stepped back a few paces and crouched on his haunches to watch. Stomach-side down, the small human lay still for so long he feared he’d been too late.

Two thin legs, covered in dark blue to the knees, jerked and twitched. One cough, then another, followed mouthfuls of regurgitated water and a long string of more hacking coughs. The weakling’s arms moved under his chest and pushed at the sand. Turning to flop onto his back, the person lay there taking in great gulps of air and coughing out droplets of sea water. Sand covered a portion of a child-like face; the rest of the features covered by wet, matted hair.

From his huddled position, Tarzan scanned the beach before crab-walking closer to investigate. Curious, he reached his finger forward and slid a hunk of wet hair off the small, pale face. 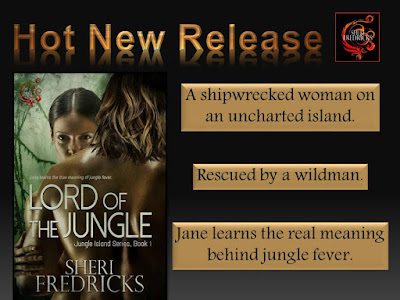 Always on the hunt for the uncommon things in life, award-winning author Sheri Fredricks thrives on creating romantic adventures.

A former engineering secretary, she lives on California’s beautiful central coast. "I wanted to move away from a profession of inflexible right angles and create an unboxed world with no boundaries." A voracious reader since her early years, Sheri found her brain crowded with stories of her own. "Ultimately," she says, "my husband encouraged me to write them all down."

Sheri loves to spend time at home and connecting with readers. A computer hutch keeps her focused on creating stories, but the panoramic view of life on a ranch will call her outside to play in the sun. 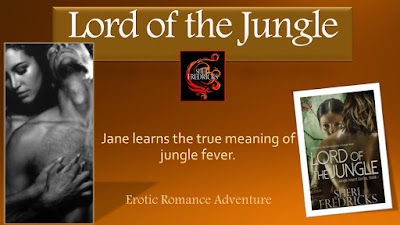