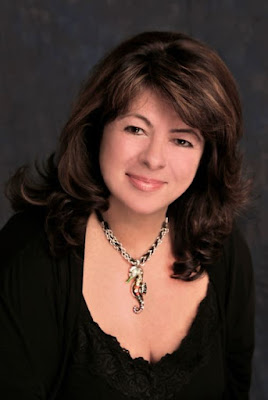 After majoring in English in her early years, Natasza altered course. A lifelong working relationship with the marine industry began when she became an officer with the Coast Guard.

Crafting stories with pieces snipped from real life and the sea—particularly the West Coast, find its way into plots puddled in action and suspense with unsung heroes and heroines aplenty. Her bestselling series, A Warrior’s Challenge beginning with Code Name: Ghost has won two R.O.N.E. awards and honors the service members who keep our countries safe, and the strength it takes to love a warrior.

A twenty-four hour day finds Natasza drafting her next novel, networking, and thinking about doing her laundry, but instead, she just buys a new pair of socks. Sleep you say? Not so much!

Natasza sends out quarterly newsletter and every new newsletter subscriber is enter into a $25 Amazon Giftcard giveaway.

What got you interested in writing novels?
I wrote when I was much younger. Majored in English the same way a lot of authors throw some literary seeds into the ground to grow. It wasn’t until 2010 when a friend brought a gal she knew over to my place one afternoon that life changed for me. This woman was an artist. Her journey started out in Poland. She’d been sold by her family into prostitution, but eventually, she escaped with a young man and found her way to North America and my backyard. She pointedly asked why I wasn’t writing anymore. I didn’t have a good answer and the next day I released the hounds!!!

What sparked the idea for A Warrior’s Challenge Series?
Commander Thane Austen, the hero and leader of alpha squad, came thundering into my head one day at work. I’m an officer with the Coast Guard and spent my adult life with some very interesting people.
Kayla, the heroine of the story, is based on a woman I worked with. She was a survivor of spousal abuse and suffered with PTSD. It had been a long haul for her. I watched her fall and get back on her knees as she struggled to find trust in the world again.
I wondered what kind of man could heal the harm that had been done and Thane grew in my imagination. A warrior who wouldn’t give up on her. Walk through her smoke and mirrors. She’d drive him near insane. He’d have to be splintered from serving his country. Apart, they were haunted by their pasts, but together they’d be whole. The rest of the series came as the secondary characters introduced themselves and more stories were born.

Do you have a specific writing style?
If you mean chaotic, well then, yes!
But seriously, I outline as well as write by the seat of my pants. At times, when I’m working on one project, another keeps banging at my door. Sometimes, I have to give in and open the door, write it out of my system and then go back to my current project. I outline the basics: who, age, plot, challenges, what will catapult the characters through the first door in the story where they have to investigate further and then the final doorway, where there’s no turning back. The rest is up to the characters. When they stand there like stickmen in my head, that’s when I drink a lot of coffee.

Which usually comes first for you, the character(s) story or the idea for the novel?
Usually it’s a combination. What I mean to say is I get a specific scene in my head. It will repeat itself enough times that I extrapolate the scene, try to push it forward and see if an overall plot will divulge itself. If so, away we go! For Twila’s Tempest, my newest release, I was in Florida visiting my brother-in-law. Sitting by the pool in his trailer park, I watched the seniors. Twila was born and Drake came soon after.

Is there any differences and/or similarities between Steven from “Too Grand For Words” and Cain from “His Perfect Imperfection?”
No, Steven is more like Commander Thane Austen. In fact, they meet up in Code Name: Luminous. I like to cross pollinate. It’s fun for the readers to bump into a character they may have loved from a previous book.

Is it fun to write from two different viewpoints?
Only a psychotic mind can do that. Lucky that’s me. When my husband read over a couple scenes, he was astounded at how different I could make two characters while having a conversation. Think it worried him a little. LOL. I tapped my head and said, “There’s a lot of nonsense going on up here.” Smartass that he is, said, “Don’t I know it.” (Yes, we’re still married)

Out of all of the secondary characters within A Warrior’s Challenge Series, do you have one or two favorites so far? If so, who are they and can you tell us why?
I can’t help but be a little proud of this series. It’s been a bestseller and it’s won two R.O.N.E awards. As for secondary characters, I’d have to say Lieutenant Cobbs (Thane’s swim buddy and best friend) and Mace (the sniper on the team) They both have their own books. Captain Cobbs is the combination of a lot of men I’ve met in the Coast Guard. The strong silent type with unwavering loyalty to his working family and his own family. Mace is the sweet guy. Everyone’s best friend. Handsome. A tease. A manwhore until he falls hard for Nina and her daughter Gabbs. My favorite book in the series is the last one which will be published this year called Code Name: War of Stones. It takes place twenty years in the future and the heroine is somebody very, very special.

What was your favorite chapter (or part) to write in a novel and why?
There’s been so many, but I think the end of Code Name: Luminous was the toughest to write but also the most important. I don’t want to give it away, but they say as a writer if you don’t feel the scene than neither will your readers. I went through so many tissues, I had to go to Costco to restock.

What is the weirdest/craziest thing one of your characters said or did? Please let us know who and from which novel.
Drawing a blank on this one. I got nothin’. LOL.

If you could write “Twila’s Tempest” all over again, would you change anything about it?
(Laughing) Haven’t seen the one star reviews yet. You usually have your head stuck so far up the story’s butt you can’t see the forest from the trees until reviews start rolling in. I read them all. Good and bad. Aside from personal preference, for example readers who only love a strong female lead so therefore wouldn’t like a particular character, I look for plot holes. Reviewers catch things like that. I’ll evaluate and learn.

How many books have you written? Which is your favorite and why?
Ten books published. A couple books written that will never see the light of day and a couple shorts for anthologies. My favorite is coming out this year. It’s the last book in the Warrior’s Challenge series. I love the plot and the characters. It will be called Code Name: War of Stones. Why do I like it? It fell together so nicely, I couldn’t help but love the little devil. It’s a great wrap to a good series.

Do you have any projects in the works? If so, can you share a little of your current work with us?
Most definitely. After Twila’s Tempest is released on June 19th, I have a book called “Committed to Chase” in the Field Stripped anthology releasing at the end of June. Readers will get all warm and squishy over Jesse. In August, I’m joining Desiree Holt’s Omega Team in Kindle World and “SEALed with a Weekend” will come out. The final three books in the Warrior’s Challenge series will be out this year. “Code Name: Forever & Ever”, “Code Name: Redemption”, “Code Name: War of Stones”. Then in the fall I’m changing gears. I’ve hung onto a series for the last five years, waiting for the right time to release it. It’s an action-packed ride on the edge of your seat paranormal series. If you think Dan Brown’s The Da Vinci Code meets the most intense romantic suspense you’ve ever read, that’s what the Elemental Prophecy series will be like. Six books in total, the final being an international apocalyptic race to the finish.

If someone wrote a biography about you, what do you think the title should be?
Similar to what will probably be on my gravestone. “She came. She wrote…To be continued!” 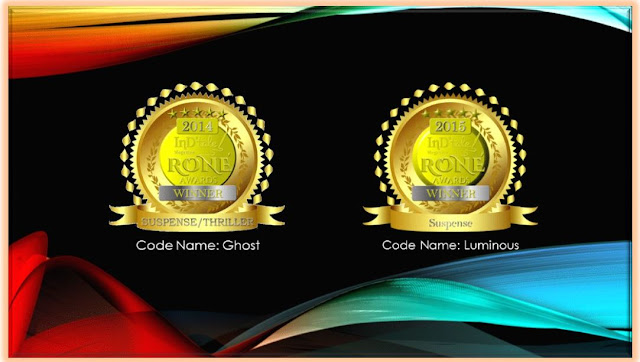