LOOK at ME! A Journey Home by Angela Scavone 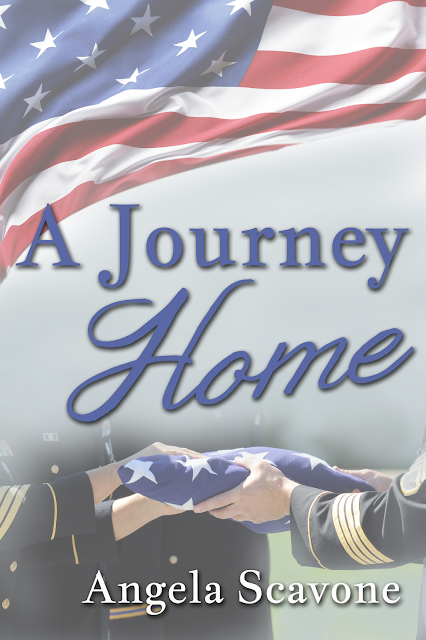 Stephanie Tyler’s sole job is to fly overseas to war torn areas of the world to retrieve and escort the bodies of fallen soldiers back home to the United States. It is a tough and emotional job but she is honored for the privilege. Her duty also helps her to escape her past and her failed marriage.

But those flights have become increasingly more dangerous and she is forced to have a partner accompany her. Much to Stephanie’s surprise and dismay, she is partnered up with her ex-husband, Captain “D.A.” Douglas Aston.

From the moment Captain D.A. enters the scene, he irritates her. It could have something to do with the fact he slept with her best friend while they were married. As they go on several missions together, Stephanie is forced to be courteous and professional with D.A. even though the very sight of him irritates her beyond comprehension.

Then, Stephanie’s cheating, husband stealing, ex-best friend is killed in Afghanistan and Stephanie and D.A. must escort her body home. While executing this difficult duty, a myriad of conflicting emotions makes Stephanie ponder how short life really is . . . and to question her own ability to forgive.

“Do you have any idea how hard it is to make friends when you don’t trust anyone anymore?”

Our eyes met and he let the question linger in the air before answering.

“I understand that.” He held my gaze. “But why can’t you just have fun?”

“I used to have fun. A lot of fun, in fact, with this person I called a best friend. He and I would go on walks in the evenings, to the beach on the weekends. We’d go to movies, the theater, concerts. I could even convince him to go get a pedicure and a massage with me once in a while.”

DA smiled at all the memories.

I added, “I also had this other really good friend. She wasn’t as close as my best friend, but she and I would do all the girly things that my guy friend wouldn’t do with me, like shop for hours on end.”

“Then, both of them broke my heart and my trust in one afternoon.”

The smile on his face disappeared and he dropped his eyes to stare at the floor.

I could feel the familiar prickle of tears and jumped off the couch. “I gotta go. It’s past my bedtime.” I headed toward the front door. “Thanks for the pizza.”


DA had risen from the love seat and crossed the room in two strides to waylay me. He shut the door with my hand still on the knob. He was so close behind me I could feel his breath on the back of my neck.

I refused to turn around. I didn’t want him to see that I was about to start crying.

“If I could do it all over again, I would never have become such good friends with Alex,” he whispered against my hair. “If I had known what her intentions were, I would’ve stopped it before it ever became an issue. I honestly didn’t know what she was trying to do until that day in the kitchen. Then you left so fast and wouldn’t take any of my calls or see me.”

He pressed his forehead to the back of my neck. “I’m so deeply and truly sorry for ever hurting you. And I really hope one day you can forgive me.”

By the time he’d finished speaking I had tears streaming down my face and I didn’t know what to say to him. He kissed the back of my neck, the warm sensation so familiar that I couldn’t resist turning around. He had me pinned against the front door as we began kissing, lightly at first, then deeper, urgent.

I wanted to believe him, but I just couldn’t. I couldn’t get past the image of the two of them together. I abruptly pushed him away.

“I have to go,” was all I could say, then I opened the door again and this time he let me go.

✯✯✯✯✯honor and forgiveness highlight this spiritually inspiring tale of love, love lost By Frank Scozzarion Verified Purchase Sometimes in life, one is thrown into situations which defy imagination. In A JOURNEY HOME, a twist of fate throws Air Force Captain Stephanie Tyler into a cockpit with her cheating ex-husband, Captain Douglas ‘DA’ Aston. Flying long hours overseas with him is uncomfortable enough, and made even more unimaginable when the two must retrieve the body of an Afghanistan War casualty (the woman who caused the demise of their marriage). Powerful emotions, reverence, honor and forgiveness highlight this spiritually inspiring tale of love, love lost, and salvation. It is a sobering look at the true cost of war. Several times while reading this book I felt a shiver run through my body. The story, and how it’s told, is that compelling. Angela Scavone does an excellent job of writing with realism and sentiment in a way that literally swept me away. A moving book that will keep you reflecting long after you’ve turned the last page.

✯✯✯✯✯Grab some tissues and a quart of mint chocolate chip ice cream---A Journey Home is an awesome read!
By Rebecca
A Journey Home is beautifully written, balancing the tragedy of fallen soldiers with light-hearted moments of a couple falling back into love. Honor. Protocol. Faith. Trust. Friendship. Love. This novel will stick with me for a long time.

✯✯✯✯✯A MUST READ
By Amazon Reader
I don’t remember the last time I had tears rolling down my cheeks from a poignant passage in a novel. An ex-marine friend of mine who worked at an airport in Afghanistan verified the authenticity of these scenes of bringing fallen soldiers home. I felt so honored to share in this beautiful reading experience. We are reminded by Angela Scavone of the ultimate sacrifice that some must give in order for us to live free while sharing a sweet love story of a marriage reunited.
There was much love and humor between the couple who needed to learn to trust each other again. At the end, I sighed, with a wonderful, ahhh and slept soundly for the first time all week.

Angela lives in Ontario, Canada sharing her home with her father and her two much-loved pups (and one evil cat). She currently works for the Board of Education behind the scenes supporting and analyzing student data, however, in her spare time, apart from her avid love of storytelling, she likes to read, spend time with family and friends and concoct dairy free recipes from scratch. Sometimes she wins some, and sometimes she loses some – tofu, banana and peanut butter pudding we are looking at you.