RELEASE TOUR: Blood of the King by Bruce Blake 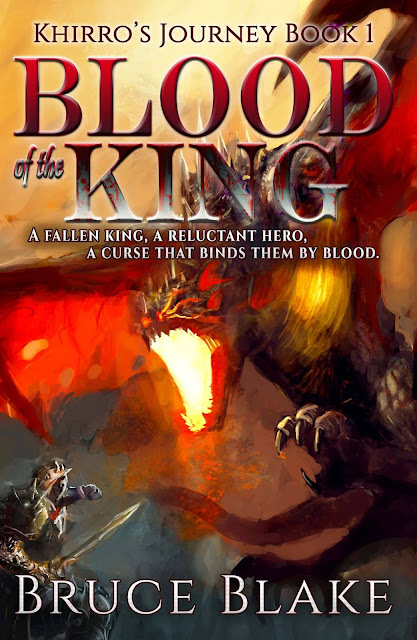 A kingdom torn by war.

A curse whispered by dying lips. A hero born against his will. Khirro never wanted to be anything more than the farmer he was born to be, but a Shaman's curse binds him to the fallen king and his life changes forever. Driven by the Shaman's dying words, Khirro's journey pits him against an army of the dead, sends him through haunted lands, and thrusts him into the jaws of beasts he wouldn't have believed existed. In one hand he carries the Shaman's enchanted sword, a weapon he can barely use; in the other he holds a vial of the king's blood, the hope of the kingdom. His destination: the Necromancer's keep in the cursed land of Lakesh. Only the mysterious outlaw magician can raise the king from the dead to save them all from the undead invasion, but can Khirro live long enough to deliver the vial?

Can a coward save a kingdom?

Khirro flinched. The king’s plea came again, a breathy whisper barely audible above the sounds of battle. Chickens ran about after their heads were removed, but nothing could speak without life remaining within. Khirro shifted painfully onto his side.

“My king,” he whispered.

Braymon lay in a tangled heap, hips wrenched farther than possible, one arm pinned beneath him, the other twisted behind. Blood streamed from his shaven head onto his cheeks and into his eyes, a mask of red through which little flesh showed. He blinked clearing his vision, a slow, lethargic movement, then directed his gaze toward Khirro. A pained smile twitched his lips; it quickly turned to a grimace.
“I thought you lost, lad.”

The blood drained from Khirro’s cheeks.

“No, your highness. I... I was knocked unconscious. I’ve only just woken to find you here beside me.” The lie tasted more bitter than the coppery tang of blood on his tongue.

Braymon coughed a fine spray of bloody spittle. Khirro knew it meant something inside him was bleeding.

“Then you can return the favor.”

Fear lumped into a mass at the back of Khirro’s throat. “What can I do?”

“The healer will know I’ve fallen,” Braymon said coughing again, face strained with the effort. “Take me to him.”

Relief. He didn’t ask to be avenged or dragged back to the battle to die a soldier’s death. Khirro glanced at the blood pooling beneath the king’s contorted body, flowing from some unseen spot under his plate mail, and pushed himself up to kneel beside Braymon to better assess his condition. The battle raged above but no one appeared on the stair.

“You shouldn’t be moved,” Khirro said after consideration. The way the king’s body twisted upon itself made him feel sick. “It would mean your life.”

Braymon shook his head minutely. “It matters not. I must get to the healer before the warmth has left my body or all is lost.”

“Soldier,” Braymon said with a tone of command befitting a king. “If you do this thing, all else will be forgiven.”

Khirro gaped at the king’s words. He fought to keep tears at bay as guilt siphoned the strength from his limbs. His mouth moved trying to form the words to apologize for not rejoining the fight, to beg forgiveness, to explain, but his constricted throat choked them. Instead, he nodded. 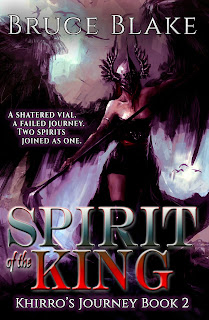 SPIRIT OF THE KING

A shattered vial. A failed journey. Two spirits joined as one.

An army of dead men led by a sorceress with an unquenchable lust for power occupies the kingdom of Erechania. The kingdom's traitor-king seeks to redeem himself, but the sorceress has stolen his son, his last reminder of the wife he lost. Neither the king nor his enemy can know the importance of the role the child will play.

The Necromancer's last act of magic joined a fallen king's spirit with Khirro's, making him the vessel carrying the kingdom's hope. But the haunted land of Lakesh, the outlaw city of Poltghasa, and the enemy country of Kanos lie between him and his homeland. Dangerous creatures and murderous men seek to end his quest, but he is also stalked by something far deadlier:

An assassin he once loved. 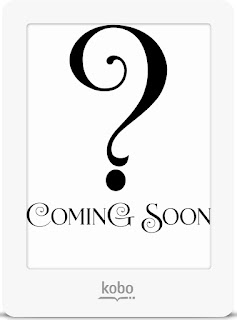 HEART OF THE KING

It began with a vial of blood, a curse, and a quest to a haunted land.

It continued through a strange subterranean land and a city of the damned, where an assassin raised from the dead sought to end it all while a sorceress invaded his home.

A king's spirit. A coward's heart. Together, a kingdom's last hope.

Sheyndust, the Archon, desires to be Necromancer and wield dark magic the likes of which the world has never seen. For years, her deadly plan has fallen into place piece by piece, treachery by treachery, death by death. With her enemies on their knees and an army of the dead at her command, nothing stands between her and the ultimate power for which she thirsts.

Nothing except a farmer and a dead king.

The curse that bound Khirro to his task was broken when the blood of the king spilled, but the king's spirit--a tyger of vengeful flame--burns bright within him. It pushes Khirro through hostile lands to return to his home. It pushes him to be more than he ever thought he could be despite the doubt and fear devouring him. It pushes him in a race against time to save the kingdom, a race he is bound to lose.

As the final pieces of the Archon's plot fall into place, and her power and army grow, it looks certain that all will be lost.

Unless a coward can look inside himself and find the heart of a king.

Bruce Blake lives on Vancouver Island in British Columbia, Canada. When pressing issues like shovelling snow and building igloos don't take up his spare time, Bruce can be found taking the dog sled to the nearest coffee shop to work on his short stories and novels.

Actually, Victoria, B.C. is only a couple hours north of Seattle, Wash., where more rain is seen than snow. Since snow isn't really a pressing issue, Bruce spends more time trying to remember to leave the "u" out of words like "colour" and "neighbour" than he does shovelling (and watch out for those pesky double l's). The father of two, Bruce is also the trophy husband of a burlesque diva.