LOOK at ME! The Works of Rachel Jones #GIVEAWAY 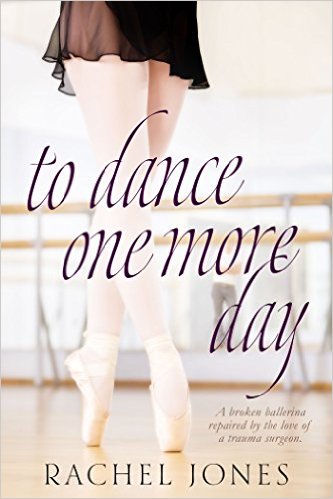 Desertion and death of her family leaves Jillian Russell alone in the world. A medical diagnosis takes away her performance career. Starting over in Charlotte, North Carolina, she opens a ballet company which takes all her resources and leaves no time to build new relationships.
Trauma surgeon, Alan Armstrong, is determined to fix Jillian’s life before he moves on to set up a rural community clinic that had been the top priority in his life, until he met Jillian.
Will their undeniable connection cause them to change their ambitions so they can be together? Or will they walk away from each other to continue on the paths they had chosen before they met?

Jillian lingered behind, thinking about her students. This was the best group of seven-year olds she had taught since opening the school. She enjoyed teaching all ages but this group was the highlight of her week. Sighing, she wondered if maybe it had something to do with the fact Lily would have been seven this year. Brushing the thought away, she moved to the piano and focused her attention on arranging the music for the dance company’s rehearsal the next night.
Her school of ballet was impressive but her dance company was her crowning glory. Expanding her lungs to their fullest she exhaled, feeling a sense of pride and accomplishment. The North Carolina Ballet Company, now in its fifth year of existence, continued to experience growing pains and would for several years to come. As they grew in number they also grew in depth and dimension, becoming a cohesive group of artists excited to tell many stories through dance. Their progress was measured by the reputation they enjoyed for offering professional performances to the surrounding communities.
“You have a good-looking group of ballerinas, Jilly,” remarked David as he crossed the studio floor, followed by Alan.
The familiar voice brought a smile to her face. She had met David soon after moving to Charlotte when she was searching for a financial advisor. They had spent a lot of time together working on the financial end of setting up her school. When she took the plunge a year later, with David’s encouragement, and started the North Carolina Ballet Company, he was her biggest fan. Feeling she could trust him with her life, she was grateful he had accepted her invitation to be a part of the company’s initial board of directors.
Turning around at the sound of the tenor voice her eyes darted from her friend to the familiar form standing beside him. Her smile disappeared.
“You!” Jillian took a step back. “What are you doing here?”
“What’s wrong?” David’s gaze bounced back and forth between his friends. “Do you two know each other?”
Her eyes remained fixed on the doctor as if she were seeing him for the first time. He was tall, about six feet she estimated, with thick brown hair and he had the most gorgeous, deep set brown eyes. It was like looking into pools of chocolate and she was finding it hard not to stare. She shifted her gaze to her friend. “I recall seeing him at the hospital, after the explosion.”
“Oh, come on, Ms. Russell. I performed the surgery on your shoulder and I was your doctor for two days—until you fired me. And all you have to say is, ‘I recall seeing you’?”
“If memory serves it was a day and a half. And I’d prefer not talking about anything having to do with the explosion, if you don’t mind.”
“I see. Well, I hope your recovery is going well.”
“Yes it is thank you.” 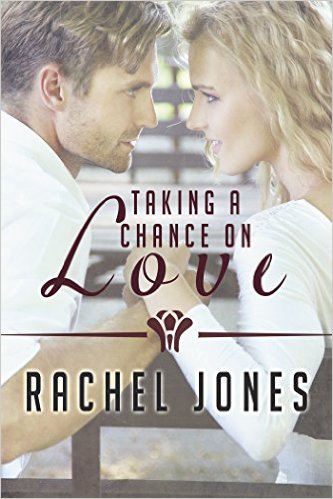 From childhood, Virginia Manning has planned for a career as a concert clarinetist. Blindsided by family circumstances, her plans are interrupted, taking her down a path she would never have chosen. As a music teacher, Virginia’s relationship with the football coach goes from problematic to romantic. After Blake’s brush with death, a scared Virginia runs away looking for the contentment music has always brought to her life.
Because Blake Oliver has experienced disappointment and pain, he opts for a fresh start in a small New England town. Accepting the position of football coach, he isn’t looking for love when it finds him. But when Virginia leaves to pursue a performance career, Blake realizes it’s not where you live but having someone to love that matters. His only problem is making her understand that as well.

Blake was awake when Virginia entered the ICU cubicle. She pushed a chair against the hospital bed so she could hold his hand. “I’m so glad you’re here,” he said. Virginia looked at the tiny lines etched on his face. She wished she had magical powers and could erase them and all the pain he had endured the last few days since the accident. “The nurse said I could sit with you. Where’s your father?” “Stephen took him home to sleep for a while. He’ll be back later.” Blake shifted toward her and released a groan. “I hate to see you hurting.” “My nurse was just here asking if I wanted pain medicine. He’s coming back. I would have waited to take the pain killer if I had known a beautiful woman would be stopping by to visit.” “Good,” she said. “I’m glad you’re not one of those macho men who think it’s not masculine to take pain medicine when you need it.” “Normally I wouldn’t. But since I’ve had surgery on my leg and I’m dealing with cracked ribs, a punctured lung, and a ruptured diaphragm, I’m willing to compromise my macho image and take the pain killers.” Virginia frowned at the reminder of what he had been through. The nurse returned with a syringe in his hand. He scanned Blake’s armband and the barcode on the syringe then made a few clicks at the bedside computer. As he pushed the medication into Blake’s IV line, he said, “Mr. Oliver, this will help with the pain, but it will make you drowsy. Sleep’s not a bad thing since your body needs rest to heal.” Virginia smiled, knowing he would be escaping from his pain if only for a while. “I’m going to sit here and hold your hand until they throw me out.” Blake’s eyes flickered open and shut a few times then remained closed. She whispered a prayer for strength, to help her be strong for him. The beeps of the heart monitor became rapid and other alarms sounded. Blake’s nurse rushed into the cubicle. He hit the red button on the wall and shouted, “I need help in here. He’s in V-fib.” Virginia jumped up from her chair as the space filled with hospital personnel. She was pushed back and then outside. Leaning against the full-length window to support her trembling legs, she was aware of the dampness of her skin. Terror gripped her heart as she watched the surreal scene through the glass partition. The nurse performed chest compressions and in the dream state dominating her consciousness, she wondered if Blake’s chest would hurt later from the contact. Unable to move, her mind became mesmerized by the organized events unfolding in front of her. A man with neatly combed hair in a white coat said, “Give Amiodarone, three hundred milligrams.” Someone echoed, “Pushing Amiodarone, three hundred milligrams.” Another set of hands gave the man paddles attached to the defibrillator on the crash cart. “Set to two hundred joules. Clear,” he said as placed the paddles on Blake’s chest and discharged the shock, causing his body to jump. Virginia watched as everyone paused and then someone uttered the words, ‘sinus rhythm,’ which brought a collective sigh of relief. Most everyone dispersed leaving only a few people at the bedside. Blake’s nurse came to her and said, “He’s stable, but he’ll be sleeping for awhile. We’ll be watching him closely.” Virginia brushed at the tears on her cheek. The nurse took a box of tissue from the counter and pushed it toward her. “I know this was a harsh thing to witness. You should go, try to rest and you can come back later.” “Will he be all right? Could this happen again?” “Mr. Oliver’s body has been through a lot. But he’s young and healthy. I’m sorry, but I need to get back inside.” “Please, take care of him.” These were the same words she uttered as she passed the nurses’ station after each visit. But this time, the words were a special plea after witnessing how precarious his medical situation was. If she stayed, her heart would once again be vulnerable as in the past. Virginia turned and walked away, trying to process what had happened as she moved toward the waiting room to call Blake’s father. The pain in her heart was genuine. An intense pain that went beyond her heart and stirred her soul. Was this what it felt like to lose someone who had become so entwined in your life? She wasn’t sure she would want to go on living if Blake didn’t survive his injuries.

Motto: Despite the struggles, love survives.
While she continued to work her full-time RN job, it was thoughts of what she would do after retirement from her career in healthcare that spurred Rachel to begin writing her first manuscript in March of 2012. Needing guidance and support with her new endeavor, she joined local and national writing groups.
Release day for Rachel’s debut novel, To Dance One More Day, occurred in June 2014. Her second book, Taking A Chance On Love, released in October 2015. She is working on her third manuscript and is planning her first series. Rachel’s books reflect her love of the performing arts. Working as a registered nurse for twenty-five years has influenced the threads of medical drama woven into her storylines.
A music enthusiast for decades, Rachel resides in Kennesaw, Georgia with her husband of thirty-eight years and their spoiled Labrador retriever. She is a member of Georgia Writers Association, Georgia Romance Writers and is a PRO member of Romance Writers of America.
Amazon ✯ FaceBook ✯ Twitter ✯ Goodreads ✯ Website ✯ Pinterest ✯ YouTube