LOOK AT ME! The Dustin Series by June Kramin #GIVEAWAY 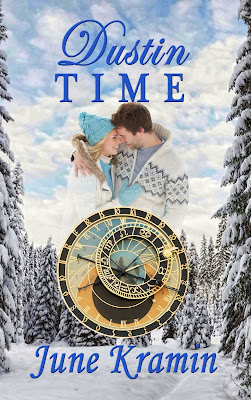 Kaitlyn thought she was happy with her life. Her veterinary practice successful, and a “boy toy” to keep her satisfied. At least until the night she turns thirty, when the inevitable biological clock starts to tick. Convincing herself that he is simply not father material, she decides to let him go. Dusty refuses to leave without a fight, and fate strongly agrees.

After an unsuccessful breakup, she wakes up once again in Dusty’s arms, only he’s not the same man. He’s an older version…and their child is crying from the next room. The days that follow bring more of the same: arriving at a time in her past or alternate future, on her birthday. Dusty is the only constant in all of her travels, anxious to win her over in each timeframe.

Seeing a whole new side to him and knowing that they were truly meant to be, she allows herself to finally love him. Knowing she has to have fixed what was wrong, she expects it all to stop; only it doesn’t. Battling her frustrations daily, Kaitlyn desperately searches for the answers that will bring her time traveling to an end.

Katie walked into the coffee shop and smiled wide again. It was all so familiar. At least this time she’d know what to expect. She noticed her shoe had become untied so she bent down to tie it. When she stood up, she looked into a familiar face–only it was a few years younger as well.

“Fancy meeting you here,” the man said, then smiled wide, obviously happy to see her.

She woke up on the couch of the coffee shop with Dustin at her side and a washcloth on her forehead. She tried to sit up but he gently pushed her back down.

“Just lay back there, cupcake. Take a few minutes to gather yourself.” He turned to the manager who was also standing there as if he worried that there would be a lawsuit coming. “You can go. She’s fine.”

Kaitlyn stared at Dustin’s profile as he talked. He was just as gorgeous four years younger. He looked closer to eighteen than he did twenty-one. His beautiful brown eyes glistened with the same gold flecks. He was still muscular, just slightly smaller and a little skinnier. His brown hair was a little longer too. She did always say she preferred short hair on men, but she wanted to run her fingers through it just the same. She watched his Adam’s apple as he talked and longed to give it a kiss.

Never mind, she thought. If this is a dream, let me sleep. 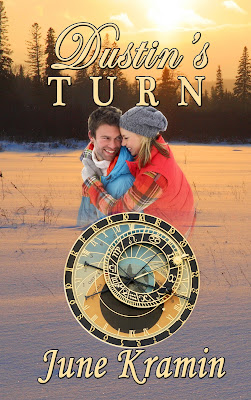 Upset over a horrible twist that fate has thrown Katie’s best friend, Dusty is determined to find a way to right this horrible wrong. After years of being afraid to even mention his name, Dusty goes in search of Frank, the one person who helped Katie through her time traveling torment. When he discovers Katie can’t go back in time again, but he can, he takes the chance to do for Courtney what Katie had done for his sister: Save her life.

He quickly finds out that things are not going to be as easy as he thought. Getting Katie to fall for him all over again is a challenge he wasn’t prepared to take on. Having the knowledge of Katie’s time traveling helps somewhat, but Frank’s assistance doesn’t prove as helpful as it was for her. Being sent to altered timelines, as Katie had been, are equally frustrating for him. But finding out Frank’s identity was the most surprising “trip” of all.

Again Dusty pondered what exactly the significance of Frank’s appearance was for Katie. He never seemed to be much other than someone for her to talk to. Dusty wished he was here for him to talk to now. “Who and what were you, you old codger?” he said aloud.

Dusty was speechless at the man that stood before him. “I…uh…what?” he said in a raised tone of great shock.

“You’re…” Dusty was at a loss for words.

“Here. Now what can I help you with?”

“Look. You’re the one that showed up looking for me.”

“I think you’re right.” Dusty sat back and took a deep breath. “Uh… can I get you coffee or something?”

“This is just too weird. We’ve hardly talked about you since Katie stayed put.”

“Then what are you jerkin’ my chain for, boy? What’s your pickle?” 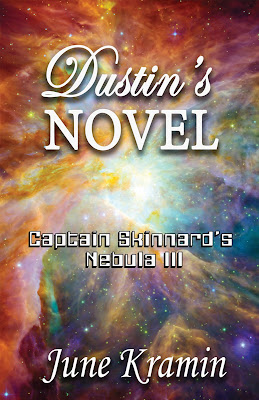 Katie and Dustin have had to time travel before to right some wrongs, but that’s not the answer or even an option this time around.

Struggling daily to deal with devastating news delivered by a time-traveling Frank, Katie immerses herself in Dusty’s latest manuscript. While trying to correct her own fate, she finds herself completely captivated with Captain Skinnard’s world.

She learns that their lives are intertwined with Dusty’s writing far more than she could ever imagine. From innocent phrases used by her daughter to the names of children and pets, Katie is in constant amazement of the twisted pretzel of time.

Enjoy the final installment in this time-traveling trilogy where you’ll join Dustin and Katie in a new phase in their lives and a touch of sci-fi in Dustin’s Novel.

Instead of being frightened as seeing Frank/Dusty, Katie crossed her arms over her chest. “He gave in too easily.”

“Who gave in too easily?” the older Dusty asked.

“Vick, jackass. Oh, here’s your kid. Okay, I’ll just give up traipsing the galaxy now. No problem. Feel free to die now. Ahhhhh!!” Her hands dropped at her side.

“Seriously, Dusty. Make him work for it a little.”

“How about I get it now,” he said, waggling his eyebrows.

Katie scrunched her eyebrows. “Gawd. Even at your age you’re still this way? I’m not sleeping with the seventy year old you, Dusty.”

“Why not? The almost eighty year old you doesn’t mind.”

That sent her laughing until she snorted. “God, I love you.”

“Annnnd I see you still call me God.”

“Stop it,” She finally walked over and gave him a strong hug. “Should I be worried that you’re here? Please don’t make me or you travel through time again. We’re so happy.”

He clasped both of her hands tight. “No way. I just thought now was a good time to come see you.”
“I know there’s more to this. You showing up is never a good thing.”

“Is too. Last time I showed up, I called me, if you recall. I saved Courtney’s life.”

“I know…but…I’ve just gotten used to the stories. I think I actually know which life is mine. Which ‘you’ I won over and when.”

“Whatever. I love you but please go.”

“Can’t you even spare a cup of coffee?”

She crossed her arms and squinted for a moment before she answered. “Fine. But you go before you come home.”

They sat together on the porch swing out back. Dusty finally spoke up after a far too uncomfortable silence. 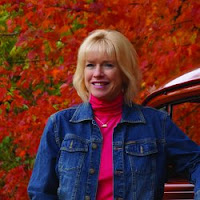 Wife, Mother, Writer, Lunatic. Not necessarily in that order.

"There is a fine line between genius and crazy... I like to use that line as a jump rope!"

June, who prefers to go by Bug, was born in Philadelphia but moved to Maui, Hawaii when she was four. She met her “Prince Charming” on Kauai and is currently living “Happily Ever After” in a small town in Minnesota.

Her son and daughter are her greatest accomplishments. She takes pride in embarrassing them every chance she gets. Being hopelessly addicted to 80's music is her super power.