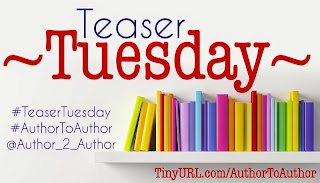 Burning For Her Kiss (Serpent’s Kiss #1) 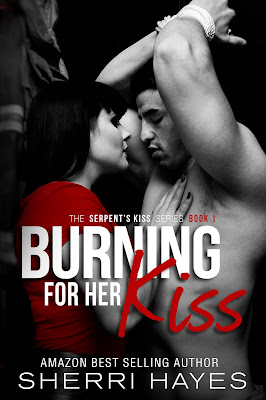 Beth Davenport has no interest in getting involved with another man for the foreseeable future. To say her last relationship ended in disaster would be a colossal understatement. The only reason she agrees to put in an appearance at Serpent’s Kiss, a private kink club in downtown St. Louis, is because her best friend, Nicole, won’t quit nagging her.

As a captain with the St. Louis Fire Department, Drew Parker is used to being in charge. He decides to join Serpent’s Kiss to see if what appeals to him in fantasy is something he wants to explore in the real world.

After what happened before, Beth is reluctant to get involved. Drew, however, won’t take no for an answer. Will she give him a chance, or did her ex leave her with scars too deep to heal?

Excerpt
The bell above the door jingled announcing another customer, and Beth tried to hurry. Getting behind would only make it worse.

Beth sighed. She hated when he called her that, but telling him did no good whatsoever. Tommy was twenty-three and felt the need to give everyone a nickname. She had to admit B was better than the first nickname he’d come up with for her—Bumble Bee.

Cutting the sandwich in half, Beth placed it along with chips and a homemade pickle on a plate and brought it out with her to give to Mr. Keller. “Here you go.”

He smiled back at her and took the sandwich. “Thank you, dear.”

Beth wiped her hands on her apron and started toward the counter where Tommy was chatting with someone. When she saw who it was, she grinned.

Then Beth noticed the man standing behind Nicole. Drew Parker.

“Nicole. What are you doing here?” Beth asked through gritted teeth.

Her friend acted as if nothing were amiss. “We were working in the area and got hungry. I told Captain Parker and his crew that I knew of a great place for lunch, so here we are.”

Beth was going to strangle her. 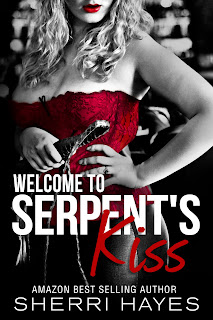 After losing her husband unexpectedly, Katrina Mayer decided to open Serpent’s Kiss. She wanted it to be a place where she and her fellow kinksters could play and socialize.
Five years after the doors opened, the club is everything she’d hoped it would be. On Friday and Saturday nights, Serpent’s Kiss is filled with men and women who share a similar desire to explore the pleasures BDSM has to offer. The club has continued to grow, and over the years, many of its members have become friends.
The one thing Katrina didn’t expect when she’d decided to open a club was the human drama that came with it. Learning to balance her life as the club mistress has taken some getting used to, but she wouldn’t change a thing. 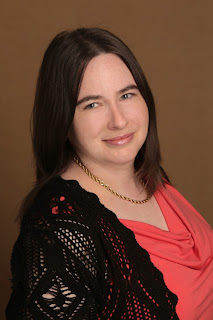 Sherri spent most of her childhood detesting English class. It was one of her least favorite subjects because she never seemed to fit into the standard mold. She wasn't good at spelling, or following grammar rules, and outlines made her head spin. For that reason, Sherri never imagined becoming an author.
At the age of thirty, all of that changed. After getting frustrated with the direction a television show was taking two of its characters, Sherri decided to try her hand at writing an alternate ending, and give the characters their happily ever after. By the time the story finished, it was one of the top ten read stories on the site, and her readers were encouraging her to write more.
Eight years later, Sherri is the author of nine full-length novels, and two short stories. Writing has become a creative outlet for Sherri that allows her to explore a wide range of emotions, while having fun taking her characters through all the twists and turns she can create.