Power Shift: Hunting the Bounty Hunter beneath Haunted Alaska Skies - Calinda B
A mystery hovers around the Haunted Bear Glacier near the remote town of Charming, Alaska--one Town manager Chia Petit’s determined to solve. There's nothing she loves better than a good Alaska adventure--when she's not obsessed by her sexual needs or her obedience to rules.

Will Chia lose her town to those with dollar signs clouding their judgment, or will her undeniable, wanton attraction to Hung Durand distract her?

Desperate to escape her stepfather and false criminal charges, Elliana Cage needed a way out. It made perfect sense to sneak onboard the first ship departing her home. When her path crosses with a handsome stranger, she’s in for the surprise of her life.

Aran T'Kar didn't expect to discover a beautiful woman hiding out on the Zanian. Protocol dictates detainment, but Aran can't resist the urge to take one taste.

Officer Kristin Greene has always felt something was missing from her life. Kristin finds herself investigating a homicide where a woman has had her throat ripped brutally out. As she begins to dig for the answers, she is thrown into a world she never knew existed. When Julian and Alexander crash into her life, she is pulled into a love triangle that has been going on longer than she has been alive.

When Jem Stonehouse, dreamer of werewolves, meets werewolf Sean Holloway, worlds collide and fantasy becomes reality. Apart, the two are safe but live unfulfilled lives. Together, they'll become prey to rival packs, as they have been for hundreds of years. To keep history from repeating itself, he must win her love.

Can Jem accept her destiny,or is her inner wolf buried too deep to save her future with Sean?

Asriel - Orlosian Warrior, descendant of Nephilim, law enforcer - glimpses Malina, a human with a penchant for drawing trouble like a tornado, and she becomes his obsession.

With no hope of finding love in his dimension, he breaks the cardinal rule, leaving his home to protect her, but she has also drawn the attention of his enemies.

Laurel hopes Laurel Heights will be a safe haven to escape her abusive past. Are the bumps, thumps, and bangs in the night caused by the murderer of her cousin James, her ex-boyfriend seeking revenge, or a disturbed soul trying to communicate with the living? Drawn together by the mystery, Chase and Laurel become entangled in a relationship that seems hopeless. Can their love survive the haunting of Laurel Heights?

Alone for a millennium, since a human murdered her beloved consort, Ashra, the immortal icrathari queen, rules over Aeternae Noctis, the domed city of eternal night. Her loneliness appears to be at an end when her consort's soul is reborn in a human, Jaden Hunter, but will their reunion be thwarted by enemies without, treachery within, and the greatest mystery of all—what is the city of eternal night?

Jake MacKay gets a ghostly call demanding he come to Perdition to give an estimate on renovations.

Lexa Creighton is a descendent of people who worked in the haunted bordello.

Just because her ancestors are dead doesn't mean they won't mess with her sex life!

With the spirits of Perdition interfering, Jake's pursuit of Lexa gets … complicated.

After her home is invaded by lycans, the brutal attack is the only memory Ayden carries of her former life.

Newly bitten lycan, Kane Walker, has something Ayden wants—clues that may finally lay her past to rest. To reach them, she must be willing to submit to the sensual pleasures awakened by his touch.

But time is running out.

In seven days, Kane will become what Ayden despises most.

It's time to meet and interact with the authors and celebrate the release of this incredible box set. Come join them for an evening of fun. There will be prizes and games. September 25th. 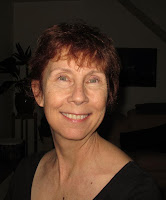 With seventeen books roaming the universe and more in her head, you can find her on her BLOG or FACEBOOK PAGE. You can sign up for her newsletter, get free books, access to giveaways and more.


Michelle Howard enjoys a crazy life that involves wild kids, a loud dog, and a husband who tolerates the madness. Like many authors, she’s dreamed of writing since reading her first romance novel many years ago. She loves paranormal and contemporary romances and is a fan of the classic romances by Judith McNaught and Julie Garwood.

I love to hear from fans so please reach out to me through FACEBOOK or TWITTER. If the mood hits you, leave a review on Amazon or Goodreads. 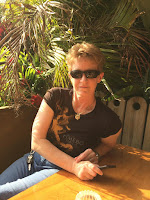 Stacy Eaton has been a full-time police officer since 2000. Her current assignment is as Detective of her small town department. She enjoys crime scene investigation; taking a passion in putting the pieces together to figure out the crime. She is also a business owner where she helps people get the awareness out for the causes they care most about. She currently serves on the Board of Directors for her local Domestic Violence Center. She is a mother of two, a son proudly serving in the United States Navy and a tween daughter who is a black belt in Tae Kwon Do and loves cheerleading. Her husband is also in law enforcement. She loves music and photography. Stacy has published 12 novels to date, with several more coming out in the next year. Visit her on FACEBOOK or TWITTER.

J.A. Belfield lives in Solihull, England, with the best husband in the world, aka Mr B, a couple of back-chatting but pretty cool kids, a pooch she treats likes the baby of the house, and a couple of scrawny cats that like to vomit in unnecessary places. 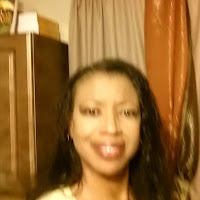 Dariel Raye is a multi-published author, musician (sings and plays 9 musical instruments including piano, organ, brass, and percussion), counseling psychologist and educational consultant who tutors algebra and statistics. An animal lover, she actively supports several animal rescue and cruelty prevention groups. She writes IR/MC (interracial/multi-cultural) paranormal and fantasy romance and is presently writing a shifter series, “Dark Sentinels,” a reluctant hell-dweller series, “Kushiel’s Keep,” two Nephilim series with vampire-like heroes, “Orlosian Warriors” and “Cain’s Progeny,” “Lifegivers,” a paranormal romance series with a variety of beings, and an erotic fantasy newsletter serial. To learn more about Dariel and her books, Visit her BLOG and join her NEWSLETTER for news about releases and events. 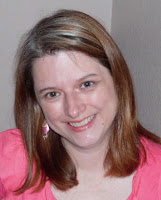 Denise Moncrief is a Southern girl who has lived in Louisiana all her life, and yes, she has a drawl. She has a wonderful husband and two incredible children, who not only endure her writing moods, but also encourage her to indulge her writing passion. Besides writing romantic suspense, she enjoys traveling, reading, and scrapbooking.

Accounting is a skill she has learned to earn a little money to support her writing habit. She wrote her first story when she was a teen, seventeen handwritten pages on school-ruled paper and an obvious rip-off of the last romance novel she had read. She's been writing off and on ever since, and with more than a few full-length manuscripts already completed, she has no desire to slow down.Visit her on FACEBOOK or TWITTER. 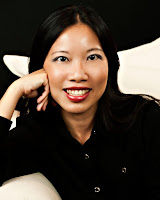 Jade Kerrion defied (or leveraged, depending on your point of view) her undergraduate degrees in Biology and Philosophy, as well as her MBA, to launch her second (and concurrent) career as an award-winning science fiction, fantasy, and contemporary romance author. Her debut novel, Perfection Unleashed, won six literary awards and launched the Double Helix series, which should be read in order for maximum enjoyment. (Hang in there for the happy ending…) Life Shocks Romances features her sweet and sexy contemporary romance series. Eternal Night won the Gold Medal in Fantasy at the 2014 Royal Palm Literary Awards. She writes at 3:00 am when her husband and three sons are asleep, and aspires to make her readers as sleep-deprived as she is. Visit her on FACEBOOK or TWITTER. 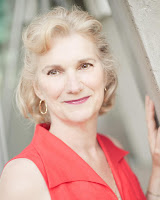 Multi-published author Bonnie Edwards lives with her husband and pets on the rainy coast of British Columbia. She believes life should be lived with joy. That joy shows up in her earthy, irreverent love stories. Bonnie uses long hikes to bounce ideas off her husband and her standard poodle, who almost always agrees with her.

She has written novels, novellas and short stories for Carina Press, Harlequin, Kensington Books and Robinson (UK) although now she publishes her work herself.

Sometimes her stories have a paranormal twist, likes curses and ghosts, other times not. But they’re always entertaining and guarantee a happy ending. Visit her on FACEBOOK or TWITTER. 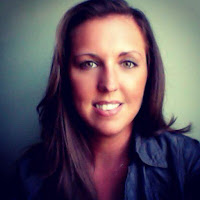 Keri Lake is a married mother of two living in Michigan. By day, she tries to make use of the degrees she’s earned in science. By night, she writes dark contemporary and paranormal romance. Though novels tend to be her focus, she also writes short stories and flash fiction on the many occasions when distraction sucks her in to the Land of Shiny Things.