TENDRILS
Where 'What if' becomes 'What is' 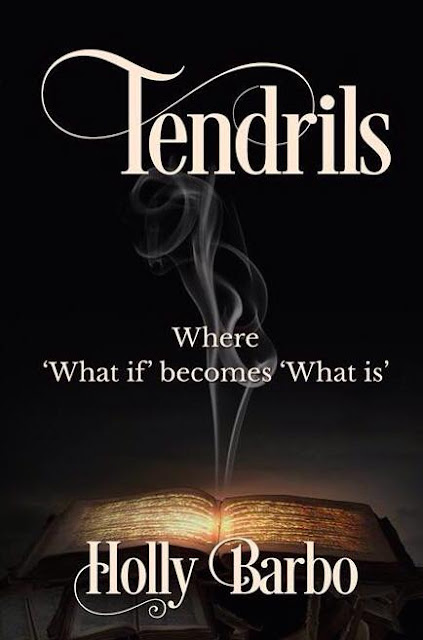 Stories come from any number of places. One could start from a memory, a photo in a magazine, or from pondering a news item and wondering ‘What if’?

This collection arose from that sort of random stimuli. Some are pure imagination of science fiction or fantasy. Others, though, developed from random historical facts or the disturbing news stories of war-torn regions.

Each story has coalesced from ‘What if’ to ‘What is.’

The Tin of Honey:

Zoe knelt by the tiny trickle of water that seeped out around the rocks. She wet some dirt and caked it on the stings that liberally dotted her face and arms. Zoe breathed a sigh as the mud eased the discomfort. The little girl would be filthy by the end of the day, but she doubted anyone would notice.

There was a scuff of sound and Zoe whirled low into the deepest shadows of the rocks. “It’s just me,” came the whisper. Bright green eyes under a messy thatch of brown peered over the edge of the gully.

The little girl sagged in relief. Sam wouldn’t tell on her.

The boy studied his small friend. “I see you found the bee’s nest. Did you get the honey Robson wanted?”

The little girl nodded. She knew the man’s desire for the sweet. He had impatiently pried open the can and grabbed a honeycomb as soon as she delivered it last time. Zoe pointed to the large tin. She stood and brushed the drying mud off her palms as she moved to the container and lifted it into her arms. Sam shook his head at the picture. The tin seemed almost as big as she was. “You got that okay? Both of us have to get back to the work team. We’re late. I’ll see you there.”

Zoe shook the tangle of tawny-colored hair out of her eyes and nodded toward the top of the gully. Sam picked up his bucket of berries and, with a wave, disappeared over the rise.

The youngster scrambled up the slope. The tin was big and awkward in her arms and she stumbled, jarring the container. She struggled to get her balance. Though she knew Sam would have helped her, she couldn’t allow that. There were consequences if she didn’t pull her weight.

Stopping at the edge of the wheat field, she set the big tin down again and rubbed at the bee sting at the edge of her collar of obedience. Nothing could be done about that particular sting. It was just going to chafe against the hard edges of the band. The collar was impossible to take off. All the kids wore one. Robson had found them in the old prison storage room and used them to ensure the orphans did as they were told. The collar was constructed in a series of overlapping metal flakes. It reminded her of the scales of the snake she had seen near the compound last week.

With a sigh, she squatted down and wrapped her skinny arms around the tin. She got the weight balanced and started through the waving grass. Running was impossible, but she hurried the best she could. Sam was far in the distance and would reach the other orphans probably ten minutes ahead of her.

Orion gave a quick scan of the room. He needed to make sure he had everything important. His backpack was stuffed and the computer case held so much that there were edges of paper sticking out of it in a haphazard manner. The slender young man slung the strap of the computer bag over his shoulder, grabbed the backpack and headed for the front door. His hand paused as he reached for the knob and he looked out the window.

It was dark and he could see the snow falling through the street lights. There didn’t seem to be anyone about, so he slipped from the house and walked casually to his trusty old Chevy, his breath coming out in rapid visible puffs. The nonchalance was an act. He wanted anyone watching to assume he was going to M.I.T. to get in some late night work. He scanned the shadows, hoping that no one was there. He threw his backpack on the passenger seat then wedged the computer case between it and the seat back. He wanted both within easy reach. Once buckled in, he allowed his nervousness to slip out and thoroughly checked the view from his mirrors.

He eased onto the street and when there was no sign of his tires slipping, increased his speed. Orion reached into the pocket of the backpack for the pre-paid phone that he’d picked up when he determined his cell had been tapped. At the stop sign, he punched in a number. The snow flurries were increasing and he switched on the wipers. Orion waited for his friend to pick up.

He smiled when he heard her voice and responded by saying, “I’m on my way and no one is following me. Just in case, I sent instructions to our safe place. Don’t worry about retrieving the envelope unless I don’t get there by morning. Okay. Gotta go. I’ll be at your door for breakfast with your favorite croissants. Have the coffee brewed.”

Orion laughed at the response. “Okay. I need to concentrate on driving in this stuff. See you soon, Chayse. Bye.”

Beyond the stop sign, the road sloped to a picturesque country bridge, one of many that dotted the New England states. He had to admit it was beautiful in the snowfall but with the driving conditions worsening, he focused on how the car responded to his small adjustments in steering. In the weak light, he didn’t notice the watcher standing in the shelter of some trees on the far side of the road. The muffled figure took a box out of his pocket, pointed it at the car and pushed a button. The loud sibilant schwuff of the slush hitting the car’s undercarriage drowned out the pop.

Without any warning, Orion’s power steering quit. Working to compensate on the slick road, he fought to correct the fish-tailing motion of the car. “Shit!” He tapped the brakes and was horrified as his foot went all the way to the floor.

Fighting the wheel and the momentum of the old Chevy on the slippery surface became his entire focus…and he was losing. He tried gearing down and applying the emergency brake, but the car went into a spin and he caught a glimpse of the bridge railing coming up too fast. “Shit!” The car broke through the wooden barrier and sailed into the darkness over the side.

The Founders ~ Divergent Paths ~ The Unraveling
The Reweaving ~ The Lost ~ Sunstone 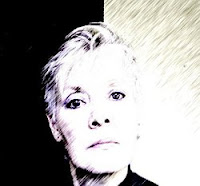 Holly's world is shaped by her love of family, the beauty of the natural world and an irrepressible creative drive. She has always been curious and sees life through questions. These four characteristics color her writing voice and her stories frequently evolve from her asking "What if....?" Her tales tend to have non-urban settings with nature contributing to the plot, building discordant themes inside a seemingly peaceful refrain.

My motto: Weaving Alternative Worlds with Threads From Today.