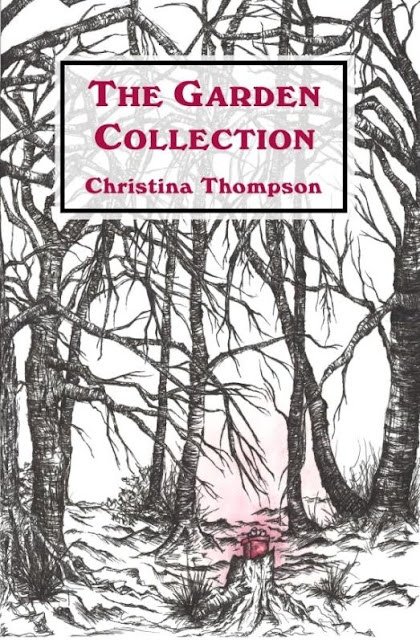 A few words of encouragement can stay with you for a lifetime. Robert and Brianna’s childhood friendship grew into respect for each other and their ideas. Robert gave her the confidence to stand up for herself. Brianna helped him see his artistic potential and encouraged him to travel for his inspiration. He found it in the letters she wrote.

After her mother abandoned her at sixteen and her stepfather beat her at eighteen, Brianna Carlson now struggles to care for her six-year-old half-sister, Chloe. The day before her twenty-first birthday, Brianna receives news that her stepfather will be released from prison. Half blind from a head injury and still limping from a once broken leg, she’s terrified he’ll come back to hurt Chloe this time. She decides to leave town.

Waiting for their five-year age gap to diminish, Robert Donovan purposely stayed away. While traveling for his family’s jewelry business, he designed The Garden Collection, his newest line of necklaces, bracelets, and earrings. Returning home, he discovers Brianna had lied in every letter she sent. She never received any of his. Before he can demand answers, she disappears without Chloe.

As Robert learns about Brianna’s life during his absence, he sets out to find her and convince her to trust him again. He hopes the innocent love of their youth is strong enough to heal her injured heart and fulfill his need for a home.

Brianna wanted to tell Robert about her bleak situation but held back. Why bring him down? What good would it do? He was leaving for an adventure tomorrow. Ignoring her swollen eye, she retrieved a small tatty ring box from her purse. She handed it to him.

He grinned. “Are you proposing?”

“Certainly not, I’m a mess. It’s a going-away present. Just promise to save it for the plane.”

“You’re not coming to dinner tomorrow?” he asked as he slipped it into his tuxedo pocket. When she shook her head, he held out a slightly larger sparkling red box. “Then Happy Birthday.”

She gaped as he set it in her cupped hands. The lovely box had a bright white bow on the top. The tag read To Anna from Robert.

“Thank you,” she whispered as she carefully lifted the top. She caught her breath. “Oh my, it’s stunning but way too expensive. I can’t accept this.” She held out the box for him.

“Of course, you can,” he replied, taking the gold heart locket out of the box. Swirls of etched ivy covered the front and back. A heart-shaped emerald gleamed in the center. He placed the chain over her head and stood back to admire it. “It’ll match your one green eye,” he said with a grin.

Her hand trembled as she touched it. “It’s the nicest gift I’ve ever gotten.” It was actually the only gift. Born to alcoholic parents on January first had its drawbacks. They slept off the hangovers for the full day. “But it’s too much, Robert.”

“If you want to make it even, you can write to me at the villa.”

“I’ll expect a letter every few weeks that’s at least two pages long. You can fill me in on Lucy’s antics,” he said, reaching for her hand. “This is my big chance to prove myself. You understand, right?”

She nodded and held her other hand over her locket. “Thank you,” she whispered again.

Taking a step closer, he leaned down and kissed her. Her mind went numb, but her toes tingled. She didn’t want him to stop. He gently pulled her against him. She parted her lips letting him taste her. His tongue sent a wave of warmth throughout her body. She didn’t realize kissing was a pain reliever. Her cold body wanted to hide in the safety of his embrace.

“Robert. Please. Don’t leave me, too,” she silently begged.

He let her go and played with a long ringlet by her ear. “Oh, Anna, even with one eye, you’re still the prettiest girl I know. I’ll miss you,” he said, before leaving.

Standing alone in the middle of the room, she closed her eyes. A profound sadness settled over her heart. She wept. 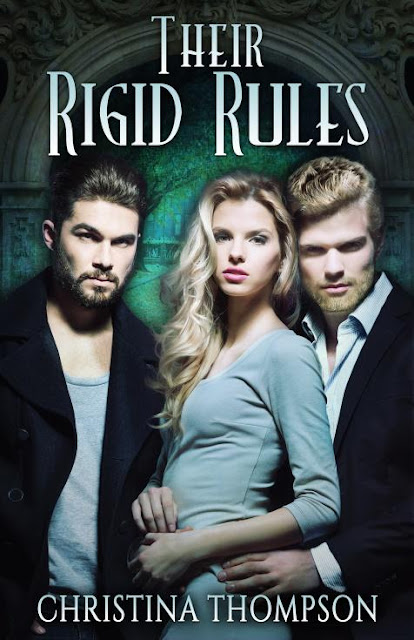 Taylor Valentine, a senior at Western Michigan University, has had her life planned out since kindergarten. After her parents died while she was still in high school, she had perfected it to make them proud. Now with the help of her best friends, Joe and Eva, she focuses on graduation and a career with romance in the far distant future. However, when the visiting professor enters the lecture hall to a four-weekend Civil War seminar, her perfect plan hits a snag.

As a handsome history professor and former marine, Dr. Stuart Morgan has his own set of strict rules especially with infatuated students. He enjoys his boring yet pleasant life until he starts receiving death threats. With his unwanted bodyguard in tow, Stuart is unnerved by his reaction to Taylor. Their rigid rules discourage all but a flirtation.

As the death threats become evident, the FBI believes Taylor’s the culprit, hindering their budding romance. When Taylor inadvertently becomes the target, Joe and Stuart whisk her away to protect her. Meanwhile, Joe struggles with his feelings for Taylor. He’s loved her since grade school. He won’t let her go and stands in Stuart’s way. The men push her to choose between the lifelong love of her best friend and the true love of her new boyfriend.

With the threats from family and foe pulling them apart, Stuart wonders if they can sustain the stress. Trusting their love, he must somehow convince Taylor to break her rules and embrace a new plan.

In shock, Stuart stared through the crack. No! It was not supposed to go like this. Joe turned to her. He questioned her statement, too.

She continued. “I thought Stuart was my one. Maybe I’m wrong.”

No! You’re not wrong! I am the one! Every cell in his body wanted to rush into the room. He gripped the doorframe to stop himself. He didn’t want to hear anymore, but he couldn’t move. Joe gaped as well.

“Are you supposed to be my one, Joey? We’ve been through so much together. I’ve always thought of you as my best friend and brother. Our love is deep and strong. It’s good and pure. Nobody could ever break that. That’s why I’m wondering if you really are my one. You’ve heard Mom’s stories about the chemistry of love and what it’s supposed to be like. Is that us?”

Stuart couldn’t breathe. He and Taylor had chemistry. She didn’t feel it, too?

“Maybe that is us. I’ve loved you my whole life,” Joe replied.

Stuart felt a knife slowly breach his ribs and pierce his heart as Taylor leaned over and kissed Joe. It wasn’t a peck either. The pain froze him as if ice encased his body. Still, he couldn’t turn away. 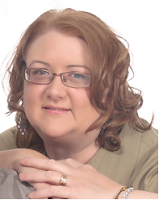 Christina Thompson, a retired acupuncturist, enjoys writing about the physical science, the emotional workings of our mind and heart, and the spiritual energy that taps into our passions.

Her degree in biology from Nazareth College in Kalamazoo gave her a love of science and a background into the physical realm of the body. Her diploma in Traditional Chinese acupuncture from Midwest College of Oriental Medicine taught her that the mind and spirit affect the body in powerful ways.

She currently resides with her husband, Kraig, in Michigan.