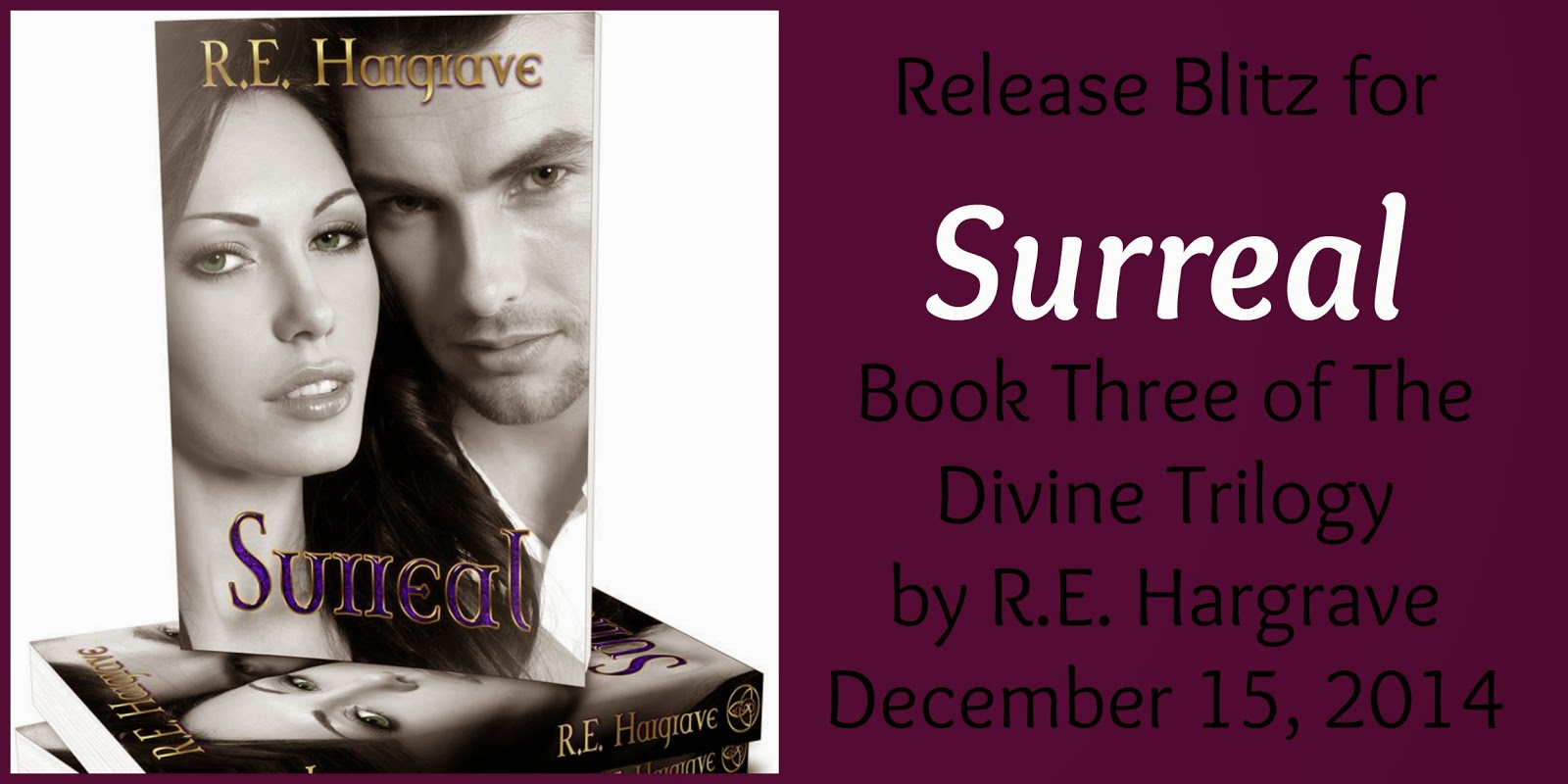 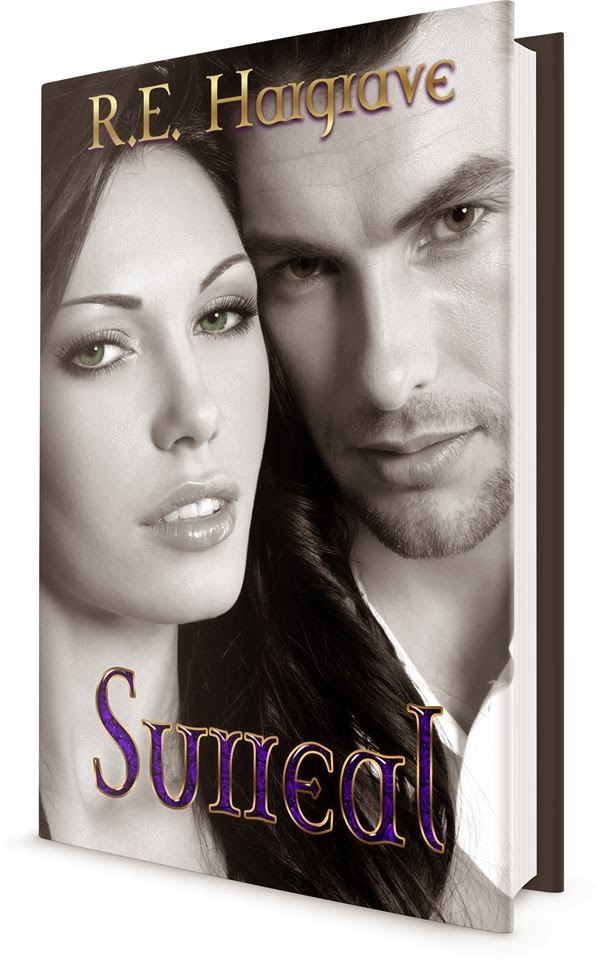 Catherine O'Chancey is a young submissive who has found her happily ever after with a man far better than she’d ever dreamed.

Or has she? When does life ever work out so conveniently?

Jayden Masterson first opened his playroom to Catherine, a provocative Irish beauty with a penchant for pain. Then he opened his heart to her everyday persona, Erin. For him, life has never been more perfect, or more confusing, since he's comfortable as a Dominant but still finding his way as a lover and equal partner. Jayden is also learning that he can't protect his jewel from everything—nor should he. Some battles she must fight on her own.

Erin's past still haunts her, and as the couple move forward in their merging relationship, they must cope with the physical damage left behind by her abuser.

Catherine and her Master still have a lot to learn about each other, and about themselves. If Jayden and his jewel can overcome the challenges they face on the next chapter of their journey, their ending just might be . . . Surreal. 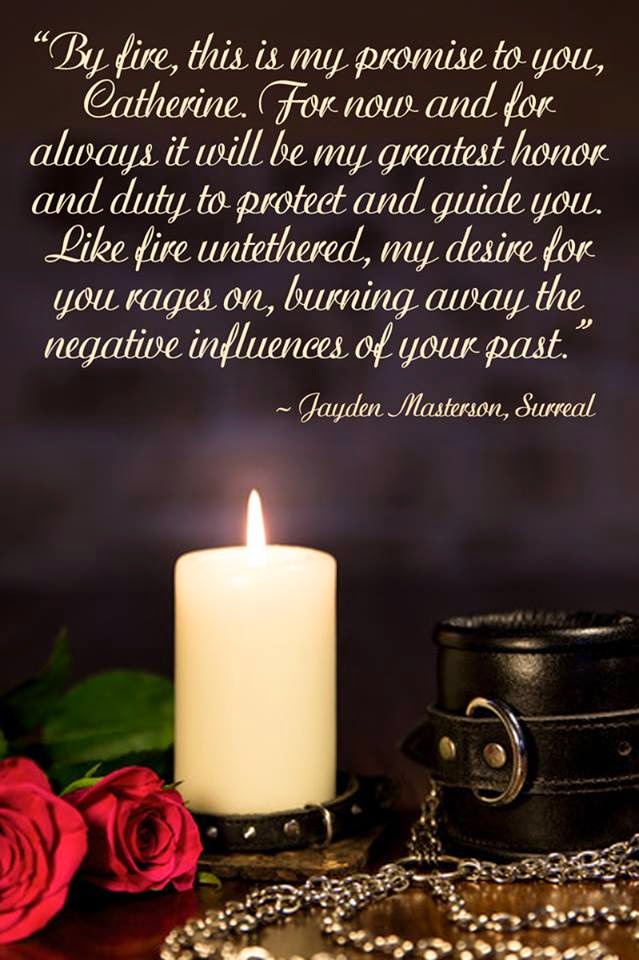 What Reviewers Are Saying:

"The Divine Trilogy was an emotional journey for not only these characters, but for me as a reader. I could not have asked for any more from Ms. Hargrave than what she did – write a beautiful story about intriguing characters that entertained me and touched my heart. And in doing so, she has earned not only my admiration and respect, but gratitude.  The dictionary defines the word divine as being supremely good or superb; in that case, The Divine Trilogy was appropriately titled because that’s exactly how good this series was. This is a must read series!" ~Robin with Sizzling Hot Books 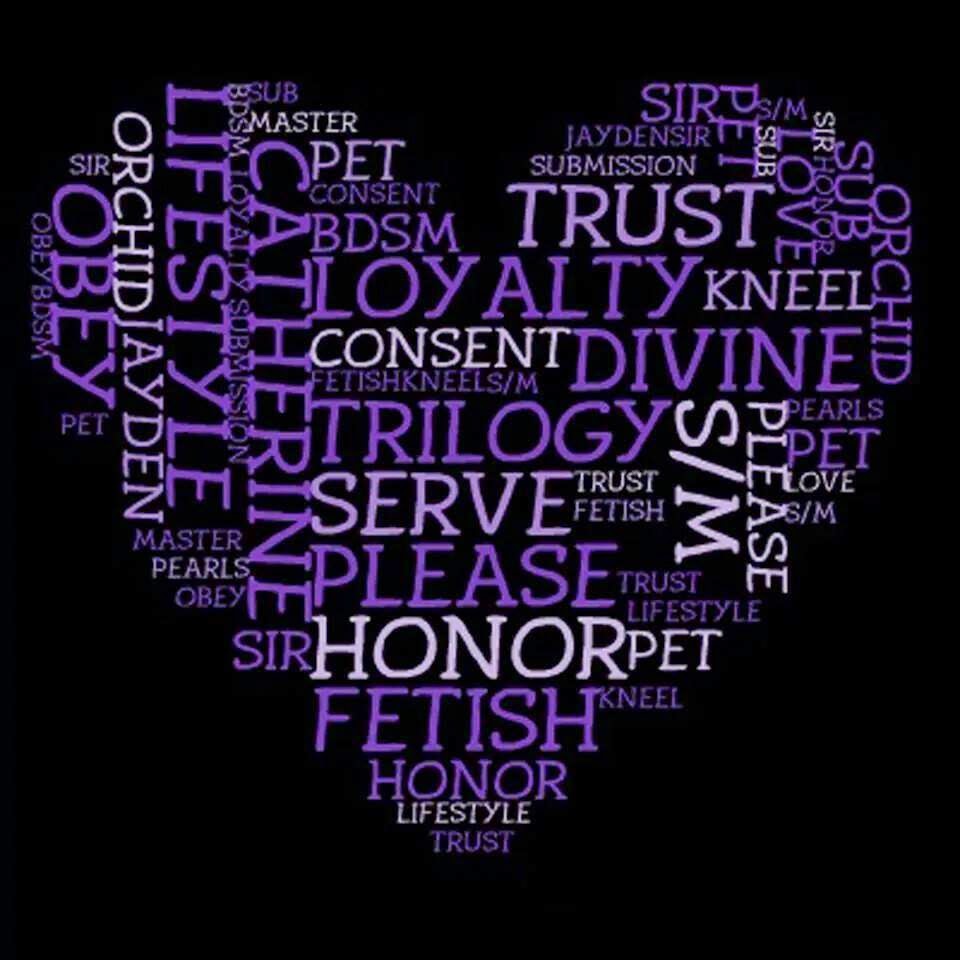 "What an amazing 3rd book in this series! I love this series like no other! Jayden is one smoking, sexy, caring Dom that loves with all he has! Erin is an amazing sub that keeps surprising me as the story goes on! She's strong, sensual, caring, loving and most of all submits to her Dom with all her soul! This is one of those books that you want more from, one that gives you so much that you keep taking it all in and just can't stop! I loved this series and hope and pray there are more like this one to come from an amazing Author who has put so much into what she writes!" ~Maria, Goodreads Reviewer 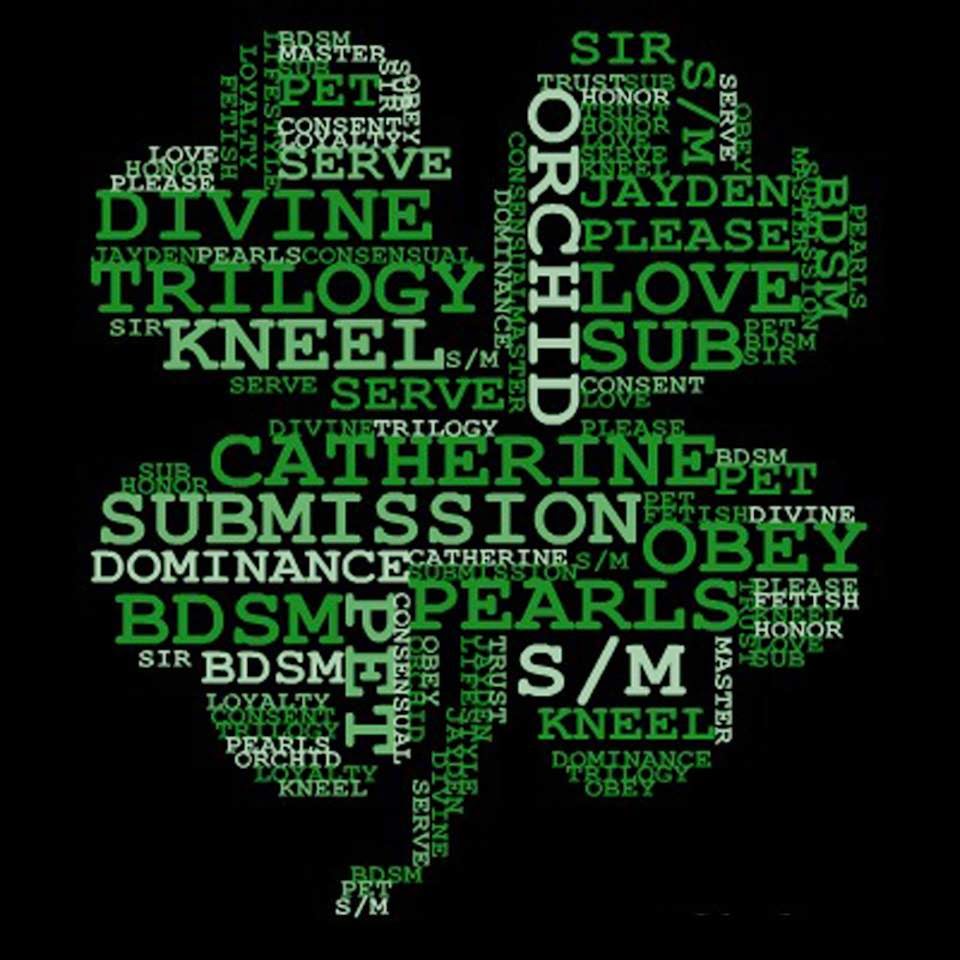 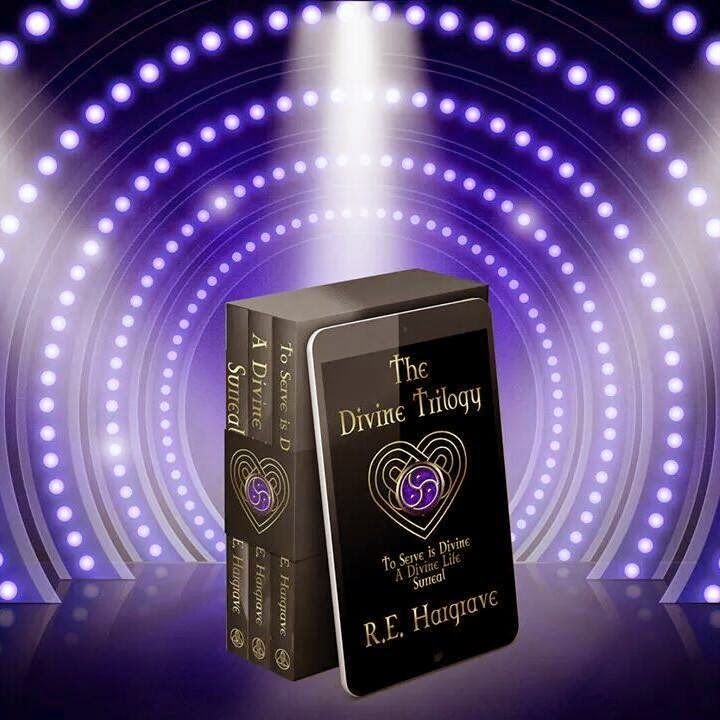 BUY LINKS:
Amazon US I Amazon UK I Amazon CA

Excerpt:
Before the driver could pull the car out of the parking lot, Jillian was talking a mile a minute. Paige seemed to be following it all, but Erin felt lost while she watched them banter like a tennis match.

“Whoa, slow down. We’ve got all day and the only actual appointment is at the dress shop. Paige is meeting the seamstress who will be doing the custom work on her gown.”

Paige and Jillian shared a look.

“What?” Erin was on alert at once.

“Oh, no. This isn’t about me today, Paige. We’re doing stuff for your wedding, not mine. Jayden and I haven’t even set a date yet.”

Jillian took over, “Because you two haven’t pinned down a date is all the more reason to get busy straight away. There is so much to sort out and plan—”

“I don’t know. In my mind, I kind of thought it would be small and quick.”

Paige snorted at that, and Erin kicked her friend in the shin before she said something not suitable for Jillian’s ears.

Jillian leaned toward Erin to lay a manicured hand on her knee. “I’ve waited almost forty years for my son to get married. This is one event that will not be downplayed if I have anything to say about it.”

Erin felt her eyes begin to lower under the intensity of her future mother-in-law’s stare. Paige nudged her knee, which reminded her that submitting to one Masterson was quite enough.

“Surely you’ve got some ideas, Erin? A general time frame and colors, for instance.”

The young woman’s thoughts went to the ink encircling her waist. It captured her heritage, the red and green braiding a permanent reminder of her Irish roots.

Across from her, Jillian relaxed into her seat with a smug grin, and Erin threw up her hands. “Fine. Bear in mind that I haven’t discussed any of this with Jayden yet—and no decisions will be made without him.”

“Yeah, yeah. Give us the goods, girl,” Paige said with a snicker.

“Well, I don’t want white.” She glanced at Jillian and was relieved her preference didn’t seem to be an issue. “I’ve always liked ivory—it’s more down to earth. For accents, I was thinking red and green. Oh, and for flowers,” she smiled at the secret she shared with her Dom, “I’m pretty sure Jayden will want orchids.”

“Good, keep going.” A notepad had materialized in Paige’s hands, and she was scribbling at a furious pace.

Erin shook her head in amusement. “I like roses, too, so maybe we can combine them?” She continued to ponder aloud. “As for when, that will all depend on when Jayden can take time off from work—”

“My dear child, that boy would move mountains for you. If you have a special date you want, I assure you that business will not keep him from making it happen.”

Go back to the beginning: 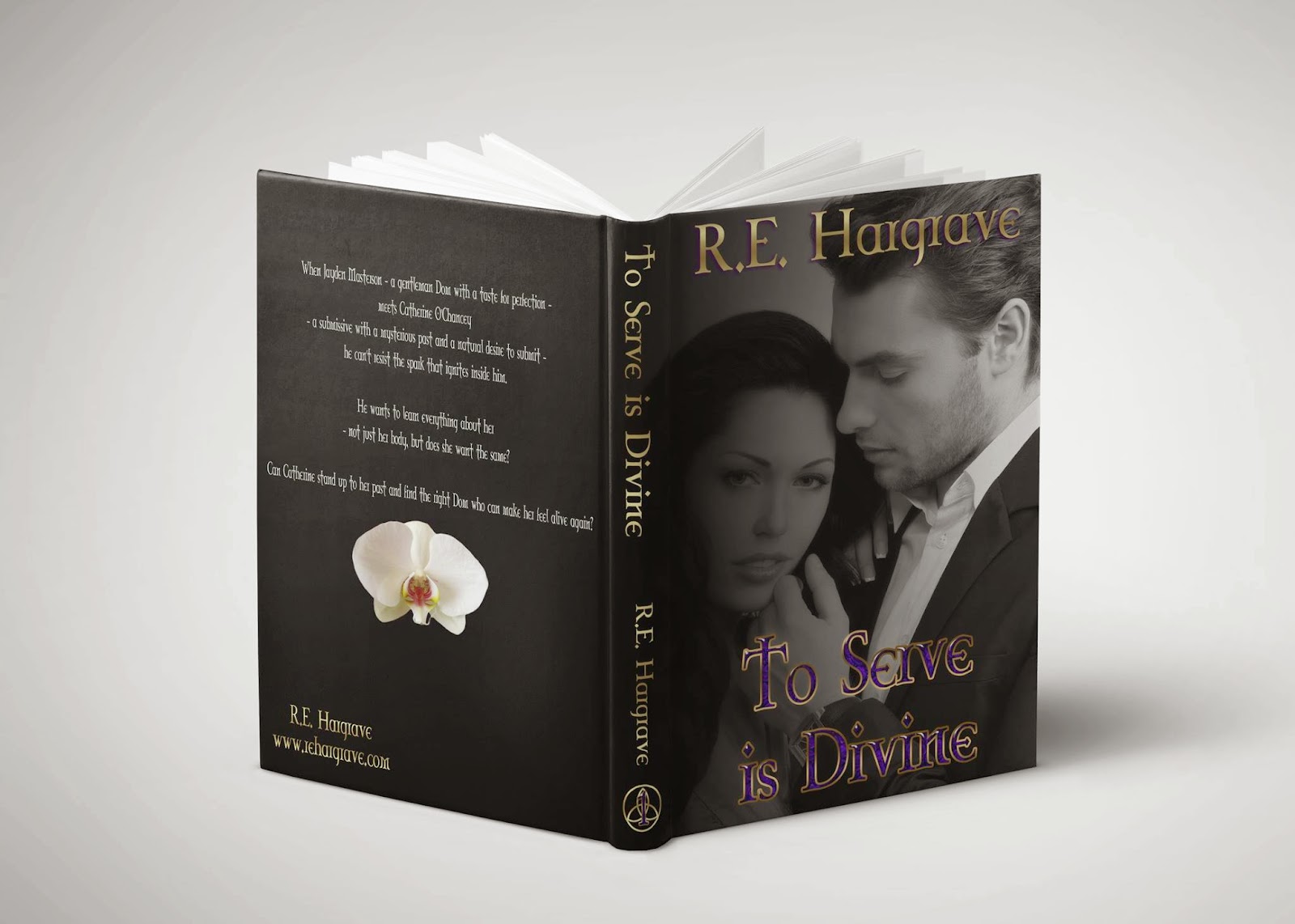 When Jayden Masterson–a gentleman Dom with a taste for perfection–meets a submissive with a mysterious past and a natural desire to submit, he can’t resist the spark that ignites inside him. He wants to learn everything about Catherine O’Chancey; not just the intricacies of her body, but her mind as well. But does she want the same? Can Catherine stand up to her past and find the right Dom who can make her feel alive again?

To Serve is Divine (Book One of The Divine Trilogy):Amazon Kindle 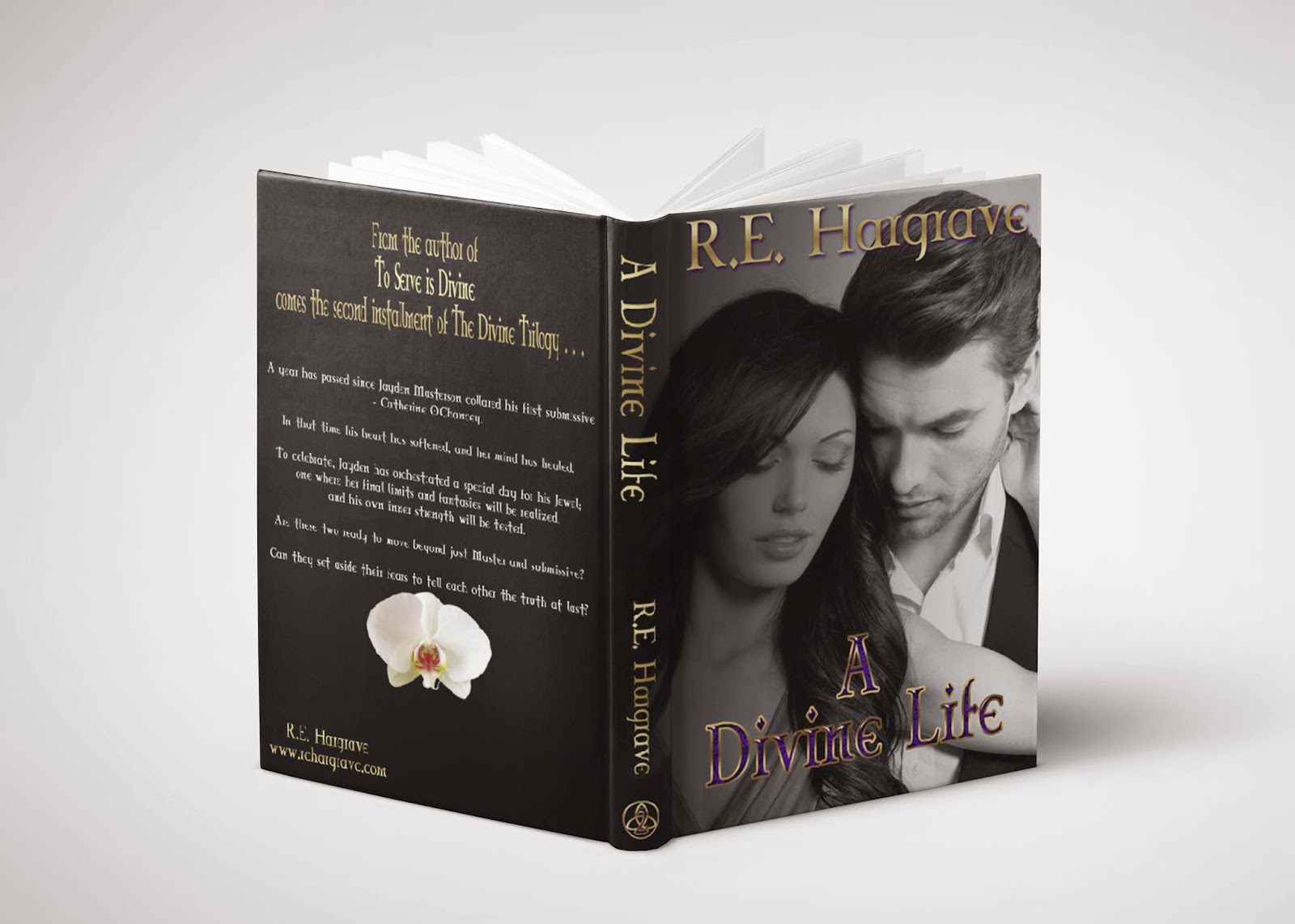 A year has passed since Jayden Masterson collared his first submissive, Catherine O’Chancey. To celebrate, Jayden has orchestrated a special day for his jewel: one during which her final fantasies will be realized and his own inner strength tested. Are these two ready to move beyond just Master and submissive? Can they set aside their fears to tell each other the truth at last?

A Divine Life (Book Two of The Divine Trilogy):Amazon Kindle 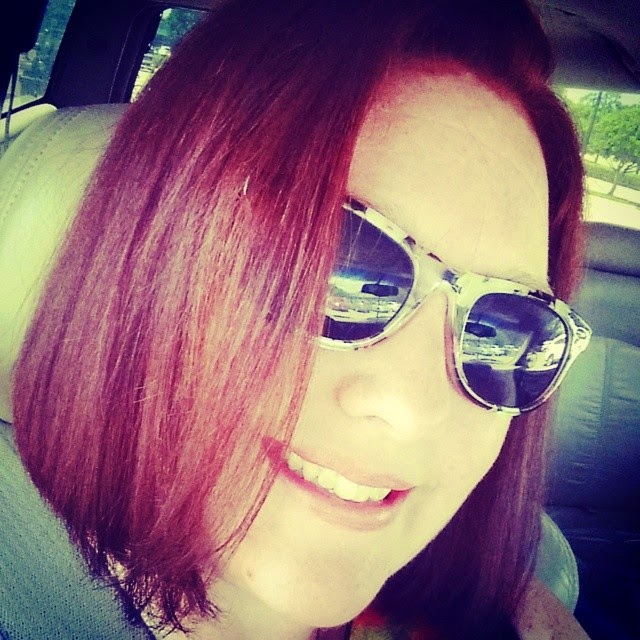 R.E. Hargrave lives on the outskirts of Dallas, TX where she prides herself on being a domestic engineer. Married to her high school sweetheart, together they are raising three children from elementary age to college age. She is an avid reader, a sometimes quilter and now, a writer. Other hobbies include gardening and a love of a music.

A native 'mutt,' Hargrave has lived in New Hampshire, Pennsylvania, South Carolina, Alabama, Texas, and California. She is fond of setting her stories on location in South Carolina and Texas, but its anybody's guess as to what the genre will be!

To Order SIGNED Print Copies of Her Books, CLICK HERE