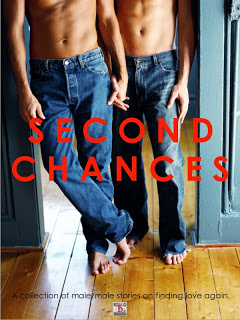 Jacob Kerns is due a promotion, but his ambitions are at risk when he learns his next contract will be handled by Alexander Corey, his ex. Jake tries to put personal feelings aside to do his job, but Alex won't let him. Will they find love again or is the whole thing non-negotiable?

When Zack Doherty comes to Australia on a working holiday, he is uncharacteristically forward in pushing Heath Connors, a man he barely knows, for a date. Heath, who has only recently begun to live life his way, wonders if Zack will be the one to mend his heart of glass.


Better Together by DaNay Smith

Greyson Welles followed Dominic Nash to Baltimore for his dream job, putting his own on hold. Dominic can see that Greyson's unhappy, but never expects him to turn down his proposal and return to New York. Will Greyson be gone forever or will he decide they're better together?

When Daniel Fletcher runs into his ex with the man he caught him in bed with, vodka seems like the answer. Nathan Smith is used to men drowning their sorrows at the bar he tends, so the connection he feels to one is unusual. Will a means to forget turn into something more?

Josh Campbell is handed a notice to appear in court for a traffic offence, but his humiliation is complete when he comes face to face with his schoolboy crush, Carter Sullivan, in the court room. Could this be the start of something with Carter now that age is not an issue.


MY OVERALL RATING FOR COLLECTION: 4.2/5
Second Chances ~ An interesting concept to be given to write on. As a whole I think this anthology explored  the theme quite well.

Two of the five stories really stood out for me, Heart of Glass and Dirty Martini, because these authors took a different approach in addition to their tales being well written. Where the other stories took the angle of the "second chance" being a rekindling of old flames, these surprise you with two men who go on to establish better lives and find happiness with new love interests so the reader is given that experience of "first rush" as they get their "second chance" at love.

While Better Together had a great premise, I had to give this one such a low rating because as a reader I felt it difficult to keep track of who was who. It wasn't until near the end that it dawned on me why: the author does rapid POV shifts while using multiple names (Greyson/Grey and Dominic/Dom) and it gets confusing.

My favorite in the collection was easily the final story: Notice to Appear for the simple fact that it was the least angsty, and I'm a wimp. Notice to Appear was light-hearted and sweet. In addition, it was a happy medium between the situations I mentioned above – yes the main characters knew each other previously, but they are not rekindling an old relationship, just getting the chance at last to act on old, unspoken feelings.