I'm excited to participate for the first time as a Blog Tour host with an official Jitterbug PR book release tour! Please welcome Michele Richard as she tells us a little about her new book Affirming The Faith and what it's been like bringing the Mocked By series to life. 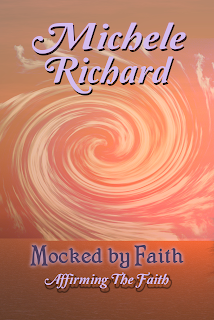 Even my up-coming Mocked by Silence, which is a spinoff from Mocked by Faith, will be independent, so readers will find out all the details around one specific character without having to read the trilogy to connect.

I absolutely adored writing all the Mocked by series. Having each couple struggling with different parts of their lives mocking them has been so free from having to stay in one grouping. From teen pregnancy to a faith, everyone feels like something is mocking them, I just put it in a book for all to read.

I’ve been told by other authors this is a unique concept. Who knew when I started it with different circumstances it would become such an unheard of concept? Not me that’s for sure. To me it made perfect sense.

Research has been very insightful for this series. Each title has its own needs and required knowledge.

Honestly, it’s been a little sad for me to say goodbye to the characters from Mocked by Faith. I love them so. But their time had come to be set free. Originally Mocked by Faith was planned to be one book. Next thing I knew there were two, then three. They’ll forever be part of me, though now, they’re free to fly.

In a way, I’m thrilled that their story has finally been told to its completion. It now opens up my time to finish a few more works that are already started. Okay so maybe there are ten new works already started. What can I say: sleep is highly overrated.

So you may be wondering: what’s next in the Mocked by series? As I have mentioned earlier, Mocked by Silence is in its starter stages, and so is Mocked by Destiny ~Joshua’s Journey. The idea for Mocked by Fate is still brewing, but will hopefully be started soon.

Synopsis for Mocked by Faith: Affirming the Faith by Michele Richard
The time has come for Alexia and Justin McNear to move out of their beloved home at The Gates, a hidden gated community where time doesn’t change the way of life. It's time for a new start with the birth of a new community, and children to raise in the faith they cherish. Alexia and Justin’s challenges are far from a thing of the past. Life’s not always perfect. This is a fact these two know all too well. Together they’ll have to remind each other nothing is ever perfect.
Alexia has grown to accept her husband and her role in life, but now, new issues will arise, and force her to fight to keep her family together and safe. Her days of insecurities may be behind her, but she’ll be tested to see if she’s really ready to be a minister’s wife.
Justin has learned the error of his ways and will stop at nothing to protect his family and faith. Now a minister, he must show his parishioners he’s more than capable of leading them. There are no challenges or disabilities too great to overcome.
Together they’ll have to select the perfect spouses to contract for their children and lead L’île d’anges, the new community left in their trust to build. In a world of arranged marriages and dominating husbands, things are not always as they seem. Even with the small progresses their faith has made, they’ll cling to the ways of the past generations.
They’re in for an uphill battle when Mother Nature sets her eye upon them. Locked away from anyone to help them, they’ll have to rely on each other and their faith to see them through.
Is history repeating itself? When one son has no match, what then? Can they beat the clock before it’s too late?

About the author: Michele Richard 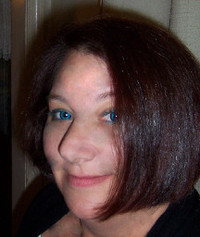 Michele Richard lives in a suburb of Boston, Mass. She’s the mother of two pre-teen daughters and the wife.
Michele Richard has created the Mocked series. From Mocked by Destiny to the trilogy Mocked by Faith, she writes what comes from the heart. A wife and the mother of two preteen girls, she spends her days spinning tales about what happens when what you believe in mocks your every turn.
When she’s not writing, her days are filled with her family, her bunny Geneva, and friends. Her greatest passions are learning new languages and traveling. She currently resides in the Northeastern part of the United States however; her family members live down the east coast as far as North Carolina.
She’s currently learning French and Spanish, and one day hopes to be fluent in both. Learning new things is always something she enjoys.