BOOK BLITZ: In Your Dreams by Julia Kent #GIVEAWAY 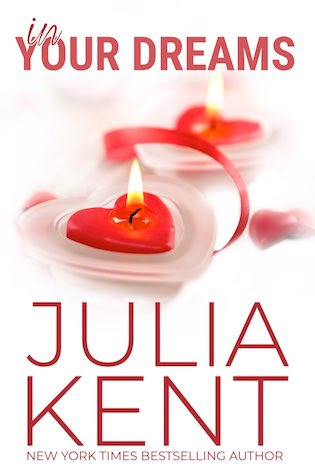 Laura Michaels sat up in her dark, lonely bedroom, heart slamming in her heated chest, the dream so real she could still taste his mouth against hers, feel hands pressed into her soft curves, sense fingers exploring where she wanted them most in the lush territory of her abandoned body. Yet her bed was empty, as always.

Except for the three cats who thought they owned it.

And the empty ice cream pint, spoon jutting out like it was identifying her in a line-up.

What kept her heart beating so fast, though, was one undeniable fact.

There had been four hands on her in that dream…

This prequel takes Laura, Mike and Dylan from the New York Times bestselling series Her Billionaires and offers a glimpse into their yearning for what was meant to be…

The book you are about to read, In Your Dreams, is a newly-revised and expanded prequel to the New York Times bestselling series, Her Billionaires. It was originally published in 2014 under the title Before Her Billionaires, but now has more than double the words, is fully re-edited, and has more of the men .

So many words bounced in her addled head, jumbled and incoherent as his tongue found the pulsing center of her sex. Gratitude. Mercy. Delight. Ecstasy. Joy. Abandon.

“God, you’re so…” she whispered as he tended to her with such care, like a virtuoso of a woman’s body, playing her as if she were a fine instrument only a handful of mas-ters could manage.

“Mmmm,” he groaned against her, one hand cupping her ass and driving under her, up over her hip and onto her belly, lounging there as if it were waiting for something that it knew was coming. “You’re the one who is a goddess,” he said against her thigh, the wisps of air against her vulnerable, exposed flesh making her quiver. “A luscious, beautiful, amazing gift,” he continued, his words arousing her as much as his ministra-tions to her flesh.

One hand on her belly, one hand’s fingers in her, and then a third hand cupped the soft flesh of her ass, a fourth on her breast, tweaking the nipple where his mouth had just been.

A new mouth kissed her, tasting like wine and spices, different from the earlier man, who’d carried a distinct minty flavor. Her body flushed and her eyes searched the dark room, seeking answers.

How could there be two men?

“We adore you,” said a new voice, deep and filled with a sensual growl that made her entire body shiver, the epicenter of this tectonic shift between her legs. Her hand groped to find the body attached to that voice, encountering hard, rigid muscle, arms with veins that stood out like a rope, like a lifeline she must grab and hold on to for dear life.

And just as her eyes found a shaft of light that illuminated the room just enough to see their faces, to focus on the very man (men!) who gave her so much pleasure, she woke up to a cold, empty room, her heart racing, pulse flying like a supersonic jet, a cold sheen of sweat soaking her breasts, her cleft, her soul.

“No!” she cried out into the chilly silence of reality.

Pounding her fists on the unsympathetic mattress, she hit two, three, four times, her thin cotton nightgown stuck to her loose breasts, her hair flying with the force of her anger. 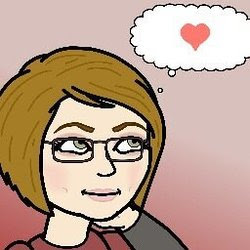 New York Times and USA Today bestselling author Julia Kent writes romantic comedy with an edge. Since 2013, she has sold more than 2 million books, with 5 New York Times bestsellers and more than 21 appearances on the USA Today bestseller list. Her books have been translated into French and German, with more titles releasing in the future in those languages, and in Italian as well.
From billionaires to BBWs to new adult rock stars, Julia finds a sensual, goofy joy in every contemporary romance she writes. Unlike Shannon from Shopping for a Billionaire, she did not meet her husband after dropping her phone in a men's room toilet (and he isn't a billionaire in a romantic comedy).

She lives in New England with her husband and three children in a household where she is the only person with the gene required to change empty toilet paper rolls.