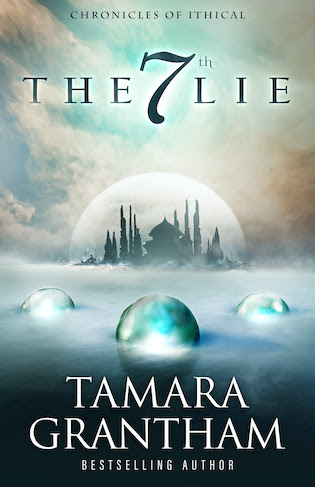 Agent Sabine Harper is thrilled to receive her first mission—until she learns what it is. Turns out, all she has to do is save the world from certain destruction. And she has two weeks to do it.

Sabine survives her grueling training by the Vortech Agency, but now she must protect the world from a devastating solar flare by finding seven energy stones—cerecite. If she refuses, they’ll terminate her father’s life-sustaining cancer treatments.

Sabine is transported to an isolated civilization hidden beneath a dome. She assumes the identity of the invalid prince’s caretaker and finds herself strangely attracted to the prince. But she’s perplexed by this strange island’s many mysteries. The air smells mechanical. Every blade of grass is identical. The island’s dimensions are bigger than they should be. What Vortech told her may not be true. She may not even know where she really is. And someone doesn’t want her to leave—at least not alive.

Freezing wind gusted as I stepped outside the facility. I pulled my hood over my head and followed Agent Logan through the snow.

“You ready?” he called, his frame hidden under bulky layers of clothing and a gray overcoat, a red-letter V stitched over the breast pocket.

I hesitated before answering. I’d spent half my night wondering if I’d made the right decision by staying. Finally, I’d sent off a quick message to Dad, telling him I loved him, I would come back. I was sorry about Mima June. My emotions were too raw to know what else to say.

I straightened my backpack’s straps. If he was asking if I had all my material things, then the answer was probably not, as I was famously lousy at remembering everyday things like a toothbrush and underwear. If he was asking if I had everything in my head—all the knowledge of Champ Island, the Bering Sea, the weather patterns, the gateway cave, the dome and the little information we knew of what was under it—then the answer was yes. I hadn’t spent the last six months of my life in training for nothing.

He nodded, then sat on his snowmobile, pulled his goggles over his eyes, and cranked the engine. The roar mingled with the howling wind. I cast one last glance at the facility.

The stark metal building loomed against a churning white sky. A single red light flashed from the antennae reaching up into the storm, as if it were a beacon screaming for help. I wasn’t sure it had stopped storming since I’d arrived half-a-year ago. I’d had no idea what I was getting into.

My nerves on that first day had been unbearable. After joining Vortech and making the cut to elite status, they’d sent me here to the top of the world, to a tiny, unknown island north of the Russian mainland. A place filled with mysterious sphere-shaped boulders that pocked the unforgiving landscape.

That’s when I’d learned about the dome, and my Kansas way of thinking—of Earth and everything in it—had been shattered forever.

After cranking my snowmobile’s engine, I pushed the throttle. Snow spewed behind me as I sped forward and followed Logan. I allowed myself to revel in the rush of wind, the crispness of the air, and the taste of ice on my tongue, something unfamiliar after being trapped inside the facility, with only a few trips to the outside world on my survival expeditions.

We sped past the wreck of the old immigrant’s ship. Weathered wooden planks comprised its hull. In some places, the boards stuck up like the bones of a whale’s skeleton. Whatever storm had pushed it to the top of the world must’ve been massive in scope.

The ship conjured images of the pages of a book I’d read as a child. The Lost Shipwreck of Champ Island. The book opened as if I were reading it again. Black-and-white photos and their captions popping out at me. How the ship got here is still a mystery. The immigrants’ disappearance is a mystery, too. After fifty years of study, scientists are beginning to fit the puzzle pieces together. No bodies were recovered, and in extreme temperatures such as those found on Champ Island, their remains would’ve been easily preserved. Some scientists believe they may have found a cave to take shelter in, yet no evidence of such an event has been recorded.

Beyond the ship lay an expanse of snowy wasteland. I dodged sphere-shaped boulders, some as small as ping-pong balls, others larger than my snowmobile. A blanket of white covered their tops, as if to hide their secrets. Lines of text from the Atlas of Champ Island jumped out in my mind.

Perfect spheres don’t exist in nature. Scientists have discovered the boulders were formed by water. However, because of the extreme temperatures, there are no recorded civilizations living on Champ Island, and no conclusive evidence that the spheres were formed by human hands.

Ice crystals crunched under our snowmobile’s skis, bringing me from my thoughts. I shook my head. Sometimes this photographic memory thing was a pain. I couldn’t stay focused on anything long enough before a book page hit me out of nowhere, and my concentration got jerked from one idea to another.

A howling wind echoed through the expanse. This far away from civilization, I imagined what it would feel like to be a shipwreck victim out here alone, with the screaming wind and the numbing cold. Where would I have gone from here?

The void of white faded with the setting sun, leaving the world drenched in gray. As we approached the substation, only the blinking red lights gave any indication we were near the bunker. The roaring engines grew quieter until we shut them off, leaving me with ringing ears in the sudden silence.

Logan removed his goggles. “You good?”

We got off our snowmobiles and headed for the entrance. I flexed my stiff fingers. Despite my gloves, the cold managed to seep through, straight to my bones, until numbness settled inside.

The black metal hatch loomed, a block letter ‘V’ etched into the plate. We trudged through the snow until we reached the keypad. Logan removed his gloves just long enough to press his thumb to the fingerprint pad. A red laser scanned his finger, then the pad turned green, and the hatchway opened.

Snow particles blustered around us. I stepped onto the metal grating and inside the bunker, then I walked with Logan down a metal staircase, our footsteps echoing with hollow clangs. The door sealed shut above us. Panic of being caged in weighed heavy in my chest, but I gripped the railing. 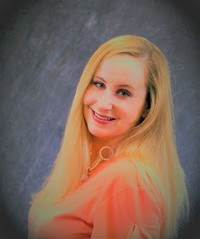 Tamara Grantham is the award-winning author of more than a dozen books and novellas, including the Olive Kennedy: Fairy World MD series, the Shine novellas, and the Twisted Ever After trilogy. Dreamthief, the first book of her Fairy World MD series, won first place for fantasy in INDIEFAB'S Book of the Year Awards, a RONE award for best New Adult Romance, and is a #1 bestseller on Amazon with over 200 five-star reviews.

Tamara holds a Bachelor's degree in English from Lamar University. She has been a featured speaker at multiple writing conferences, and she has been a panelist at Comic Con Wizard World speaking on the topic of female leads. For her first published project, she collaborated with New York Times bestselling author, William Bernhardt, in writing the Shine series.

Born and raised in Texas, Tamara now lives with her husband and five children in Wichita, Kansas. She rarely has any free time, but when the stars align and she gets a moment to relax, she enjoys reading fantasy novels, taking nature walks--which fuel her inspiration for creating fantastical worlds--and watching every Star Wars or Star Trek movie ever made. You can find her online at www.TamaraGrantham.com.