The Busker and The Barista by M. B. Feeney 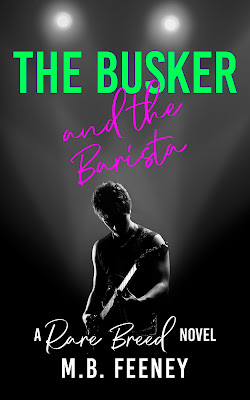 Ash Kane knows he’s a disappointment to his parents for not going to college. Instead, he splits his time between his band and busking outside a coffee house in Los Angeles. The cute part-time barista is just an added bonus.

When he finds out she hates the 90s alt rock he plays on the street, he makes a point of playing even more to get a reaction out of her, and relishes in her distaste.

When his band needs a new rehearsal space, they take over Camille Rogers' dad’s disused garage which she isn’t completely unhappy about, even if it means she needs to make more excuses to visit her dad and younger brother. The cute lead singer of the band in the garage is just an added bonus.

I absolutely adored this book. Ash and the gang, Camille and Leah, and a couple of really cool parents are well-crafted characters who bring this story of growing up and finding their way through a music filled world a smash. Bloody brilliant, Ms. Feeney! 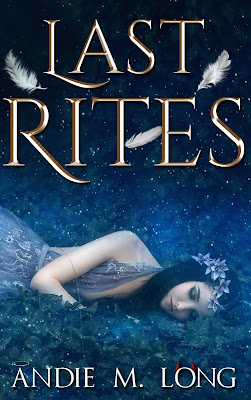 Released March 2019; 123 pages
Two worlds—Earth and Andlusan—collide when a car crash threatens to derail both.
Princess Mercy has recurrent nightmares of being a passenger in a crashing car. When her twin sister is discovered in her room trapped between planes due to forbidden magical travel, Mercy has only days left to save her life, while embracing the discovery that she is born of a family of witches.
Aaron Buckley lived through his brother's death. Except now Billy's somehow alive, and their mother's date clock says it's four days earlier. It's possible he's going insane, but he can't shake the feeling that the mysterious Thea, his brother's girlfriend, is connected to all this.
Mercy has to visit Earth and live as her sister to right her wrongs before it's too late. She has to pretend to be with Billy despite finding herself drawn to his moody older brother.
Aaron cannot understand why he now finds warmth where before he felt Thea's cold gaze. Now he's falling for his brother's girlfriend while trying to work out what the hell is going on…
*This book originally appeared in the boxset Rite to Reign.
MY THOUGHTS:

A mix of Frozen and Practical Magic
Reviewed in the United States on January 16, 2021
Verified Purchase
This was a fun twist on magic, royalty, and finding true love. Humorous and sweet with some sexy time snuck in, Last Rites will take you to another world. Literally.