NEW RELEASE: The Busker and the Barista by M.B. Feeney

It's finally time for readers to meet Ash Kane and Camille Rogers! 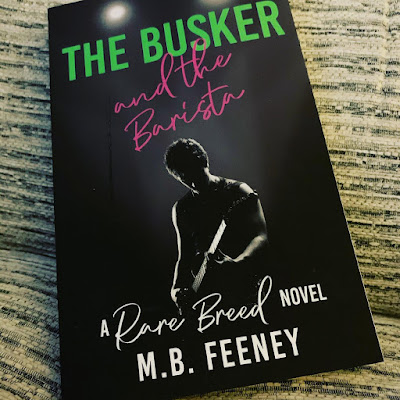 The Busker and the Barista by M.B. Feeney

Book One of The Rare Breed Series

Ash Kane knows he’s a disappointment to his parents for not going to college. Instead, he splits his time between his band and busking outside a coffee house in Los Angeles. The cute part-time barista is just an added bonus.

When he finds out she hates the 90s alt rock he plays on the street, he makes a point of playing even more to get a reaction out of her, and relishes in her distaste.

When his band needs a new rehearsal space, they take over Camille Rogers’ dad’s disused garage which she isn’t completely unhappy about, even if it means she needs to make more excuses to visit her dad and younger brother. The cute lead singer of the band in the garage is just an added bonus.