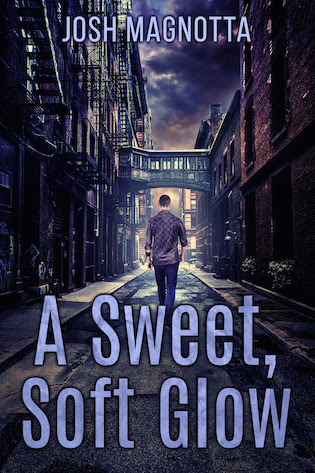 In the ten years since John Malley lost his wife and daughter, he has slowly faded into obscurity in a rural Pennsylvania town. He spends his days at the local bar and tries to numb the pain of his loss. That is, until Ted’s Dead Rose Tavern becomes the home of the biggest mass killing in the history of the town. John, the lone survivor of the killing-spree, is forced on the run. He heads north where he hopes to hide out at his brother’s house.

Meanwhile, in New York City, young Melanie Parker investigates a disturbing new trend she discovered online. From what she has learned, metallic black bands worn along the forearm are responsible for some form of mind control. Skeptical of this theory, Melanie embarks on a night time excursion that places her in the middle of a riot in the middle of the city. Melanie fights for her life as chaos spreads throughout the city.

As John witnesses the events in New York, he is compelled to take action. But once in the city, John is forced to confront his past.

He felt a soft, cool touch on his arm. He opened his eyes, and to his right, standing next to him in the rain was Elly. Tears streamed down her cheeks, her hands outstretched toward her father. John let go of the gun and rushed to her. He swept her off her feet and held her close. Her small arms squeezed him around his neck like they always had. She was here; he could feel her heart beating against his chest as he held her tight to him.

“Elly,” he cried, his tears fell into her locks of golden-brown hair.

Her arms still tightly around his neck, Elly leaned back so John could see her face. Her bright blue eyes shone back at him. And there it was, that smile he missed so much. Her face was bright, ebullient as always.

Then she was gone. John’s arms were still locked in her embrace, but she was no longer there. When he blinked, he could see her like the image on a polaroid coming into focus except in reverse. Each time he blinked, she became a little less. His head was numb, and he suddenly felt lightheaded.

Josh Magnotta has been a resident of northern Pennsylvania for most of his life. Throughout his early life and teenager years he was an avid writer but during college drifted away from the passion as work and other priorities took precedence. In 2014 he graduated from college and soon began working swing shift in a factory. It was here, during off shifts where Josh would read during the night to stay awake, that his passion for writing was rekindled. After leaving the factory-life behind Josh went back to college and began work on his first novel, A Sweet, Soft Glow. He has since been writing ever since.