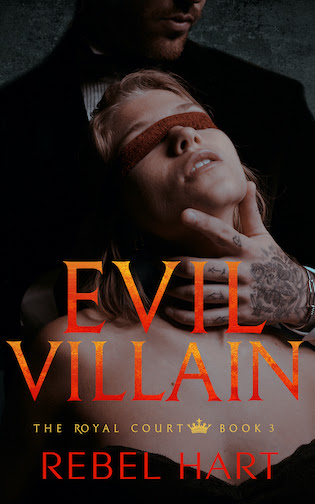 The man I love is missing, and there’s nothing I can do.

I need to find Deon.

All I want is to be in his arms again, but I don’t even know if he’s alive.

The Royal Court has changed dramatically, and we have to learn who we are again while trying to keep ourselves safe.

Will my new steely personality prevent my friends from accepting me?

Will our enemy get to Deon before we can?

Or will I be forced to mourn the death of the love of my life and my friends a second time?

When Cherri and I entered the kitchen, all eyes turned to us. Across from me, and much to my surprise, Nathan looked like he was on the brink of tears. Everyone’s glances bounced between us, and even as uncomfortable as it made me, I had to admit it was good to see him. He took a step forward and so did I. He shook his head with a little chuckle and held his arms out for a hug.

And then Sicily jumped in front of him and threw his arms around me.

“Deon!” he whined. “It’s really you! I’ve been dreaming of this day!” Even though there was damn near a foot between us, he squeezed me tightly. “I kept looking for you! Your best friend never gave up.”

“I heard,” I said, finally managing to wedge between us to push him back a few feet, but I set my hands on his shoulders. “Thank you. You took care of Cherri, you never gave up on me. You really are the best friend a guy could ask for.”

What I’d learned about Sicily in the limited time that we had to develop a friendship was that he didn’t do emotions very well. He was a natural jester, and when his feelings started to get the best of him, he did what any good jester did—he played it off with a joke. His feelings about being reunited with me must have gotten the best of him, because he started out kidding, but in the wake of my earnest statement, I watched all of his inner jokester fade away.

“Deon,” he said in his serious tone, an octave lower than his usual jubilant tone. “You’re like, the first real friend I ever had, and as much as I hated thinking you were out there in a ditch somewhere, if that hadn’t happened…” He looked past me to Cherri. “I wouldn’t have made the second real friend I ever had.”

Cherri stepped forward and slid between Sicily and me to pull him into a big hug. When she released him, I pulled her back so her back was against my stomach and put a hand on Sicily’s head. “You’re the first real friend I ever had too. When I went missing, you looked after the most important people in my life, my queen…” I looked across at Nathan. “And my brother.”

In an instant, Sicily turned back into the class clown, and his typical tone was back. “Oh! He called me his friend! Nathan did.” He looked back at him. “Tell him.”

Nathan nodded. “I did say that, and I’ve regretted it ever since.”

Everyone chuckled a little, then Cherri stepped aside and dragged Sicily with her. I finished crossing the kitchen, and doing something I honestly never thought I’d do, I pulled Nathan into a huge bear hug. I closed my eyes and breathed in the moment—actually bonding with a brother I hated. We had something that bonded us more than anything else ever could.

The manipulation of Connor Loche.

“So,” Nathan said, pulling away. “How about that dad of ours?”

Colette raised her hand. “Don’t you have to acknowledge that he’s your dad to some extent? Otherwise you wouldn’t be brothers.”

“No,” Nathan and I said in unison, and it brought that concept to an end in a flash.

“He’s done all he needed to do in making us brothers by spreading his seed,” Nathan said.

I nodded. “And now it’s time to stop him so he can’t bring that level of harm to anyone else.” 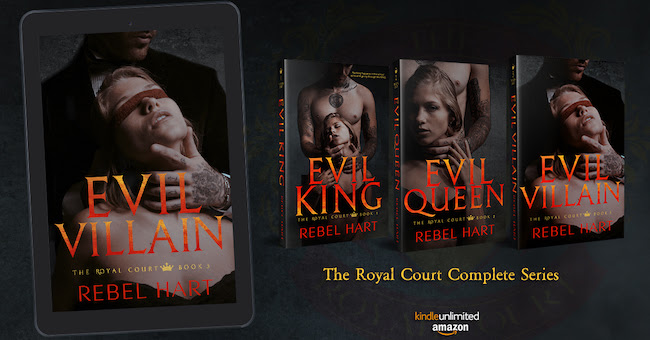 Rebel Hart is an author of Dark and Contemporary Romance novels. Her debut series is a #1 Amazon Bestseller called Diamond In The Rough. It's a High School Bully Romance with four books and a novella. Book one is Play With Me.

Text REBEL to 77948 so you don't miss any of her books (US only) or sign up at the bottom of the page to get an email alert when her next book is out.